A document of the abortion lobby created by racist Margaret Sanger

A Pamphlet of an Abortion Lobby: ‘Abortion Kills Life’ And Is ‘Dangerous’ for the Mother

«Abortion kills life after it has begun.» This is also contained in a pamphlet which also includes this warning addressed to mothers: «Abortion is dangerous to your life and health.»

A document published by a powerful abortion lobby

Someone will think that I extracted these statements from a pro-life pamphlet, but nothing further. The four-page pamphlet was circulated by the Birth Control Federation of America, a denomination that ran from 1939 to 1942 today the powerful Planned Parenthood Federation of America (PPFA), the abortion lobby that funded Hillary Clinton’s campaign, as Live Action remembered yesterday. The document appears on the website of the Sophia Smith Collection of the Smith College, in Northampton (Massachusetts, USA), and is part of a Planned Parenthood document archive from 1918 to 1974 preserved in that private female college. You can see it under these lines (click on the image to enlarge it). 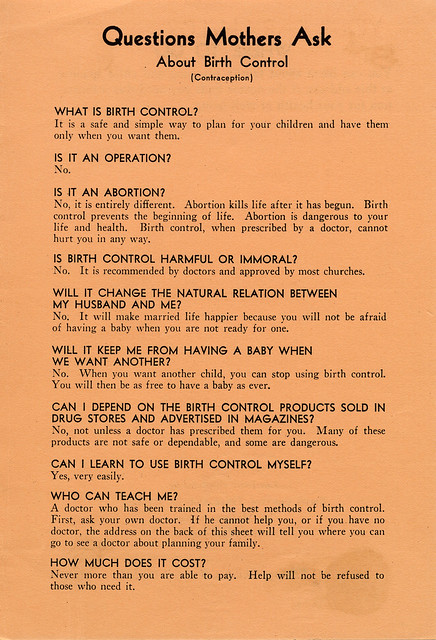 Planned Parenthood performs more than 300,000 abortions per year in USA

The unpublished pamphlet, «Plan Your Family for Health and Happiness,» featured a smiling black baby on its front page, indicating that it was aimed at African-American mothers. The statements acknowledging the lethal and harmful nature of abortion are in the third paragraph on page 3, which denies that the family planning services offered by this organization are a form of abortion. However, today abortions account for 30.6% of Planned Parenthood’s services, more than 300,000 abortions a year in the US, at a rate of 887 unborn children per day, one in 97 Seconds, being the PPFA, to date, the largest provider of abortions in the United States. This macabre business provides astronomical revenue to the abortion lobby: during Obama’s term, Planned Parenthood spent over $ 4 billion in public grants. An aid tap that Trump has already promised to close.

Planned Parenthood racist founder and her plans for blacks

It is no coincidence that this pamphlet was addressed to the black population. In a letter dated December 10, 1939, Margaret Sanger, founder of Planned Parenthood, wrote: «The most successful system for educating the black is to appeal to his religion. We do not want word to go out that we want to exterminate the Negro population, and the minister is the man who can straighten out that idea if it ever occurs to any of their more rebellious members.» In Chapter 29 of her «Autobiography,» Sanger also related a lecture he gave to the Ku Klux Klan, with these words: «Always to me any aroused group was a good group, and therefore I accepted an invitation to talk to the women’s branch of the Ku Klux Klan at Silver Lake, New Jersey (…) A dozen invitations to speak to similar groups were proffered.» Despite being a famous racist and champion of eugenics, Planned Parenthood’s annual awards continue to be named Sanger.