Loreena McKennitt, «Dante’s Prayer»: A Beautiful Prayer That Came From a Hell

I have been fond of Celtic music for many years, and within it one of my favorite artists is by far the Canadian singer, pianist and harpist Loreena McKennitt.

Born in Morden in 1957, Loreena has a truly magical voice and her albums are full of experiences that she has been traveling through her travels around the world. All his work is in English, although one of her songs has also been recorded in Spanish, precisely the topic of which I am going to speak today: «Dante’s prayer.»

There are very few songs that I can remember perfectly the day and the place where I heard them for the first time. This is one of them. It was January 6, 2000, if the memory does not fail me. The Magi had brought me a magnificent gift: a Loreena’s double album entitled «Live In Paris And Toronto». The tracks of this album were recorded in concerts in those two cities, during a tour celebrated in 1998. The last song of the first disc was «Dante’s prayer», that had appeared for the first time in its album «The Book of Secrets», published in 1997. I remember that I was sitting on my bed when I first heard this song, and both the melody and the lyrics left me thrilled. But where did this issue come from?

In the booklet of «The Book of Secrets», Loreena explained that this song had its origin in a trip on the Trans-Siberian, the longest railway line in the world (more than 9,200 kilometers). From that train, on December 17, 1995 Loreena wrote: «It is now Day 5 on this train journey across wintry Siberia. Travelling alone, it is strange not to be able to have a conversation with anyone, but one learns how much can be conveyed through actions, body language, a look in the eye…» Another annotation appeared dated December 18: «Dante’s “The Divine Comedy” keeps running through my mind as I gaze out at the landscape passing before me, thinking of the people who inhabit it and how they share this human condition… How has the West come to this place of transition? Are our lives really what they imagine?»

Imagine for a moment the situation: at that time, it was four years since the fall of the Soviet Union. Siberia was an inhospitable place in which many people had died during the Stalinist deportations. In Siberia many fields of the Gulag were installed, which made it a hell for hundreds of thousands of human beings, with episodes as frightening as that of the Road of the Bones. It was, without a doubt, a good place to remember the trip to hell that Dante made in the «Divine Comedy», and in the people that Loreena must have known on that trip, surely she perceived the same thirst for salvation that this song transmits.

You can hear in this video the first version of the song as it appeared in «The Book of Secrets»:

It must be said that the song not only has a Russian origin, but also a Russian choir participated in its recording: the St. Petersburg Chamber Choir, directed by Nikolai Korniev. At the beginning and at the end of the song, in its original version, this choir is heard performing a piece entitled «Alleluia, Behold the Bridegroom» (the original Russian title is «Аллилуиа. Се жених грядет»), an anonymous theme that emerged in Russia in the eighteenth century. You can listen to the full version of this choral piece here:

The famous work of Dante Alighieri, to which Loreena refers, is not a «comedy» in the sense that today we give to that word. In the Middle Ages, when that work was written, it is called «comedy» to the poems with happy ending, in front of the «tragedy», which were those that had a fateful ending. Dante’s work spoke about redemption, and it is the story of a lost man looking for the way to God. If you do not know who Dante was, you may come to think that this theme is a loving ballad full of longing for the lost woman, but it is not like that: the lyrics are full of veiled references to God, and it is to Him that the song asks: «Please remember me». You can listen here to a recording made by Loreena in a concert in Spain, specifically in the Palace of Carlos V in the Alhambra in Granada:

In 2008 a collection of three discs of Loreena with the title of «The Journey Begins» was published, that included a fourth disc with unpublished themes, among them a version of «Dante’s prayer» with the letter adapted to Spanish, conserving the choir Russian at the beginning and at the end. I say adapted because this Spanish version is not a literal translation of the original letter in English:

In April of 2017, Loreena played this theme in the tribute to the Canadian soldiers fallen in the Battle of Vimy in 1917, on the occasion of the centenary of that bloody combat that took place in the North of France in the First World War. A good time to sing that «Please remember me» on behalf of those young people who fell so far from their homes:

And regarding this tribute, a note: Loreena McKennitt is honorary colonel of the Royal Canadian Air Force since 2015. Previously, in 2006, she had received that same distinction from the 435 Transport and Rescue Squadron, because in 1998 she founded the Cook-Reese Memorial Fund for Water Search and Safety, after the death of her fiancé in a nautical accident (why hear her sing her «Penelope’s song» -about a woman who waits and longs for her love on the coast- It is especially sad). You can see her here in uniform: 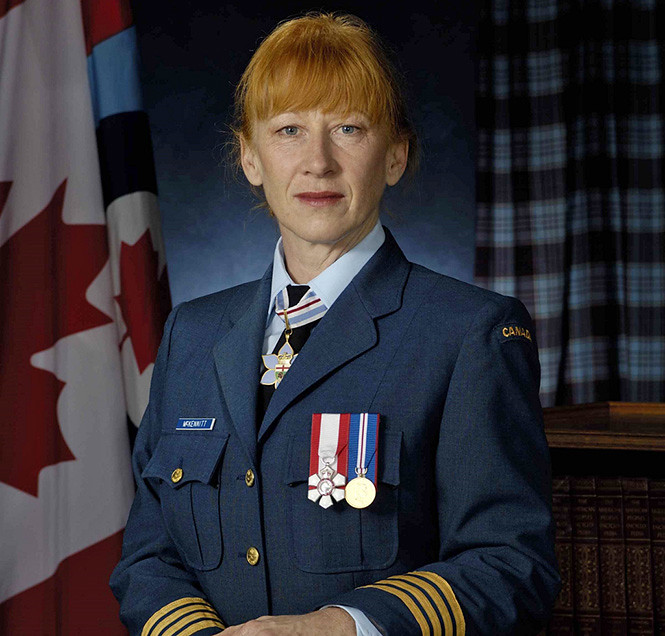 You can read here the lyrics of the song in English:

When the dark wood fell before me
And all the paths were overgrown
When the priests of pride say there is no other way
I tilled the sorrows of stone.

I did not believe because I could not see
Though you came to me in the night
When the dawn seemed forever lost
You showed me your love in the light of the stars.

Then the mountain rose before me
By the deep well of desire
From the fountain of forgiveness
Beyond the ice and the fire.

Though we share this humble path, alone
How fragile is the heart
Oh give these clay feet wings to fly
To touch the face of the stars.

Breathe life into this feeble heart
Lift this mortal veil of fear
Take these crumbled hopes, etched with tears
We’ll rise above these earthly cares.

Finally, this is the lyrics of the Spanish version of «Dante’s prayer» recorded by Loreena McKennitt: