The aggressor attacked him from behind, pushing him down the subway stairs

This morning the police union Jusapol has returned to demonstrate in Barcelona to ask for wage equalization for the Spanish National Police and the Civil Guard agents.

The demonstration of Jusapol, which had been legally convened and developed peacefully, gathered thousands of people with flags of Spain and several autonomous communities.

Close to it, hundreds of separatist thugs from the CDR, many of them hooded, were trying to violently burst the demonstration. The Catalan Police has been limited to contain them until the thugs have attacked the agents by throwing various objects. Then the Catalan Police have charged against the separatists.

Once the demonstration was over, a Jusapol sympathizer who had participated in the march was pushed by a separatist down the subway stairs. The brutal aggression occurred in the back. 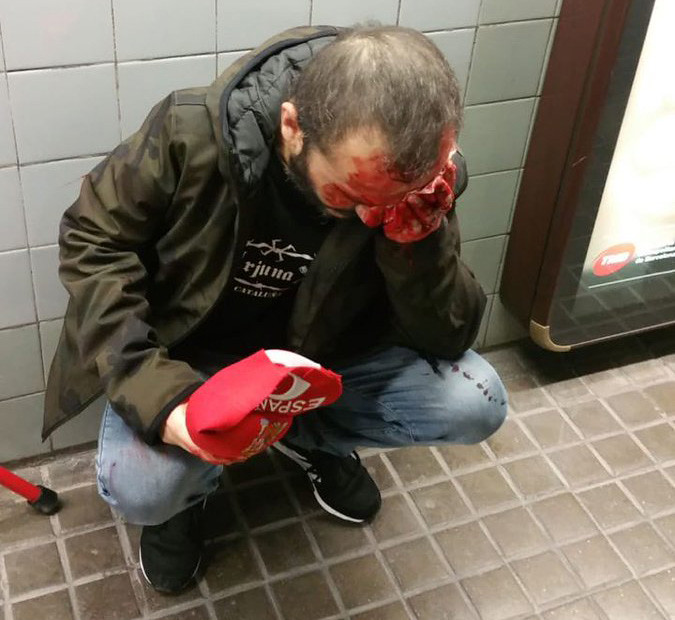 The man wore a red cap with the flag of Spain, and the attack took place without a word with the aggressor. 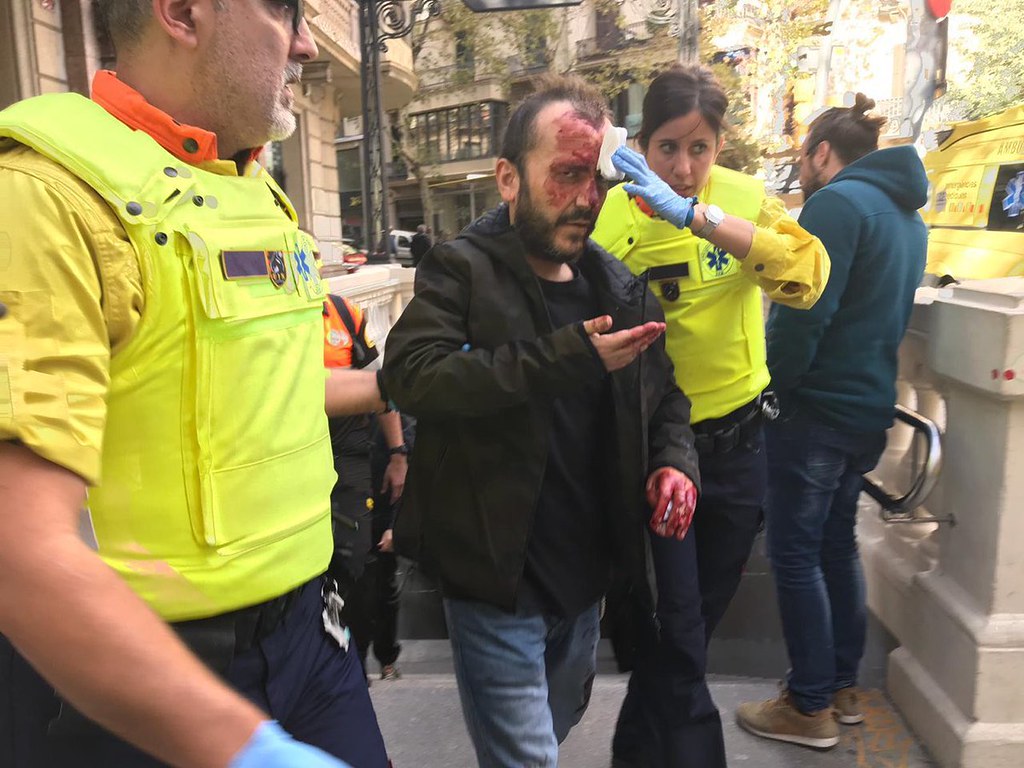 The assaulted has suffered various injuries and has required health care. You can see here a photo that the victim has posted on social media after receiving care in a hospital. 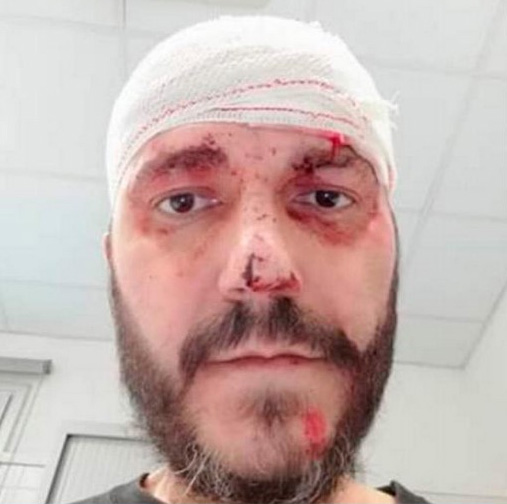 PSOE, Podemos and separatists are silent about the aggression

The fact is that two hours ago, the separatist deputy of the ERC, Gabriel Rufián, labeled the members of Jusapol as «delinquents», without making any reference to the attempt of the separatists to burst a legal and peaceful demonstration. Pablo Casado (PP), Albert Rivera (Cs) and Santiago Abascal (Vox) have already shown their rejection of the aggression. The PSOE and Podemos have not spoken (this morning Sánchez accused PP and Cs of «undermining the pillars of social harmony and peace»), and the Podemos ideologist Monedero launched a hoax this week saying that «the right wing would like to go through the arms to the Catalan separatists», but their parties still have not had time to pronounce on the separatist violence of today). So far, neither Rufián nor any other separatist politician has condemned this aggression.