Miami: Hispanic demonstration against BLM violence shouting “down with communism”

The wave of violence unleashed in the United States by left-wing extremists from Black Lives Matter had a response in Miami, Florida, this Sunday, June 14.

A few days ago, several BLM fanaticss attacked the statues of Christopher Columbus and Juan Ponce de León, discoverer of Florida, in Miami. Vandals painted the statues with the letters BLM (Black Lives Matter) and the communist symbol of the hammer and sickle. Miami Police arrested seven people accused of committing these attacks and also of assaulting officers and damaging police vehicles. 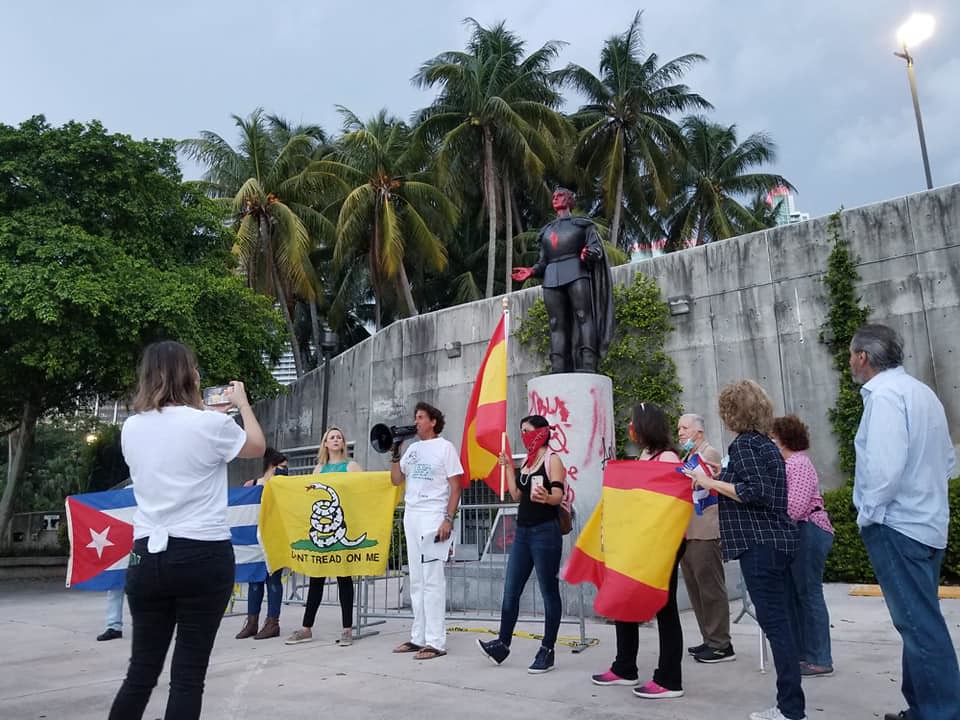 As reported by Diario de las Américas, this Sunday a group of Hispanics demonstrated in front of the vandalized monuments to protest against the “apology for communism, which has brought suffering to our Cuban, Venezuelan, Nicaraguan brother peoples.” The protesters showed their “most resounding rejection of the attacks and destruction perpetrated against two statues representing millions of Hispanic Americans”, acts of vandalism that they consider “an attack on the Hispanic heritage as a whole by the self-proclaimed “anti-racists” who are really nothing more than extreme left groups, enemies of freedom and democracy and bigots who seek to undermine individual liberties and pit each other against the rest of the population and other minorities.” 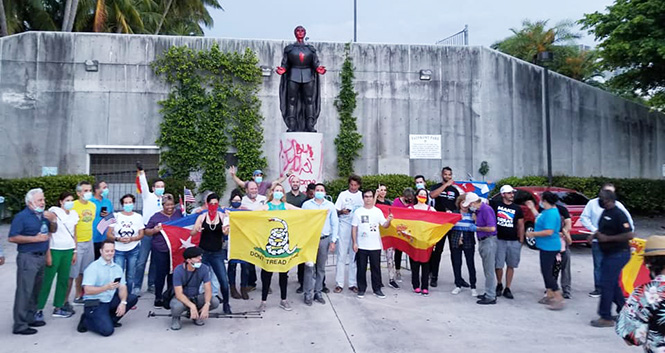 Spaniards, Venezuelans and Cubans among those attending the protest 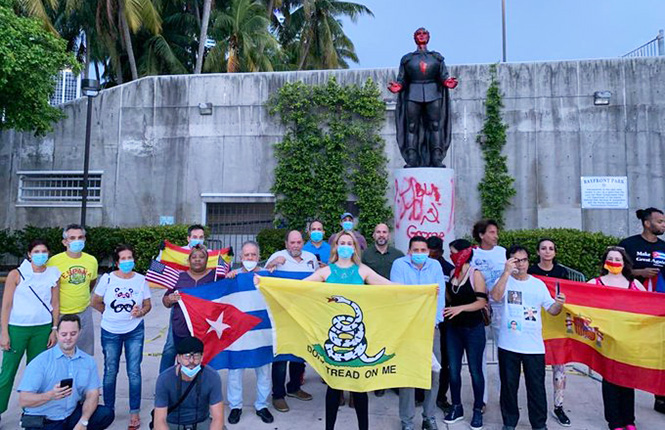 The protesters carried Flags of Spain, Cuba and the United States, in addition to the Gadsden Flag, designed in the 18th century during the War of Independence for the United States Navy and which today is widely used among defenders of the individual liberties for its motto “Don’t tread on me”, which symbolizes the American resistance against tyranny. 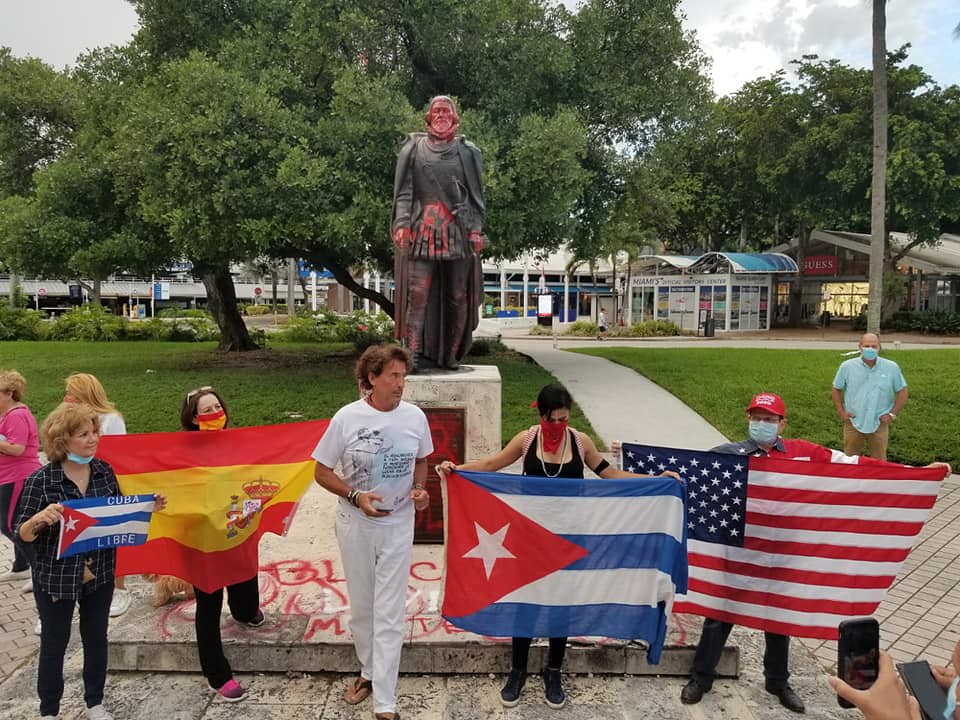 During the rally the complicity of BLM with the left and with the dictatorship of Nicolás Maduro in Venezuela was denounced: “we could see this week images of the co-founder of Black Lives Matter smiling at his meeting with the Venezuelan narco-dictator and tyrant Nicolás Mature. And what is worse, this past week we were able to listen directly in a videoconference the words of the ruthless ex-Spanish president José Luis Rodríguez Zapatero on how the members of the Puebla Forum should put the US in an impossible situation.”

Shouts of “Down with communism” and “Long live Latin America”

The event called for the freedom not only of the political prisoners that exist in Cuba, but “throughout the world because of socialism, because of communism”:

During the act, cries of “Long live Freedom”, “Long live Hispanic America”, “Free Cuba” and “Down with communism” were heard, as you can see in the following video:

My applause and my hug for these Hispanic brothers. Long live Hispanic America! Down with communism!