Fanatics of gender ideology use violence against the discrepants

The violence launched by LGTB extremists in Spain against the orange bus of HazteOir.org already has imitators in the other side of the Atlantic Ocean, concretely in the city of New York.

Attack on a bus that demands respect and freedom of speech

Unfortunately, as in Spain, this peaceful initiative, which calls for respect for freedom of speech and “respect for all”, has come up against the violence and intolerance of those who wish to impose gender ideology on the whole of society. Earlier this afternoon in New York, LGTB radicals attacked the bus, scratching the bodywork, breaking the front window with a baseball bat and making painted all over the vehicle. Almost an hour ago Gregory Mertz, campaigns director for CitizenGO in the USA, posted a live video on the Facebook page of this platform, showing images of the bus after the attack:

Mertz points out that a man broke the front window of the bus with a baseball bat. The Metropolitan Police of New York has appeared in the scene after the attack, which has happened near the headquarters of the United Nations, where Ignacio Arsuaga, president of HazteOir.org, is offering a conference at the moment that can be followed in Direct here.

+ UPDATED 0:32h: CitizenGO has just published in its Flickr account some photos of the damages caused by the LGTB radicals in its bus: 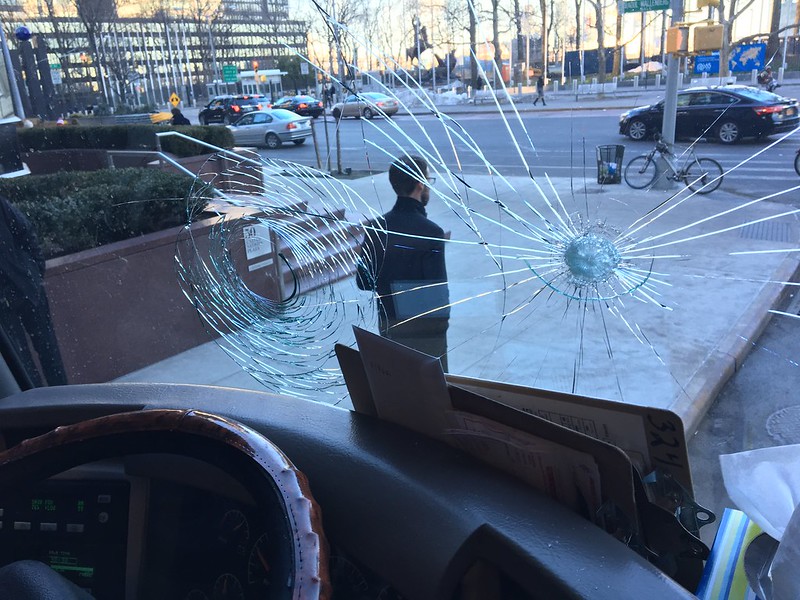 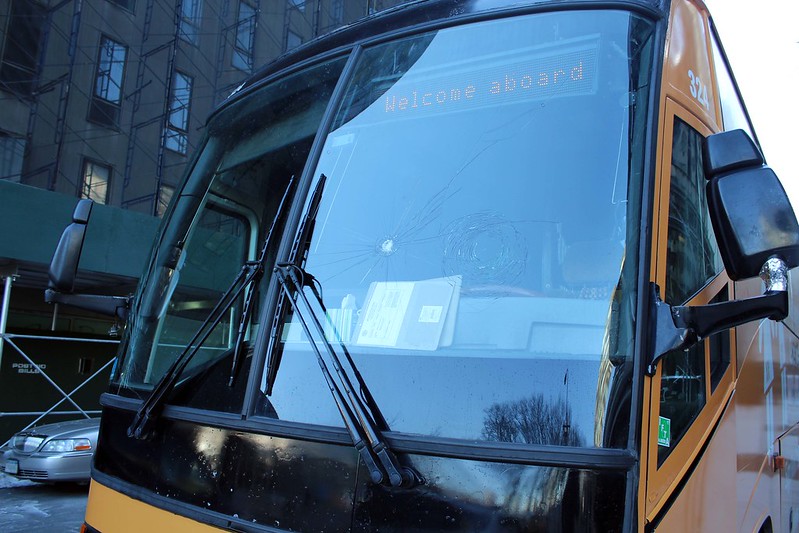 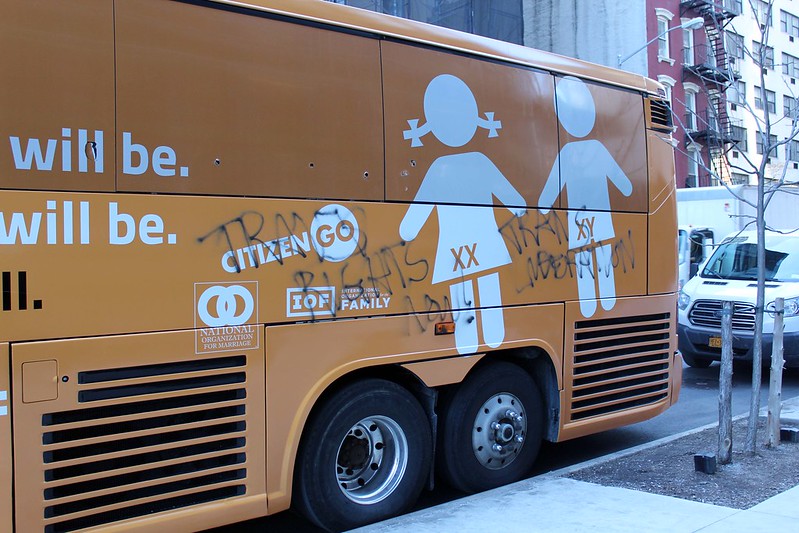 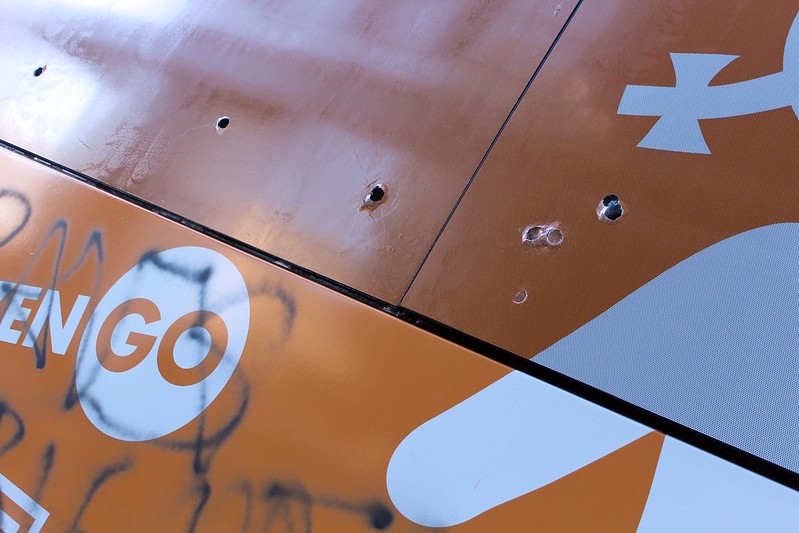 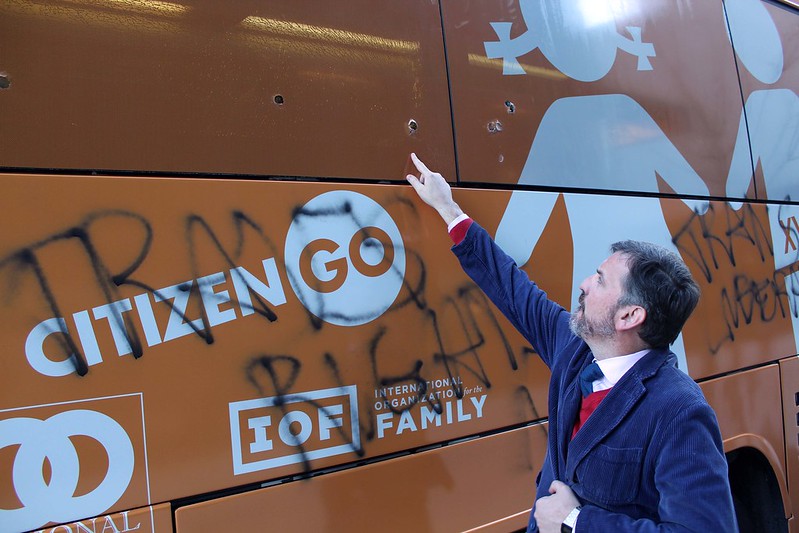 I am informed from the organization that “the holes of the lateral windows were made with a hammer. The front window was broken with a beisbal bat. It happened around 4 pm local time, very close to UN building. They were 3 men, one with multicolored hair.” They also point out that the police came afterwards, “asked for surrounding buildings and business for the recording of the cameras”. CitizenGO had filed a complaint for this attack, and notes that “the Police officers looked very worried, and trying to help catch the violent agressors”. I hope they catch them and pay for what they have done.