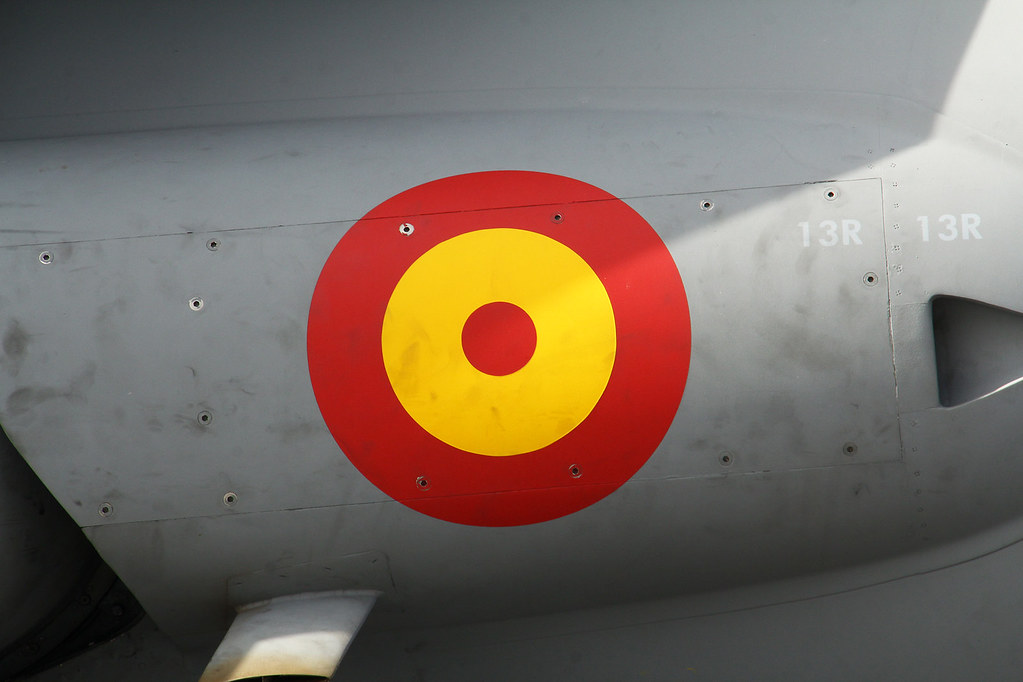 Cockade of Spain, national emblem used by the aircraft of the Spanish Army, the Spanish Navy, the Spanish Air Force and the Civil Guard. The cockade of the image is on the starboard side -right next to the front nozzle- of a McDonell Douglas EAV-8B+ Harrier II (the VA.1B-36 / 01-924), embarked on the amphibious aircraft carrier “Juan Carlos I” L-61. I made this photo in the recent visit of this ship to Vigo.