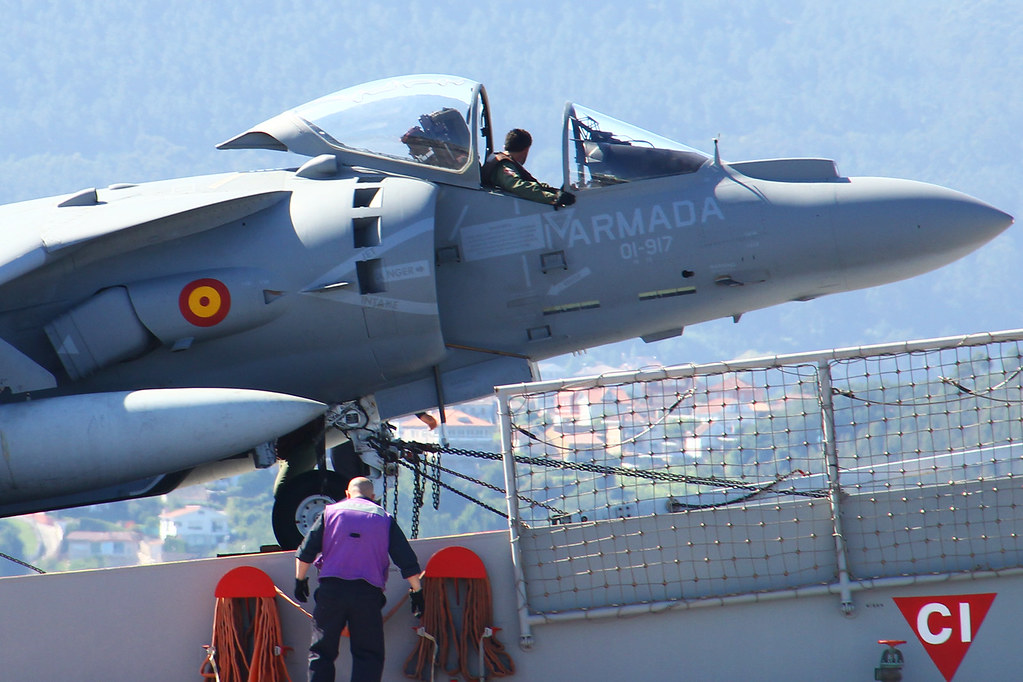 Harrier II on the Take-off Ramp of the L-61

The man in the cockpit of the Harrier II is an aircraft cockpit of the 9th Squadron. They are distinguished by their brown vest, and they are in charge of checking and enlisting the aircraft for the flight, and of revising them on their return to the ship.

Below we see one of the “Grapes”, which is how the flight deck personnel are known. They are in charge of supplying fuel to the aircraft and the special vehicles used in the hangar and flight decks. His nickname is due to the purple color of his vests. You can read here (in Spanish) how to distinguish all the Navy deck personnel by the color of their vests.