Wilson Gavin, 21, was a Catholic, monarchist, conservative and homosexual

If we rely on certain madia we would have to believe all gay people defend the same ideas (leftists) and share the same thesis (gender ideology). It is not true.

An example of this was the young Australian Wilson Gavin, 21, a Catholic, monarchist, conservative and homosexual. He studied at the University of Queensland, in Brisbane, in Western Australia, and was the president of the UQ Liberal National Club, one of the most veteran conservative university associations in that country. He did not consider himself a victim because he was gay, on the contrary. In an interview in 2017 – I put the video below – he declared: “I’m very blessed to live in Australia, I think. My family have always been completely supportive of my sexuality. I went to a Catholic School – the school was very supportive of my sexuality. I’ve never experienced overt discrimination or hatred of any type regarding my sexuality. I’ve never felt hated for being gay in Australia.”

In 2017 Wilson showed up to disagree with the theses of the LGTB lobby, rejecting the imposition of gender ideology in schools and the matching of marriage with same-sex couples. At that time he declared: “They’re not going to stop at marriage. Their goal is to tear down the family and every traditional institution in Australia. They just hate everything that I love – they hate me because I’m a conservative. And they hate me more because I’m a gay, and I can say to them, I’m gay. I’m not a homophobe, I love gay men! You can’t call me a homophobe just because I oppose same sex marriage, just because I’m against your agenda. You can’t shout me down the way you can most people. You can’t shout me down by saying I’m a bigot and I’m a homophobe.” In that interview, Wilson had also stated: “I think the rights of children are some of the most sacred rights that we have in our society.”

Dave Pellowe, a friend of Wilson, commented on Tuesday the risk that Wilson assumed in making those statements, remembering that he was the only Australian gay who dared to disagree with the LGTB agenda in the open (another backed down, and a third preferred that his face was not shown): “These young men understood the personal risk and potential cost to their careers and reputation if they dared to dissent from the status quo. As if to prove the stakes, we conducted the interview the week after the three ladies from the first Coalition for Marriage video were viciously persecuted, threatened and intimidated, even facing petitions to end their careers for voting no.” A sample of the growing censorship that is being experienced in many countries against any discrepancy of the progressive ideological agenda. Wilson had already recognized then: “As a conservative you are just subjected to an unending barrage of vitriole and hatred and of the nastiest comments imaginable.”

A massive lynching in the media and online last weekend

Last weekend a video went viral in which Wilson and other members of his association protested against a talk of a drag queen for little children, chanting the slogan “Drag queens are not for kids”. That defense of children against sexual indoctrination was answered by a massive media and on social media lynching by the so-called ‘progressives’. The thing was not limited to the Australian sphere: the British leftist newspaper The Guardian published the name of Wilson Gavin, indicating him as responsible for that protest. The consequences were not long in coming: both Wilson and his association suffered a massive lynching on social networks by supporters of the left and LGTB activists, to the point that Facebook has deactivated the page of that conservative university association after the avalanche of comments they received (when trying to access it, it is not available at this time).

This Monday they found Wilson in critical condition at a station

This Monday morning, after 7:07 hours, emergency services and the Queensland Police went to Chelmer railway station, in Brisbane, after a young man was found with serious injuries. The police have described what happened as suicide. The fact has shocked the entire country, and has opened a serious debate not only about the harassment in social media, but about the fanaticism of supporters of gender ideology, which has not even been had with the death of the young homosexual. As Chad Felix Greene said on his Twitter yesterday, many members of the LGBT community have continued to send offensive messages and even teasing Wilson after knowing his death. The fact that the deceased young man did not subscribe to the same ideological thesis, prevents them from seeing him as a human being: an odious attitude that reduces all credibility to the discourses of that lobby on ‘diversity’. 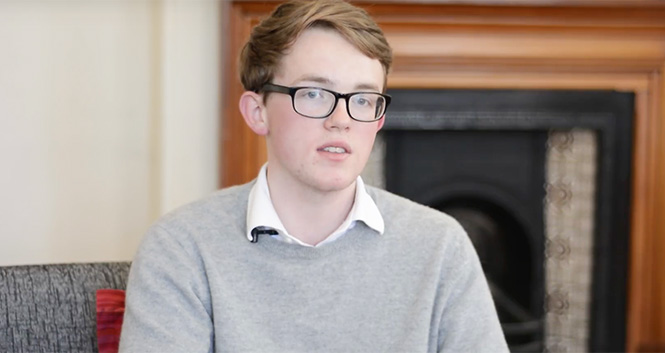 In an article published yesterday by The Federalist, Greene – who is also gay and conservative – makes a very critical reflection with the LGTB collective: “A young man ends his own life, and hundreds of people cheer and laugh, confident in their assessment that he was a bad person and therefore, the world is better without him. It seems the internet has created a generation wherein cruel comments and self-righteous indignation are as freely posted and forgotten as emojis in a text. But these words last forever, and they show us the world in which we live. Cruelty as social justice? The leaders of the left stay silent.” (…) “Gavin faced nationwide condemnation and intense bullying and harassment online for taking a stand.”

Green adds: “It is difficult to imagine the weight Gavin carried, with nowhere to turn while the full force of the LGBT media raged against him. Some people on the right who have risked standing up to the left know exactly how intimidating and frightening it can be. Seeing your name, your face, and your reputation distorted into a caricature over which you have no control is something no one is prepared for. The cruelty and determination of the LGBT mob is unlike anything else one can experience.” (…) “The LGBT mob and media simply cannot see that they are the source of hatred and bullying,” Green says, who believes that “the LGBT world came crashing down on him for the act of standing up for the innocence of children.”

A hero who “defied the toxic ‘tolerant progressives'”

Dave Pellowe comments on his blog: “The evil of the leftist ‘tolerance’ charade is they appoint themselves the moral police, judge and executioner of anyone who reaches different, traditional moral convictions or shows even an ounce of the public interest they permit themselves. The use of social media for bullying is well documented as are the too frequently tragic results.” Dave considers Wilson “a hero who refused to be bullied into silence by the angry mob or to fear the personal cost of living out his convictions. I will remember him as the brave man who certainly was not a homophobe but defied the toxic ‘tolerant progressives’.”

Wilson’s family remembers his compassion for the needy

Yesterday, Wilson’s family published a statement saying: “We loved Wil for his compassion and sense of justice – just some of the many things he got right. We respected the unwavering strength of his convictions and desire to make the world better. And we admired Wil’s drive to contribute, so often in ways not many knew about – like serving at a soup kitchen every Saturday or the year he spent teaching kids in Mongolia. He would regularly give the last note in his wallet to a homeless person on the street. Wil worked tirelessly for causes without personal gain, gratitude, or in some cases, loyalty.”

Significantly, and although what happened has been news in many English-language media not only from Australia, but also from the United Kingdom and other countries, only two Spanish-language media have reported on the Wilson’s suicide: Todo Noticias, this Tuesday, and Actuall, yesterday. This amazing media silence is common when a fact does not fit the ideological maxims of the political and media left. When that happens, the news is not published.

Serve this post as a tribute to Wil. Rest in peace.