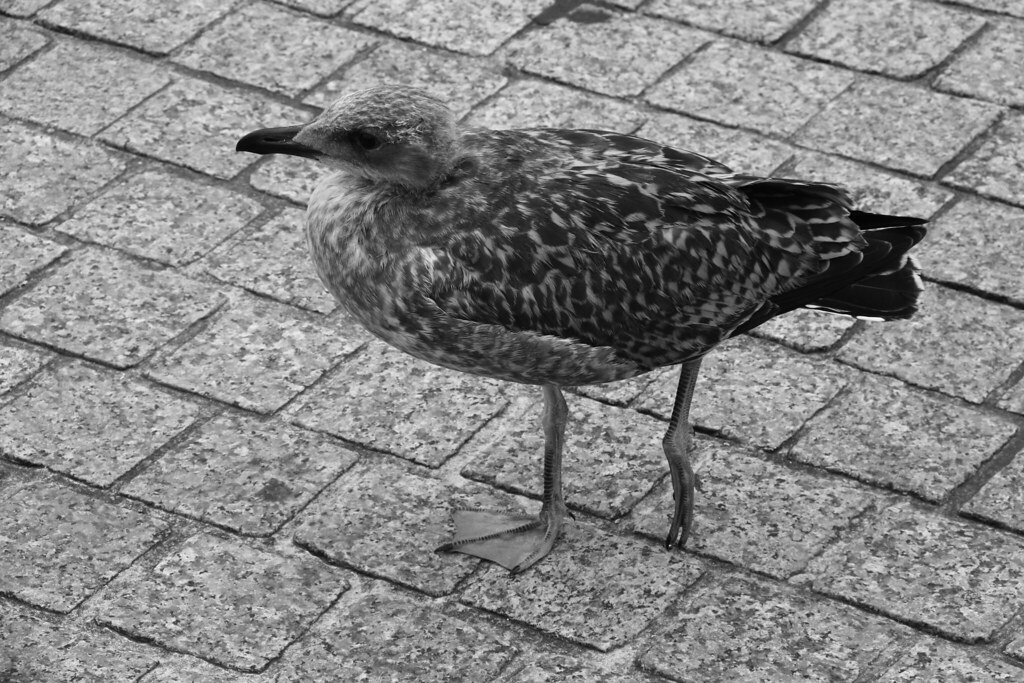 It is a yellow-legged gull (Larus michahellis) at its young age, that is why it has a brownish plumage. I saw it at the beginning of August in La Coruña, on Capitán Troncoso street, behind the Palace of María Pita. I noticed her because she was struggling, with leaps and a raised leg. I stared at her for a while. She was lame and gave me a little pity. As she saw that he did not make any hostile gesture, she stayed close to me without showing any fear.

A lady was walking with a small dog and he suddenly came running and barking at the seagull. Besides being lame, she did not fly well. She made small flights of stairs down to the square until she realized that the dog was already far away. I also had to get off, so I went after the seagull. Once in the square, a little girl saw it walking with her father. The little girl approached her carefully, and the young seagull made no attempt to escape. I explained to them that the seagull was limp and had just come down the stairs in jumps.

A moment later the girl and her father left. The seagull continued striding toward the center of the square. She followed me for a moment. “As you go on like this, you’re going to end up in Vigo,” I said. It was time to leave and there she limped … I hope she found something to eat (it is a square with several restaurants), because under the conditions she was, she would soon die of hunger.