Spain: Separatism and far-left lie to ask for the crime to go unpunished

Political Prisoners? No: Prisoners for Harassing the Civil Guard and Destroying Three Vehicles

The National Court has pointed out to Sánchez and Cuixart as the main instigators and organizers of the violent act of harassment suffered by agents of the Civil Guard and a judicial secretary on September 20 in Barcelona, when thousands of separatists, called by the ANC and Òmnium, kept the agents and the secretary for hours while they practiced in the Generalitat’s Ministry of Economy. During that act of harassment, the separatist demonstrators wrecked and looted three all-terrain vehicles of the Civil Guard, breaking the crystals, puncturing the wheels, making painted in their bodyworks and stealing of their interior backpacks belonging to the agents and even weapons that were in the interior of vehicles. 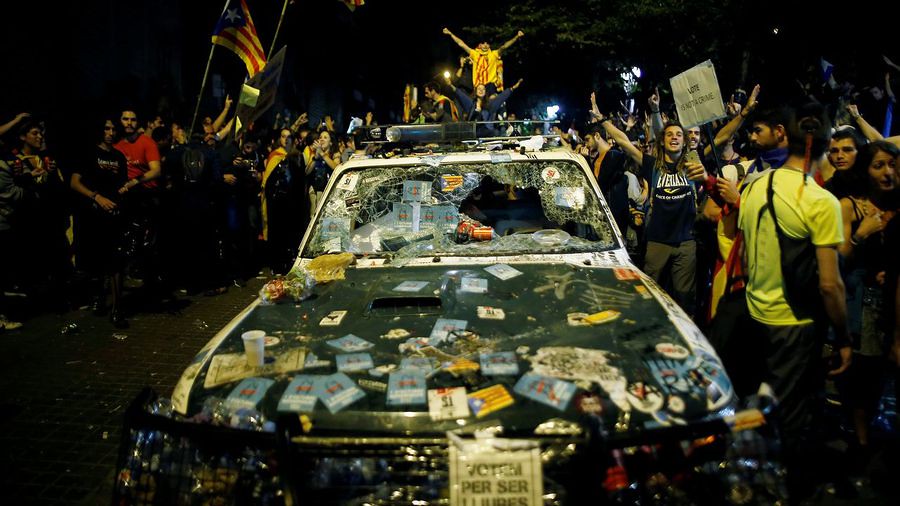 Sánchez and Cuixart were the instigators of the violent demonstration

In that act of harassment, Sànchez and Cuixart were photographed mounted on the shattered vehicles, addressing the crowd: 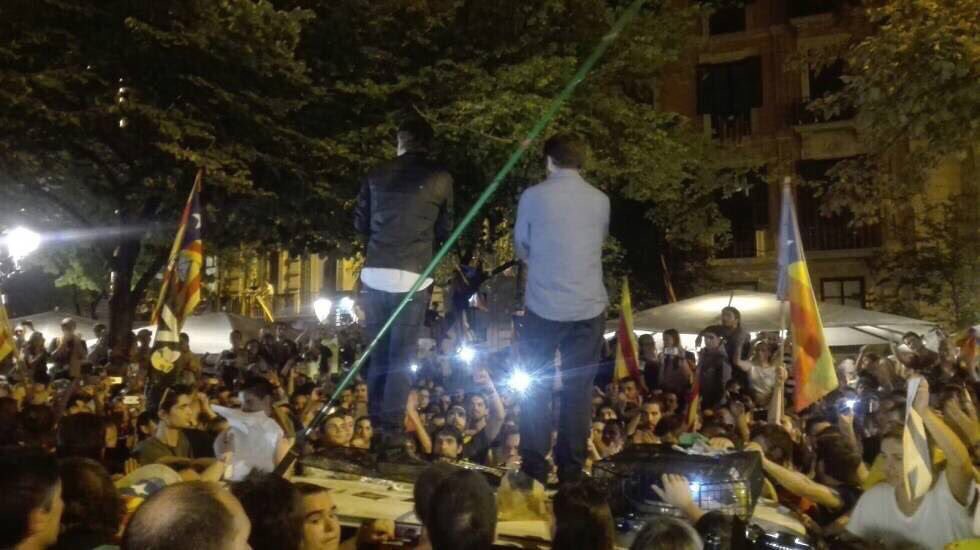 The National Court points out the obvious: that it was a violent protest, adding that the two defendants had a “key role”, “also rising as their main promoters and directors, staying ahead” of the gatherings throughout the day. Sànchez and Cuixart carried the “initiative in an intended negotiation with the civil guards, encouraging and directing the action of the congregations, inciting them to remain in the place and giving them orders”. These are very serious facts, typified by Article 544 of the Spanish Penal Code as a crime of sedition, which is committed by those who “rise publicly and tumultually to prevent, by force or outside legal channels, the application of Laws or any authority, official corporation or public official, the legitimate exercise of their functions or the fulfillment of their agreements, or of administrative or judicial resolutions.” In accordance with Article 545, and in the case of the inducers of that act of sedition, defendants could be sentenced to four to eight years of imprisonment.

As was foreseeable, Catalan separatism and its useful fools soon came to the aid of the detainees, presenting them as political prisoners. The favorite servant of the separatist caste, Pablo Iglesias, hinted last night that the accused are detained for being “Catalan independendists”:

The ideologue of Podemos Juan Carlos Monedero, in the same vein, argues that the Jordis have been arrested because they “wanted to vote”:

But he who has beaten all the marks of cynicism has been the leader of the separatist coup. In an English message, Carles Puigdemont has described the detainees as “political prisoners” and has assured that they are in prison “for organizing peaceful demonstrations”:

This is already the height of shamelessness. I wonder if they would say the same thing if someone had done this with their cars: 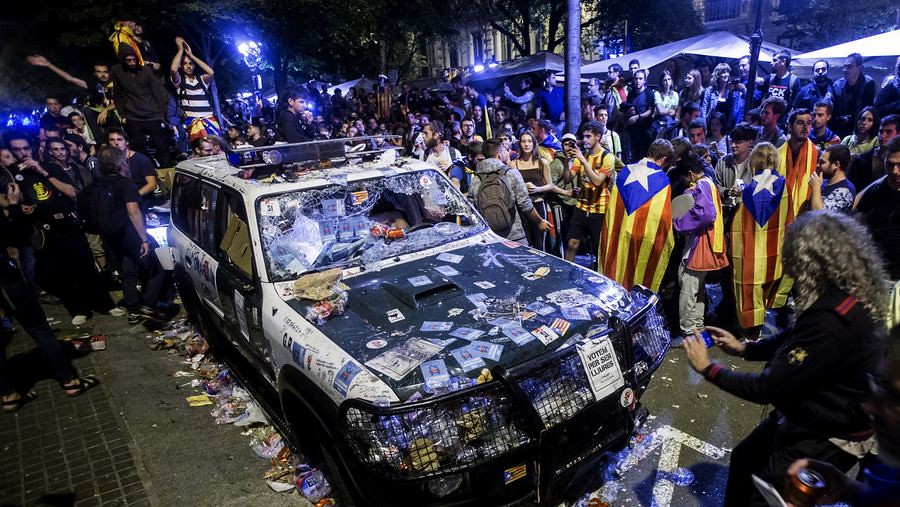 But do not go too far to check the double standards of these individuals. Precisely a few days after that act of harassment of the Civil Guard, several falangists who participated in the assault on the Blanquerna Cultural Center in Madrid in September 2013 were confirmed in prison. The accused were sentenced to between 6 and 8 months of imprisonment by the Provincial Court of Madrid in February of last year. In January 2017, the Spanish Supreme Court upheld the sentences, implying the imprisonment of four of the accused, sentenced to between three years and 11 months and four years and 2 months in prison. It was a less serious criminal act than the one that involves harassing law enforcement for hours and destroying three of its vehicles. Nevertheless, neither Puigdemont nor the leaders of Podemos considered “political prisoners” to these falangists.

The objective of the far-left: to benefit from the instability created by the separatist coup

Of course, the essential condition for a democracy is that no one is above the law. Committing a crime as serious as that of sedition is not conduct that could go unpunished. Trying to prevent the action of the forces of order by ways of violence will enter into what separatism and far-left consider acceptable – whenever they do their affines, of course – but that in a state of law is intolerable. What is an insult to democracy is that they are now calling these seditious “political prisoners”, a term they used to support the terrorist of ETA Arnaldo Otegi. And is that for Catalan separatism and for their servants of Podemos, the law is for the others to fulfill, not them. If you stop paying the municipal taxes or a traffic ticket in a city council governed by Podemos, the same that believe that a crime of sedition should have no consequences will impose you a penalty. Those who do not believe in democracy are what they call “political prisoners” to the promoters of a coup plot against Spain and against our regime of liberties. And if Podemos support these prisoners is precisely because it tries to destabilize our democracy to obtain a political benefit from chaos and political tension. That is why he wants the separatist coup in Catalonia to go unpunished.