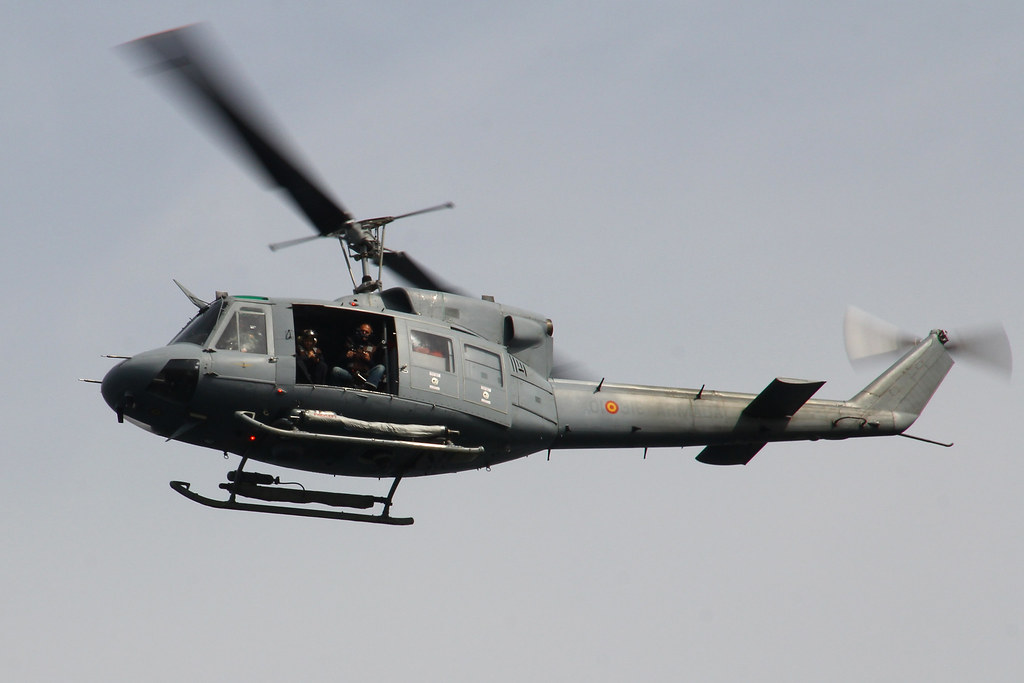 A ‘Cat’ flying over the Pontevedra Estuary

An Agusta Bell AB-212 (the HA.18-14 / 01-318) of the 3rd Squadron of the Aircraft Fleet (FLOAN) flying over the Pontevedra Estuary during the naval review of the Spanish Navy held on June 2, 2017 on the occasion of the 300th anniversary of the Royal Company of Guardiamarinas, origin of the current Naval Military Academy of Marín. The mentioned Squadron has the radio code “Gato” (Cat), reason for which its helicopters receive that nickname in the Spanish Navy.

On board the helicopter there is a crew member of the Spanish Navy with a video camera. He was recording the naval stop from the air.