An abandoned museum in Germany with tanks, helicopters and fighter planes

It's always sad to see a historic building abandoned, but it's even sadder to see a museum that contains real gems of military history.

This is the case of the Motor Technica Museum in Bad Oeynhausen, Germany. This private museum opened its doors in 1971, with numerous and varied objects related to the motor world, from civilian vehicles to combat tanks, and also aircraft. The museum closed in 2007 and has been abandoned ever since. A video by Ulrich Kronenberg shows a small part of what can still be seen from the outside, as the undergrowth has almost completely covered some of the vehicles:

You can see some screenshots of the video below. We start with this jewel: the turret of one of the first prototypes of the Leopard 2 main battle tank, with a style very similar to that of the Leopard 1 and very different from the one that the standard Leopard 2 finally carried.

A Mikoyan-Gurevich MiG-21MF-75 fighter, c/n 96002112, one of the examples transferred to the Luftwaffe by the GDR Air Force after German unification. The original number of the plane was 23+48, but in the museum it appears as 22+28. 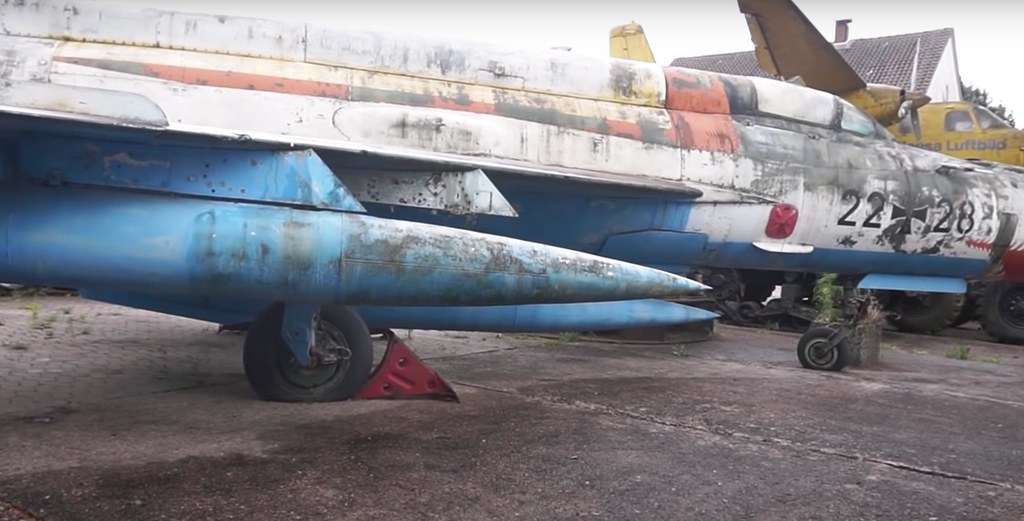 A Mil Mi-8PS of the Nationale Volksarmee (the Army of the GDR), with c/n 10552, and numeral 970, preserved with its original decoration.

A two-seater Mikoyan-Gurevich MiG-23UB fighter of the GDR Air Force. The aircraft bears the number 20-58. 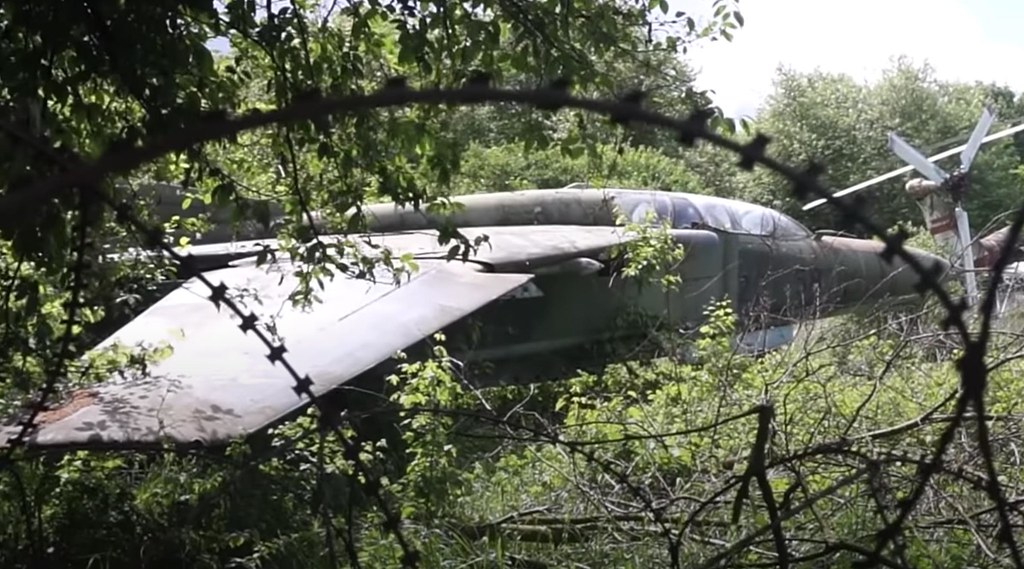 A Soviet Air Force MiG-21SPS fighter. It bears the numeral 353 and the inscription "MUSEUM" was added to the fuselage, surely as a claim. 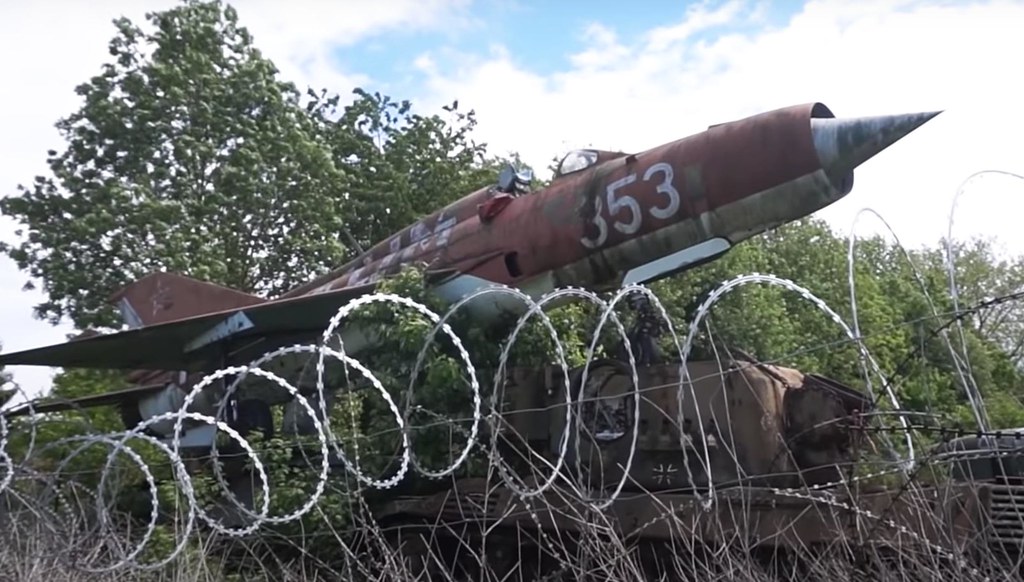