Santiago Abascal has claimed to act forcefully against the coup plotters

Thousands of Spaniards have gathered today, once again, in the Colón Square in Madrid, called by the DENAES Foundation, to oppose the separatist coup in Catalonia.

During the rally, people have chanted slogans in favor of the Civil Guard and the National Police, and slogans such as “With coup plotters there is no dialogue” and “Puigdemont to prison”. During his speech, Santiago Abascal said that “Article 155 of the Constitution is not enough” and criticized the call by the Spanish government for autonomous elections for December 21 in Catalonia, “for which there are no minimum guarantees nor the least tranquility of Catalan society”. “It is necessary that the Penal Code be applied with all force to the coup,” Abascal added, who has also called for the Spanish State to regain its powers in education and has called for “the illegalization of parties that aim to break Spain.” You can hear here his full speech, published by Vox on its Youtube channel:

Also during the rally, the journalist Luis del Pino has directed a clear message to the separatists, said: “You will not win nor making a joke”, as we see in this video of @RodrigoDdeV13:

During the event, as it could not be less, the famous song “Y viva España” by Manolo Escobar has sounded, which has become in recent weeks the soundtrack of resistance to separatism in Catalonia (video by @alonso_dm):

The concentration has ended with the National Anthem chords, which have sounded in the square while waving a sea of Spanish flags (video by Europa Press):

My congratulations to DENAES and the civic organizations that supported this mobilization, and the thousands of Spaniards who have come to it. Of course, I believe that the Spaniards will have to continue mobilizing to demand firmness against the coup plotters, who intend to continue their rebellion after having been dismissed from their positions. It is unusual for a democratic government, in the face of an act of rebellion like the one of yesterday, to have allowed the coup makers to go to sleep at home as if they had attended a mere voting session of any normal motion, and it is unusual that the Prosecutor has left for Monday legal action against the seditious.
— 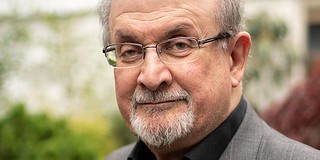 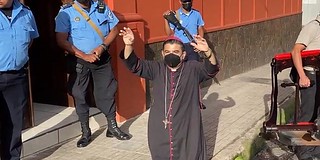 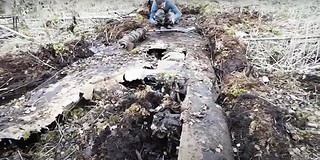