Bloody morning in Sri Lanka. A series of explosions that have targeted three Catholic churches during the celebration of Easter Sunday. Three hotels have also been attacked.

According to Reuters, at the moment there are 138 people killed and more than 400 wounded (Asia Times increases the number of killed to 160 at the moment). As indicated by @SriLankaTweet and Aditya Raj Kaul, the explosions, which occurred around 5:00 in the morning (Spanish peninsular time), in the Church of San Antonio in Kochchikade and San Sebastian de Katuwapitiya (in the city of Negombo), in the Church of Zion (in the city of Batticaloa), and in the Shangrila, Kingsbury and Cinnamon hotels (in the city of Colombo). Aashik Nazardeen has published the photo that heads these lines and the next two, which show the situation in which the Church of San Antonio in Kochchikade has been: 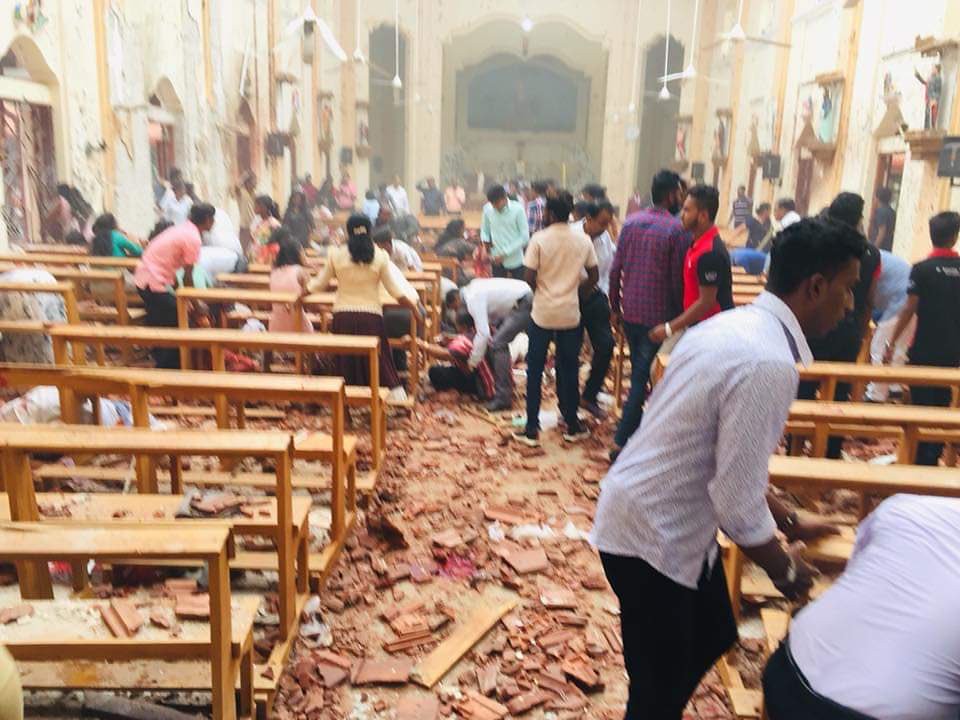 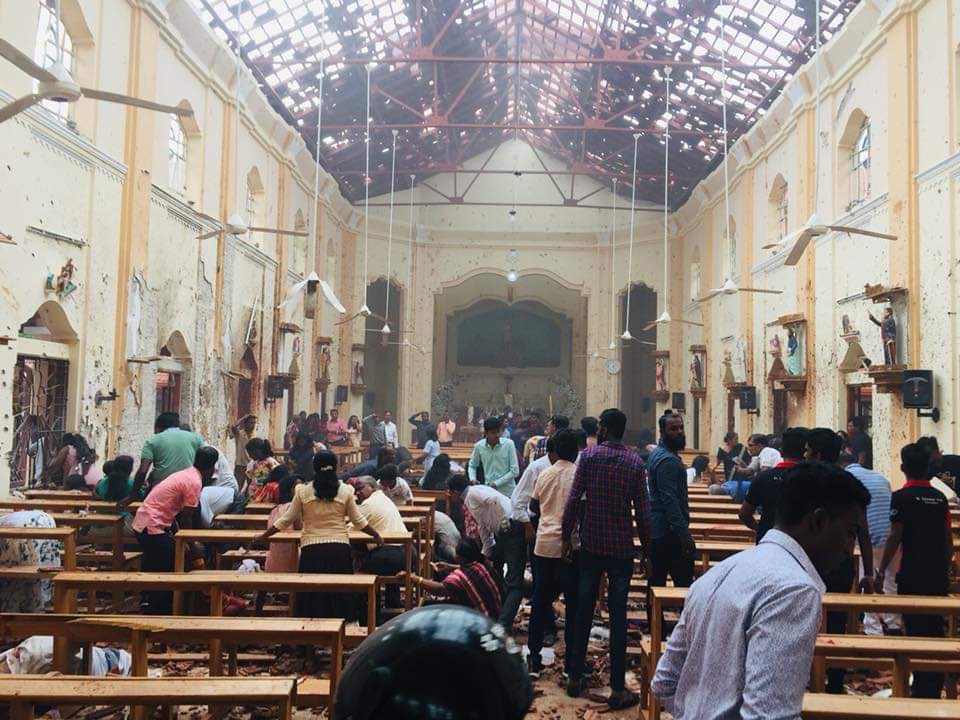 Dayanand Kathiravel has published the following photos in which the bodies of some of the victims of these attacks are observed. I have thought whether to publish them or not, and in the end I decided to do it because it seems that some people do not realize what this is if they do not see it in all its harshness: 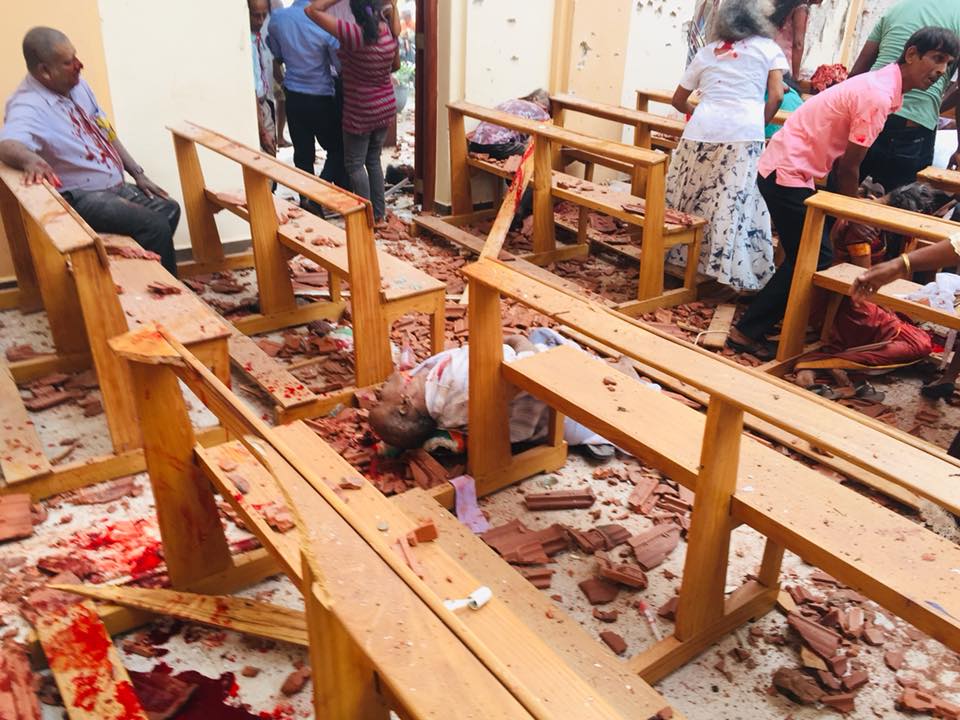 Here you can see images of the hotels attacked, published by Aditya Raj Kaul and Aashik Nazardeen: 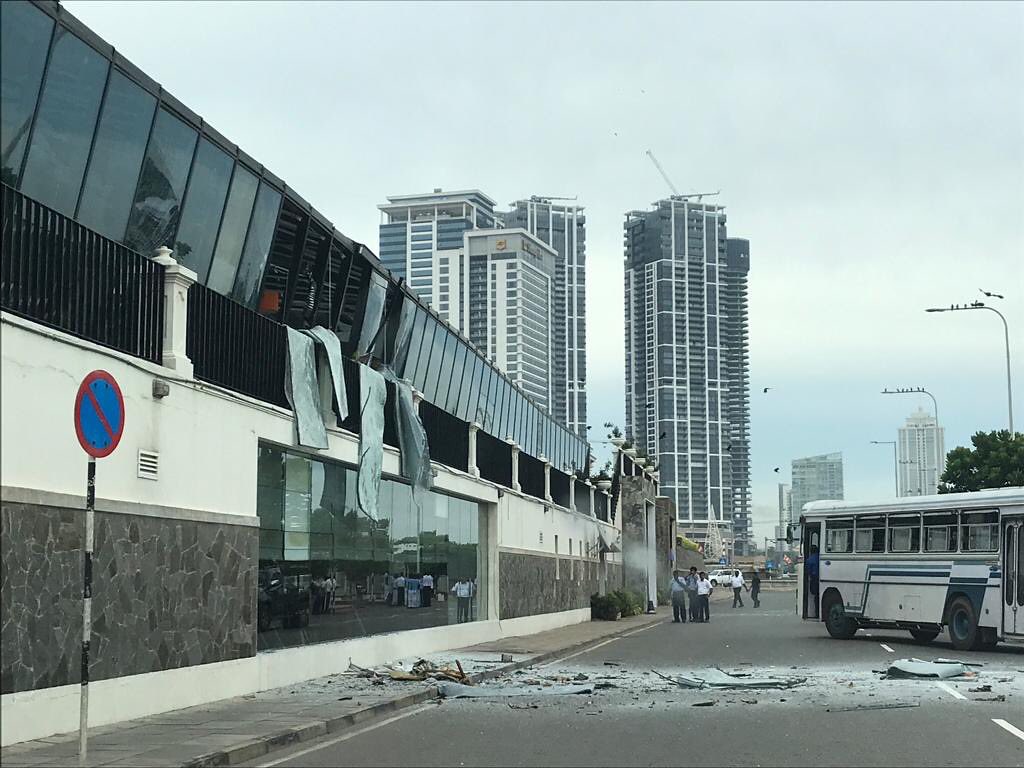 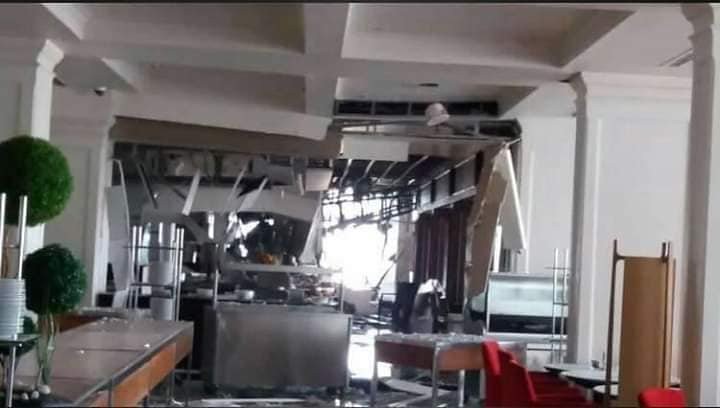 Sri Lanka is a mostly Buddhist country, but it has a minority of 1.2 million Catholics. There is also an important Muslim minority, which makes up 7.6% of the population. So far no group has attributed these attacks.

My prayers for the victims of this terrorist massacre. I hope that the authorities in Sri Lanka will soon be able to capture the perpetrators of these crimes.

+ UPDATED 5:15 pm: According to a Sri Landa Police spokesperson quoted by Reuters, there are already 207 people killed and 450 wounded.