Psychopath feminism: a journalist claims amputations to the men who are fathers

Gender feminism, born from Marxism, is reaching such a degree of extremism that it is already going beyond ideologies to enter the field of psychiatry.

She criticizes the death penalty but presents paternity as a crime

An example of this is the message posted yesterday on her Twitter account by a well-known feminist journalist from the United States, Jill Filipovic, a contributor to progressive media such as The New York Times, The Washington Post, The Guardian, CNN, Time and Cosmopolitan. She has a verified Twitter account with almost 100,000 followers. Her message (you can read the tweet here) is unbecoming of a mentally healthy person: "Pregnancy and childbirth cause serious and permanent changes to many women’s bodies. Require that a quarter inch be cut off of a man’s penis for every pregnancy he creates and see how quick we are to force women to indelibly risk and chance their bodies." Interestingly, in an article published on April 3, Filipovic described as "cruel" to apply the death penalty to criminals. But now she suggests amputating men's penises for being fathers, as if having a child were a crime.

The macabre occurrence of that journalist is due to the fact that she is a well-known activist of the most radical abortionist theses. American and British media often publish opinion pieces of Filipovic attacking the pro-lifers and presenting them as violent and evil people, and all because they are limited to defending the right to life of the weakest and most defenseless. In addition, Filipovic has made hateful statements against children. "Having children is one of the worst things you can do for the planet," she wrote two years ago, a statement that earned her an avalanche of criticism on Twitter. She has also tried to discredit mothers, saying, for example, that "women refused abortions are more likely to be stuck in abusive relationships than women who terminate." She forgot to say that abortion centers have been accused of sexually abuses against girls and even helping abusers by sending victims back with them by not reporting those cases so as not to lose clients.

The extremist approaches of the feminist journalist go beyond abortion and hatred towards men. On January 31, Filipovic defended the controversial statements of a Democratic Party politician, Ralph Northam, in favor of infanticide, proposing that after the birth a mother can decide if she wants to keep her newborn child alive or prefers that they end up with his life. "This is not infanticide," Filipovic said, saying it is "the standard of care for any terminally ill patient," as if a newborn was a "terminally ill patient." But if it is not an infanticide, as Filipovic assures, why did the Democratic Party a blockade a law against infanticide in the Senate a few days later? Filipovic has not explained it. 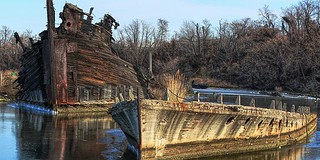 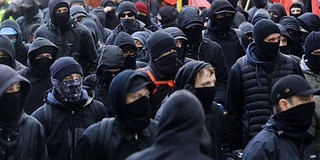 The first trans officer of the US Army is accused of offering US military information to Russia
30·9·2022 · 22:50
Ver más artículos