The plane that led the invasion, 'That's all Brother', returns to the battle site

The Dakota was the military version of one of the most famous and successful civil transport aircraft of all time: the Douglas DC-3, which made its first flight in 1935. More than 800 C-47 Skytrain and C-53 Skytrooper took part on D-Day (a version of the C-47 without a cargo gate and without reinforced ground), each of them carrying on board 28 paratroopers with their accoutrements.

‘That’s all Brother’: the Dakota who led the invasion returns to Normandy

To celebrate the 75th anniversary of D-Day, 34 Dakotas (both C-47 and C-53 and DC-3, and also a Lisunov Li-2, the version manufactured under license in the USSR) met last Sunday at Duxford Airfield, in the United Kingdom, that during World War II was one of the bases used by the aviation of the US Army, and that at this moment is property of the Imperial War Museum. One of the most prominent Dakotas that attended this event was the C-47A “That’s all Brother” (under these lines), which not only participated in the D-Day, but also was the aircraft that led the invasion, piloted by the Lieutenant Colonel John Donalson. Specifically, it was the aircraft that headed the Albany Mission, in which 432 Dakotas launched thousands of paratroopers at the accesses to Utah Beach, to prevent the arrival of German reinforcements. It is a legend of aviation that is still flying, thanks to the Commemorative Air Force, a Texas NGO that has a large fleet of classic aircraft. 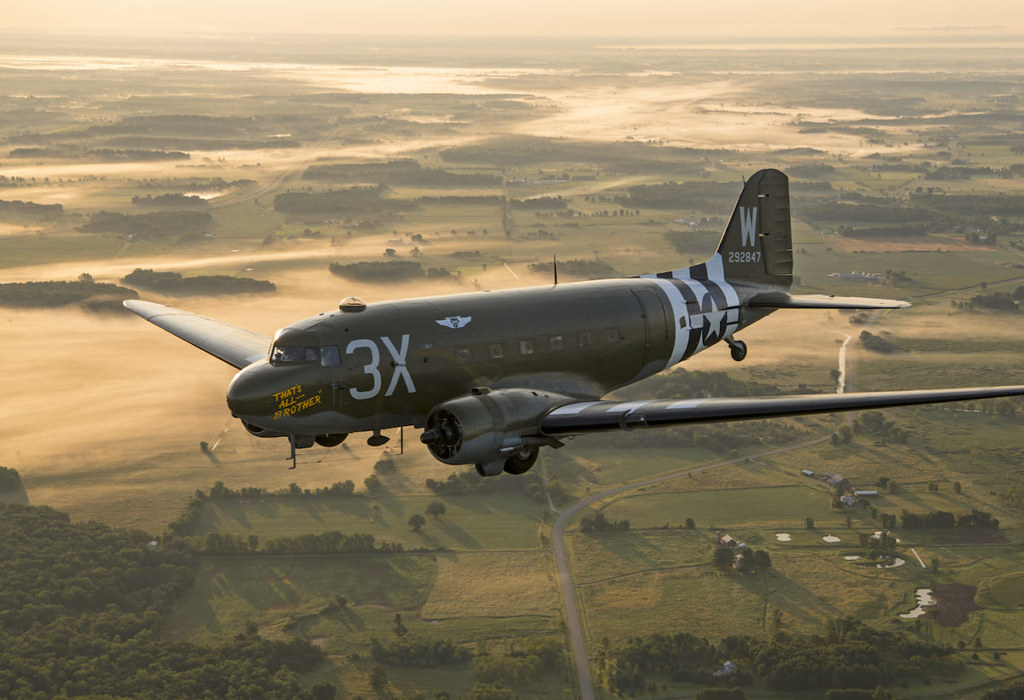 In addition to the Dakotas, other planes that fought in that war also came to the event: Spitfires, P-51 Mustangs, a P-47 Thunderbolt … And in addition to the old air warriors and some veteran D-Day soldiers (due to their advanced age, they are becoming less and less), there were also reenactors with uniforms of the 82nd and the 101st Airborne Division, which were the two units of paratroopers of the United States Army that were launched on Normandy in the hours before the landings. 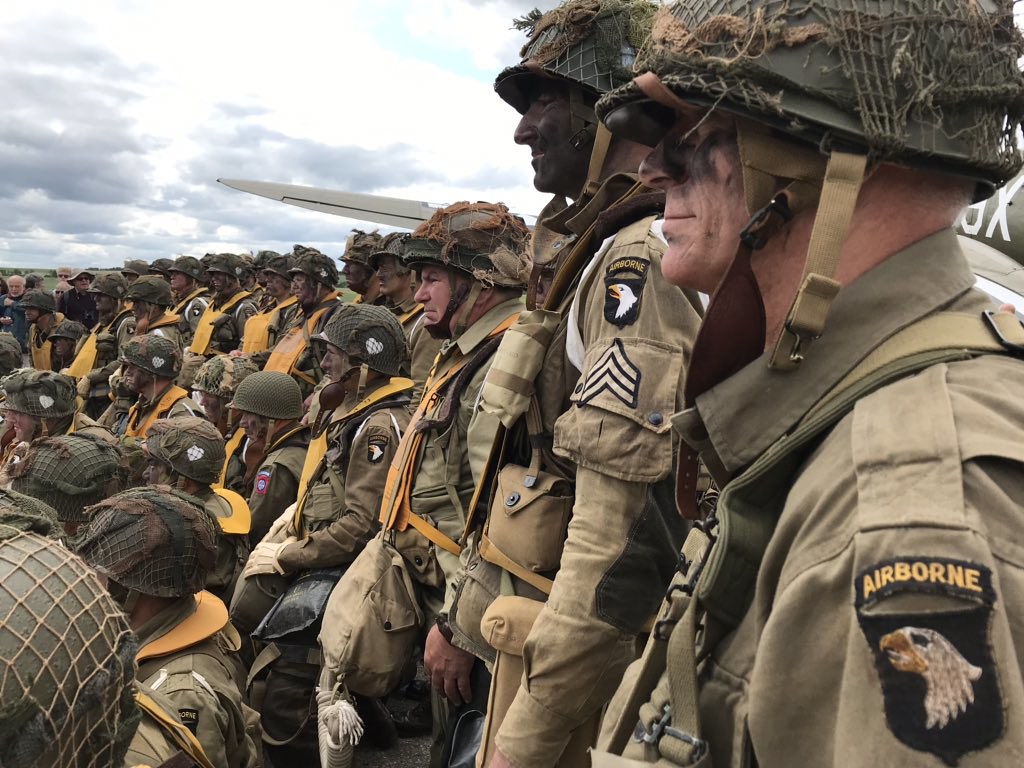 This Wednesday the Dakotas that have met in Duxford took off in the direction of the Caen-Carpiquet Airport, in France. One of the most memorable moments of the day was played by a veteran of the Battle of Normandy, Thomas M. Rice, 97 years old. On June 5, 1944 he had the rank of sergeant and was a parachutist of Company C of the 501st Infantry Regiment, belonging to the 101st Airborne Division. Like the C-47A “That’s all Brother”, Tom participated in the Albany Mission, taking off from the Merryfield Airfield in Somerset (England). His company had orders to secure the roads that cross the Cotentin marshes. The German anti-aircraft artillery reached the C-47 in which it was flying towards the diving area D, causing a delay in the launch of the paratroopers, which were dispersed when they reached the ground. Yesterday Tom jumped again on Normandy, this time subject to another parachutist and carrying a flag of the United States. “I feel fine,” he declared after landing, showing willingness to jump again.

If you have left wanting more, you can see here two videos of the meeting of Dakotas in Duxford: