With its 52 deputies, Vox will be able to present issues of unconstitutionality

A year ago many of us had no voice in the institutions: today Vox is the third force

Spain lives a historic moment. Only a year ago many Spaniards had run out of voice in the institutions. We were satisfied with Vox taking out at least one deputy.

Some people thought that the progressive dictatorship had no turning back, that little or nothing could be done in the face of the imposition of gender ideology and the culture of death, the efforts of the big parties to impose a social democratic consensus that puts a increasing part of our wealth in the hands of politicians, the multiculturalism and the illegal immigration, the leftist feminism that criminalizes men, and an absurd territorial model that has been putting resources into the hands of separatists necessary to break our national unity. But a handful of brave men kept the flame of hope burning and refused to surrender. They decided to do what until then was a taboo in public life: to give the battle of ideas in the face of this progressive dictatorship. At first they were few and many laughed at them for images like this: 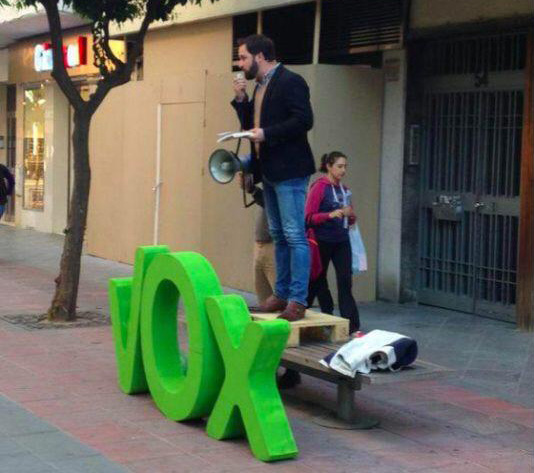 And he began to follow more and more people. Only two weeks ago, the image in the Colón Square in Madrid was this:

The rise of Vox began with the 12 deputies obtained in the Andalusian elections of December 2018. In April, Vox won 24 seats in Congress becoming the fifth force in all of Spain. Today Vox has achieved what only a year ago seemed impossible: to become a third force. And it does, in addition, overcoming the barrier of the 50 deputies.

This figure is nothing trivial. According to Article 162 of the Constitution, the number of 50 deputies enables a party to present resources for unconstitutionality. If with 24 Vox deputies they already made felt considerably in the Congress of Deputies, with their current strength they will have a very important role in national life, because thanks to those resources Vox can begin to resort to the Constitutional Court the laws that undermine Our rights and freedoms.

In the middle of this election night there are some noteworthy data:

My congratulations to Vox for these results. I have never lost hope, but I did not imagine that in just one year this match would reach so high. As a Vox voter I feel very, very happy. 😀