The Prime Minister of the Republic of Poland, Mateusz Morawiecki, has been one of the foreign leaders who has come to Madrid on the occasion of the UN Climate Summit.

Beyond the summit program and the usual meetings between politicians, Morawiecki had a meeting with a group of Spanish reenactors of the Polish Army in World War II, the Historical-Cultural Association Poland First to Fight, founded in 2008 and which has in order to make known the history of the struggle of Poland in defense of freedom, mainly through historical recreations, but also through conferences and exhibitions. 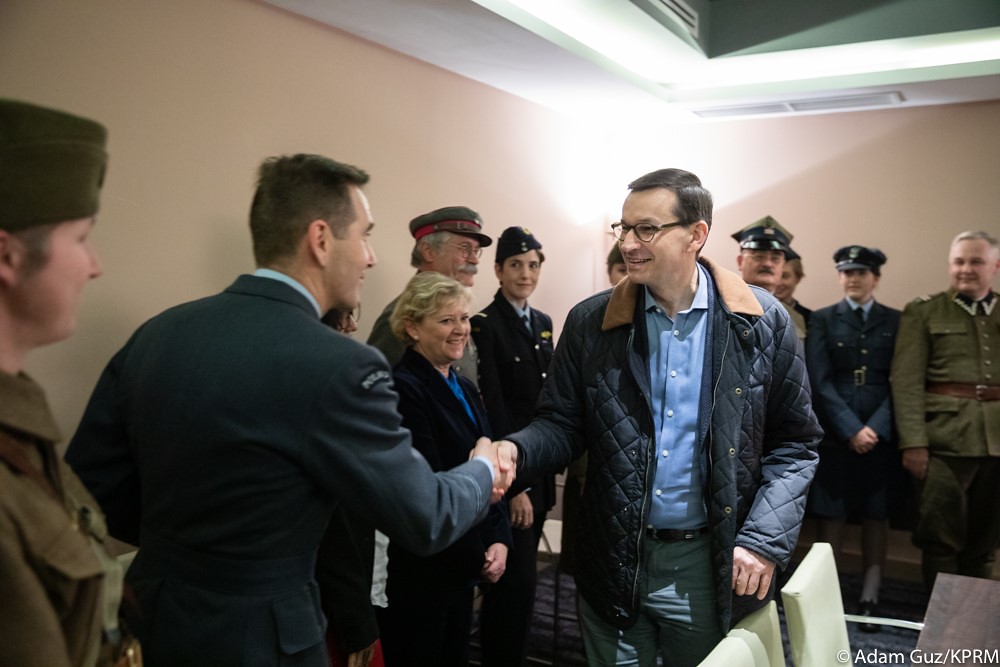 The association published on Monday on its Facebook page a series of photos of the meeting, which was also attended by the Polish Ambassador in Spain, Marzenna Adamczyk. 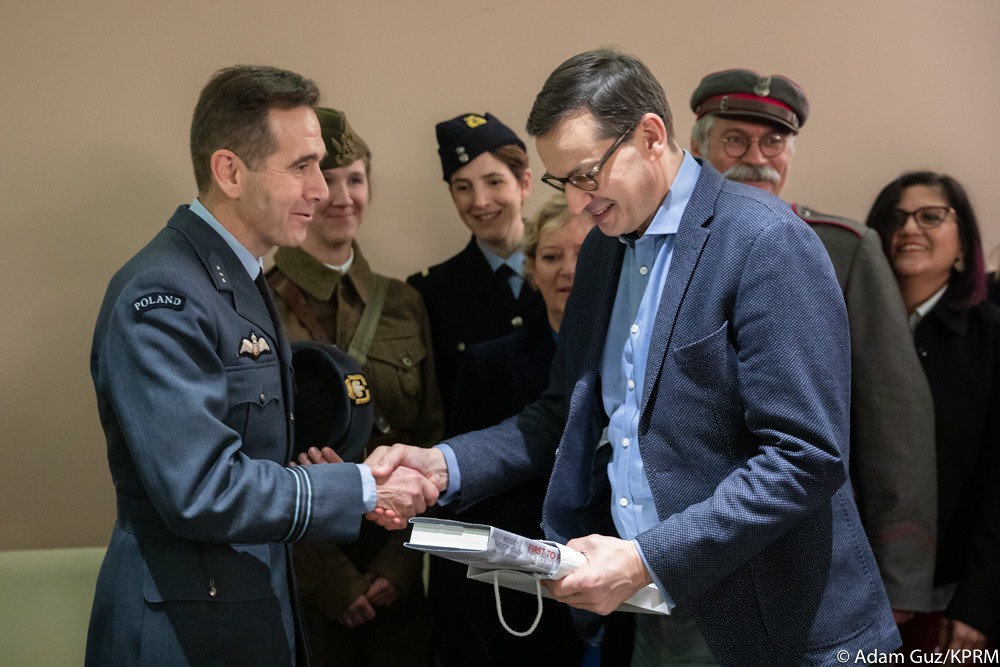 The Spanish reenactors attended the meeting headed by the president of the association, Alberto Gómez Trujillo, and with various Polish uniforms of World War II (including those worn by Polish personnel who served in the Royal Air Force) and the Polish-Soviet War 1919-1921. 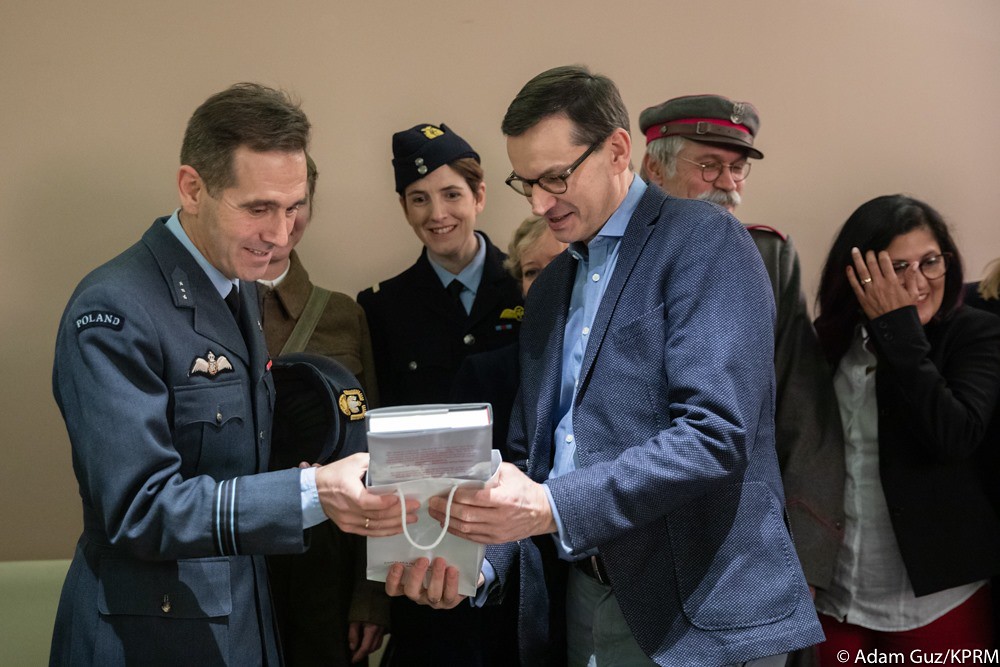 As the association pointed out, during the conversation with the Prime Minister of Poland, «about one hour long, Mr. Morawiecki became very interested in Poland First to Fight’s activities in spreading the history of Poland, and He thanked the members of our association for their work and effort in this important task.» 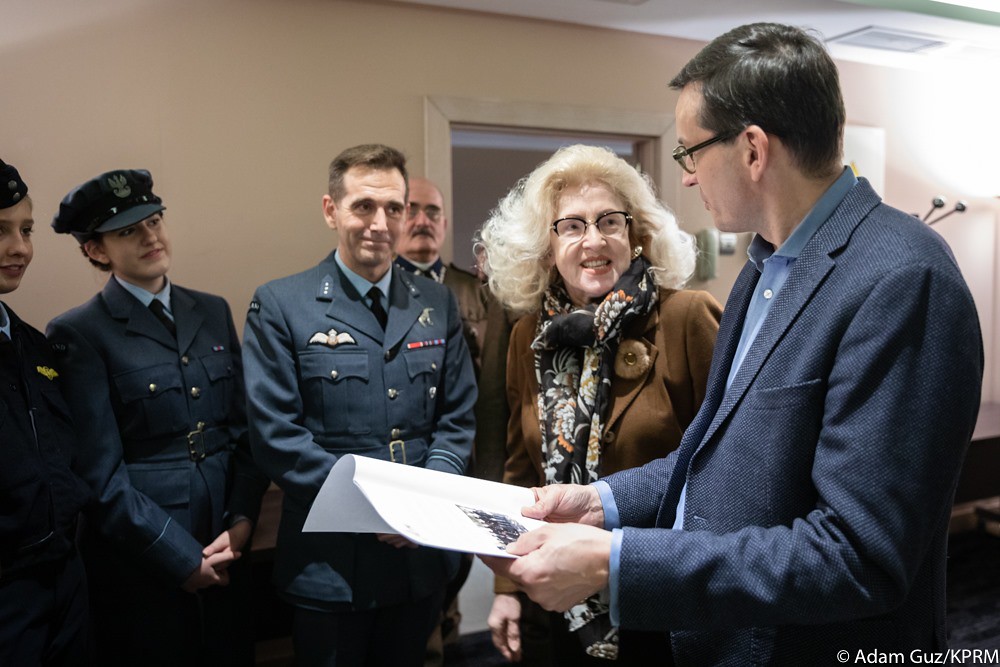 It should be noted that the Government of Poland has already repeatedly recognized the work of this Spanish association. As you remember, two years ago the Polish Ambassador awarded the President of Poland First to Fight with the award “Bene merito”, an honorable distinction that the Polish Ministry of Foreign Affairs gives to the citizens of the Republic of Poland and to foreign citizens “in recognition of its merits in the promotion of Poland abroad”. In addition, the members of the association were awarded Diplomas of Honor for the Promotion of Poland in the World. 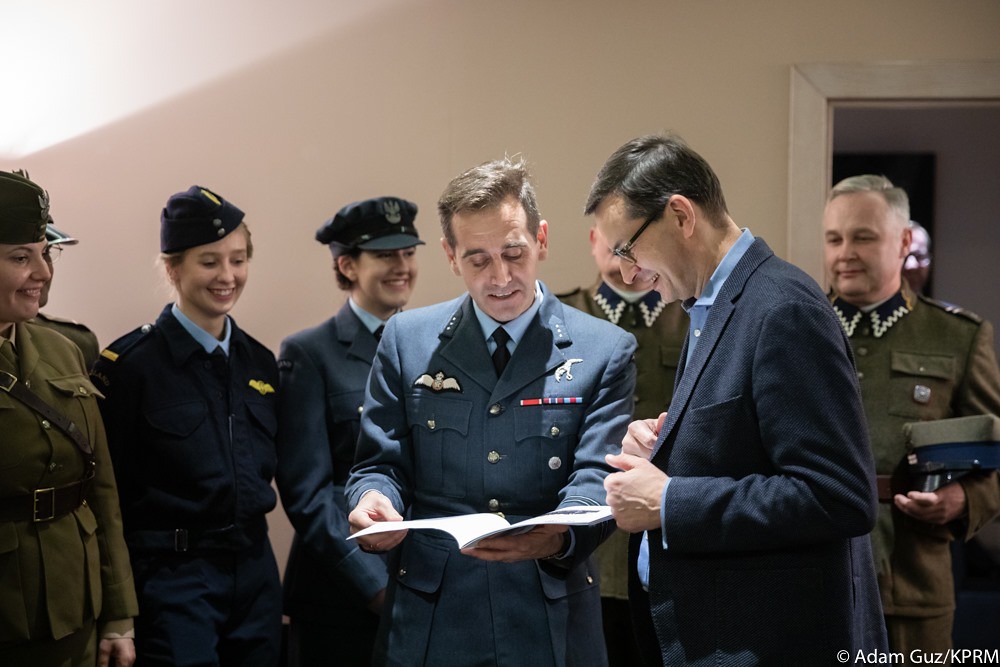 “We are very grateful to Mr. Morawiecki for the deference of having received us,” the Spanish association point out. The meeting was also attended by the president of the Hispano-Polish Krakus Cultural Association, formed by Polish residents in Móstoles, and the deputy director of the College of the Hispanic-Polish Cultural Association Forum, associations with which Poland First to Fight maintains a close collaboration. 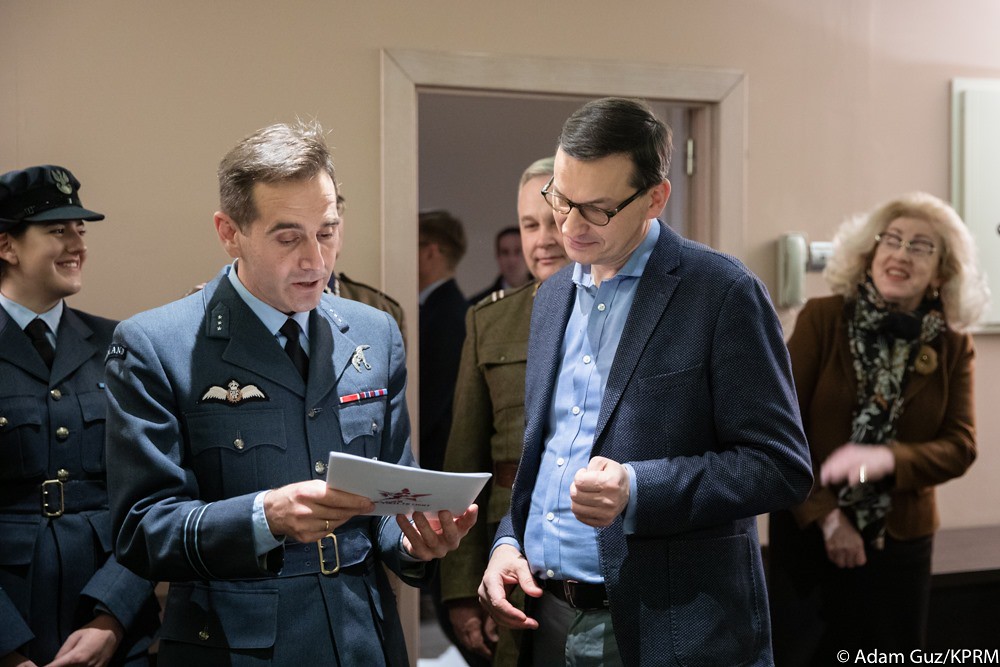