An unexpected Bolshevik defeat dubbed the "Miracle of the Vistula"

This is how Poland beat the Red Army in 1920: the first great military defeat of communism

This Saturday, August 15, the Feast of the Assumption of Mary, marks the 100th anniversary of one of the most decisive and at the same time most ignored historical episodes of the 20th century.

The independence of Poland and Bolshevik expansionism

In 1917 the first communist dictatorship had been established in Russia, after the Bolshevik coup in November of that year. On March 3, 1918, the Lenin dictatorship signed the Treaty of Brest-Litovsk with Germany, a humiliating surrender that began to decompose the old Russian Empire. In the treaty, the Bolsheviks renounced Bessarabia, Belarus, Estonia, Finland, Latvia, Lithuania, Ukraine and the Russian zone of Poland. Most of those territories declared their independence. 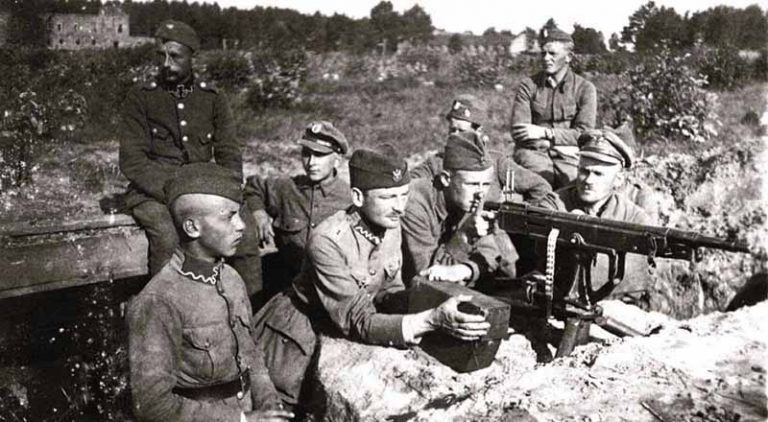 Polish soldiers in the Polish-Soviet War of 1919-1921. Many Poles had already fought in the armies of Germany, Austria-Hungary and Russia in the First World War.

In November of that year the World War I ended with the defeat of Germany and the Austro-Hungarian Empire. On November 11, 1918, Poland recovered the independence of its entire territory after 123 years disappeared from the maps, after the third and last partition in which it was occupied by Austrians, Prussians and Russians in 1795. The Second Polish Republic would have to start immediately a fight for its own survival, because of the German defeat, Bolshevik Russia considered invalid the renouncements it had made to part of the territory of Tsarist Russia and prepared to invade them, not only with purely nationalist pretensions, but also with the aim of spreading communism throughout Europe by blood and fire. 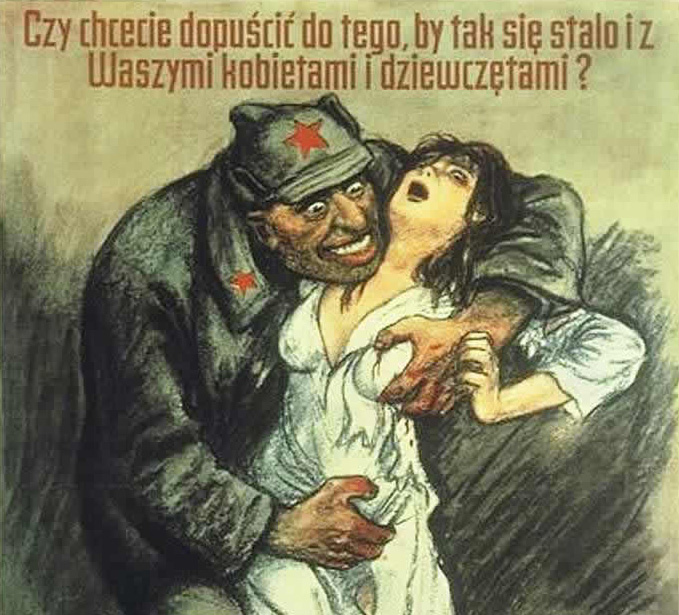 The Red Army committed many abuses in this war. This Polish poster showed a Bolshevik abusing a mother of a family, and warned: “Do you want to allow this to happen with your women and girls?” The caption of the poster (click on the image to see it complete) adds: “Defend yourself with all your might against Bolshevism!” The poster turned out to be prescient: at the end of World War II, more than 100,000 Polish girls and women were raped by Red Army soldiers.

Finland and Estonia: the first setbacks of communism

Between January and May 1918 a Civil War was fought in Finland, between the supporters of its independence (who had the support of Germany and volunteers from other countries, including many members of the Polish Legion) and the Finnish communists, supported by Bolshevik Russia. The war ended with the first military defeat of communism. As soon as the World War I ended, Belarus, Estonia, Lithuania and Latvia were invaded by the Bolsheviks, encountering strong resistance in Estonia, which would end with the defeat of the Bolsheviks in February 1920. It was the second military defeat of communism. As in Finland, the Estonians had foreign support, in this case from the UK, White Russians, and Latvian, Finnish, German and Nordic volunteers. 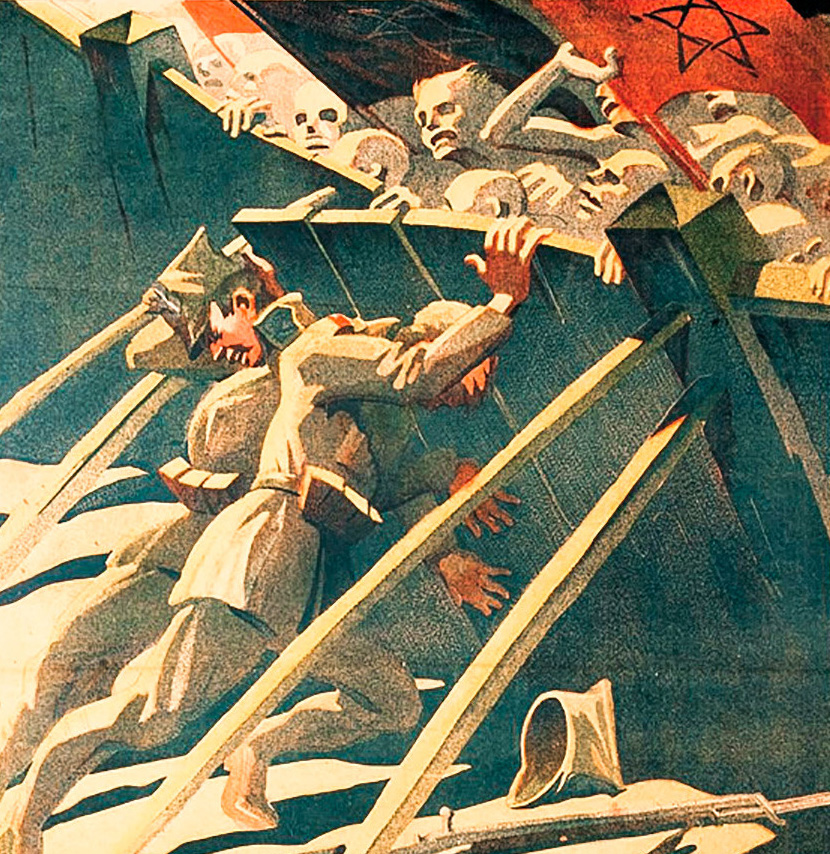 A Polish poster (click on the image to see it in full) symbolizing the dominant sentiment in Poland during the Polish-Soviet War: the Poles were alone in the face of the communist invasion. No great power came to his aid, unlike what had happened a little earlier in the wars against the Bolsheviks in Finland and Estonia.

The Bolshevik offensive against Poland and the Polish counterattack

In January 1919, a series of communist uprisings, encouraged by Lenin’s Russia, broke out in Europe: Germany, Hungary, Romania, and Italy. In February Lenin launched his military forces against Poland to come to the aid of the communist insurgents. The Poles proved to be tough enemies: they are a people with a long military tradition and many of them had military experience, having fought in the armies of Germany, Austria-Hungary and Russia in the First World War. In March 1919 the Poles went on the counterattack, recapturing Vilnius (the current capital of Lithuania) and driving the Bolsheviks out of Kiev, the capital of Ukraine, in May. The Polish Head of State, Józef Piłsudski, had the dream of creating a federation of countries, “Międzymorze” (Intermarium), to curb Russian expansionism. 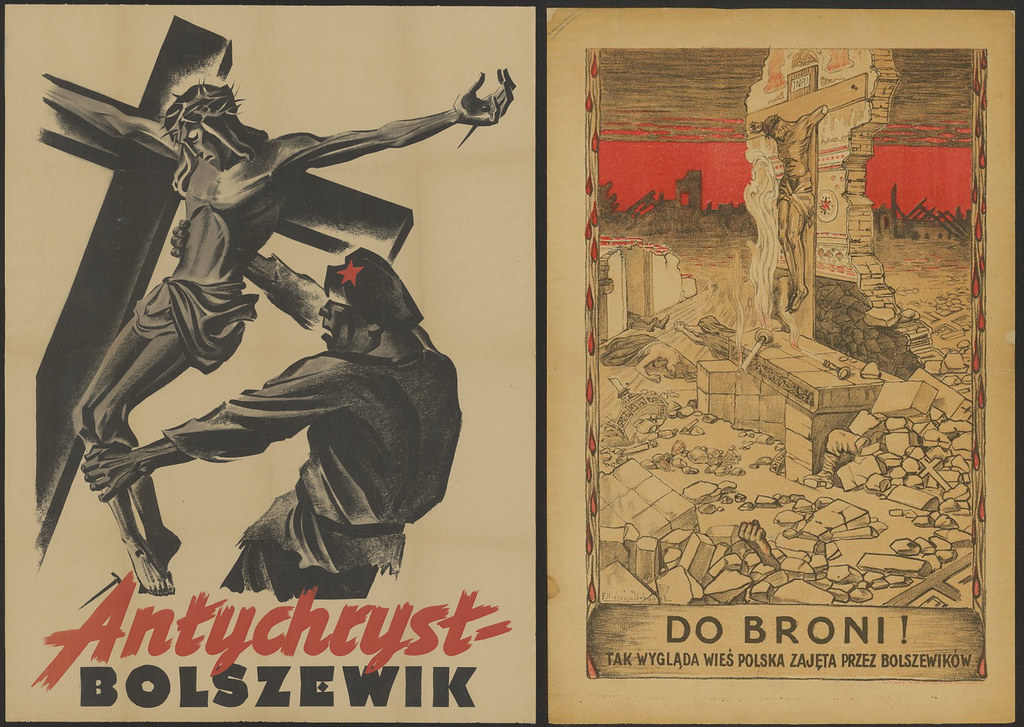 Two Polish posters that symbolize the idea that Poland had of this contest: Christianity versus communism. The two posters show the hatred of the communists against religion. The first one says “Bolshevik Antichrist.” The second alert: “To arms! This is a Polish town occupied by the Bolsheviks.”

The Bolsheviks at the gates of Warsaw

Unlike what had happened in Finland and Estonia, Poland hardly had any help from abroad. A unit of volunteer pilots from the USA was formed, the 7th Kościuszko Squadron, and Hungary offered military aid, but Czechoslovakia did not allow their passage through its territory. Ultimately, the lack of support from the Ukrainians ended up turning the tables and in May 1920 the Bolsheviks went on the offensive again. The Red Army invaded Poland and on August 10, 1920 they crossed the Vistula River, ready to occupy Warsaw. Poland seemed doomed and all the diplomatic delegations left the city, except for two: the British and the Nuncio of His Holiness, Achille Ratti, who two years later would become Pope Pius XI. 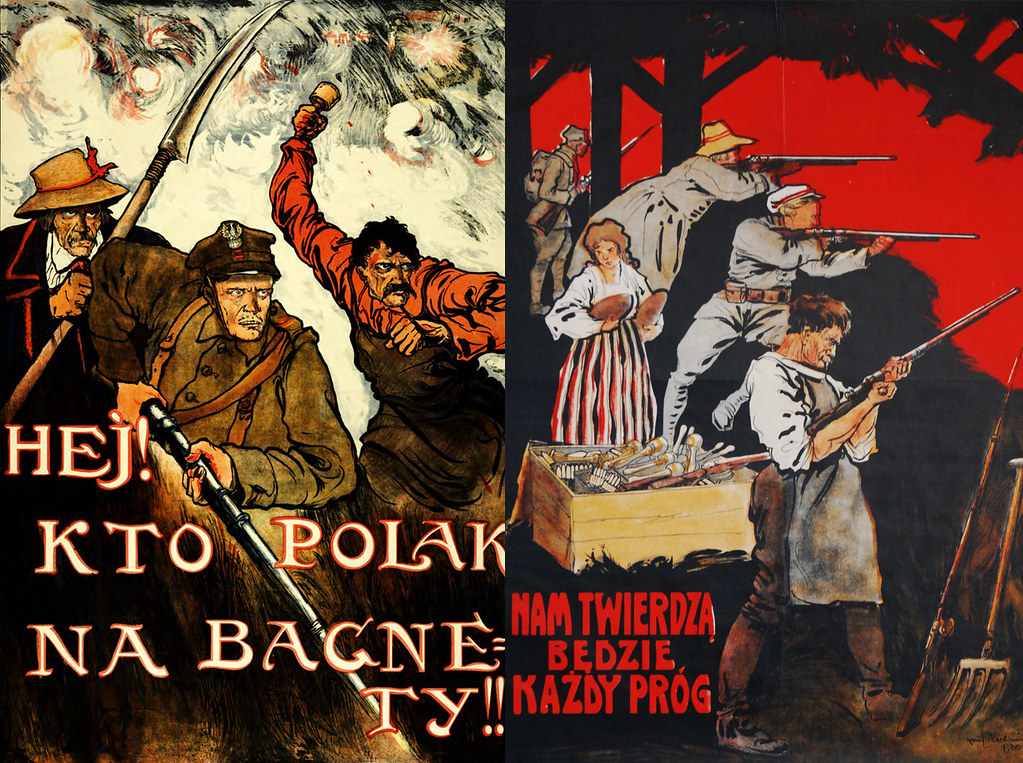 While the Bolsheviks encouraged the class struggle, the war was faced in Poland with a commitment to national unity over social classes. These two Polish posters show soldiers, workers and peasants fighting together against the Bolsheviks.

Poland had mobilized desperately: the townspeople and the peasants took up arms to defend their homeland from the communist invasion. On August 14, 1920, the Polish Army managed to defeat the Red Army in Ossów, 23 kilometers from Warsaw, in a combat in which the priest Ignacy Skorupka died heroically, who encouraged the Polish soldiers to advance by holding a crucifix, an image which sums up well the meaning that the Poles themselves gave to this war: a confrontation between western Christian culture and communist atheism. Finally, on August 15, coinciding with the Feast of the Assumption of the Virgin, the Polish forces defeated the Red Army in a surprise enveloping maneuver devised by Józef Piłsudski, which had mounted forces as its main battering ram. It was the last great victorious charge in the history of cavalry. 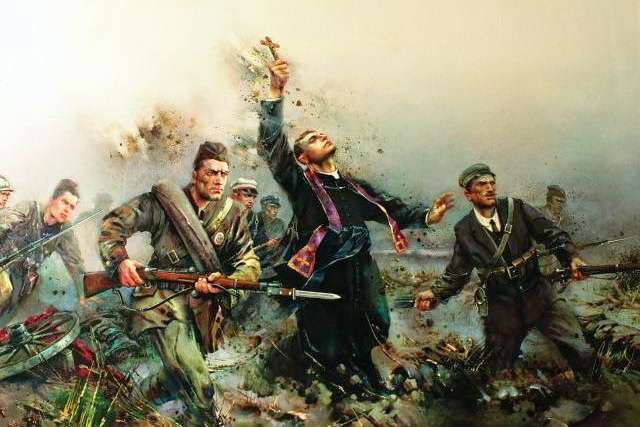 A Polish painting depicting the heroic death of priest Ignacy Skorupka, who fell in combat when he wielded a crucifix to encourage his compatriots to fight in Ossów. That courageous action by the Catholic priest ended in a Polish victory.

The important consequences of the “Miracle of the Vistula”

The Polish people, fervently Catholic, saw that victory against all hope as a miracle, which also occurred at a feast dedicated to the Virgin Mary. That is why today in Poland the Battle of Warsaw is known as “the Miracle of the Vistula”. Fearful that the Poles would go on the offensive again and invade all of Russia, Lenin called for peace and a ceasefire was declared in October. That Polish victory held back communist expansionism in Europe for almost two decades, until the German-Soviet invasion of Poland in 1939. Lenin had no choice but to abandon his expensionist ideal and contribute to the policy of “socialism in one country”. The war ended with the signing of the Treaty of Riga on March 18, 1921. 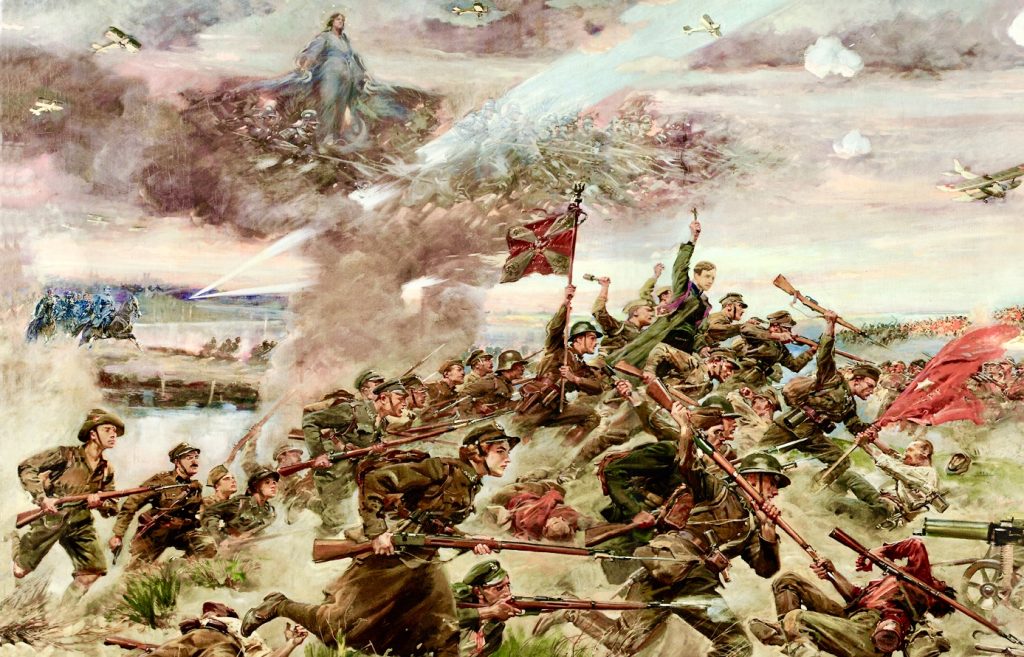 Painting “Cud nad Wisłą” (Miracle of the Vistula), painted by the Polish Jerzy Kossak in 1930. The work represents the Polish victory in the Battle of Warsaw on August 15, 1920. In the painting we see the Polish military forces, who they also included women and young scouts. At the top appears the Virgin Mary: the unexpected Polish victory came on the day of the Assumption of Mary. Many Poles considered it a miracle.

The Battle of Warsaw was unjustly forgotten and despised perhaps by the bad conscience it generated in the West, which had left Poland alone before the Red Army, despite which that country, with its own means, with hardly any allies and only two years after regaining his independence, it was able to defeat and humiliate the Bolshevik forces, even though they outnumbered it. Today that battle deserves to be remembered as one of the most decisive moments of the last century, made possible by the courage and faith of the Polish people.