He died when he was taken to the Dachau concentration camp in 1943.

Lichtenberg: a Catholic martyr arrested by the nazis for denouncing euthanasia

The culture of death is not a new phenomenon in history. It started many years ago, and in the 20th century it ran into opposition from great people.

A Catholic priest in nazi-dominated Berlin

Bernhard Lichtenberg was born on December 3, 1875 in Ohlau, in Silesia, Germany (today Oława, Poland), into a Catholic family. He was the second of five children of August Lichtenberg and Emilie Hubrich. After studying at the Ohlau Classical Secondary School, he studied theology at the Universities of Innsbruck and Wroclaw, being ordained a priest on June 21, 1899 by Cardinal Kopp. In 1933, when the Nazis came to power in Germany, Bernhard was already 57 years old and the parish priest of St. Hedwig's Cathedral in Berlin. In 1938 he was the second ecclesiastical office of the diocese of Berlin, with no other authority above him than the bishop. From that position he dedicated himself to watching over non-Aryan Catholics who were being persecuted by the Third Reich on racial grounds. 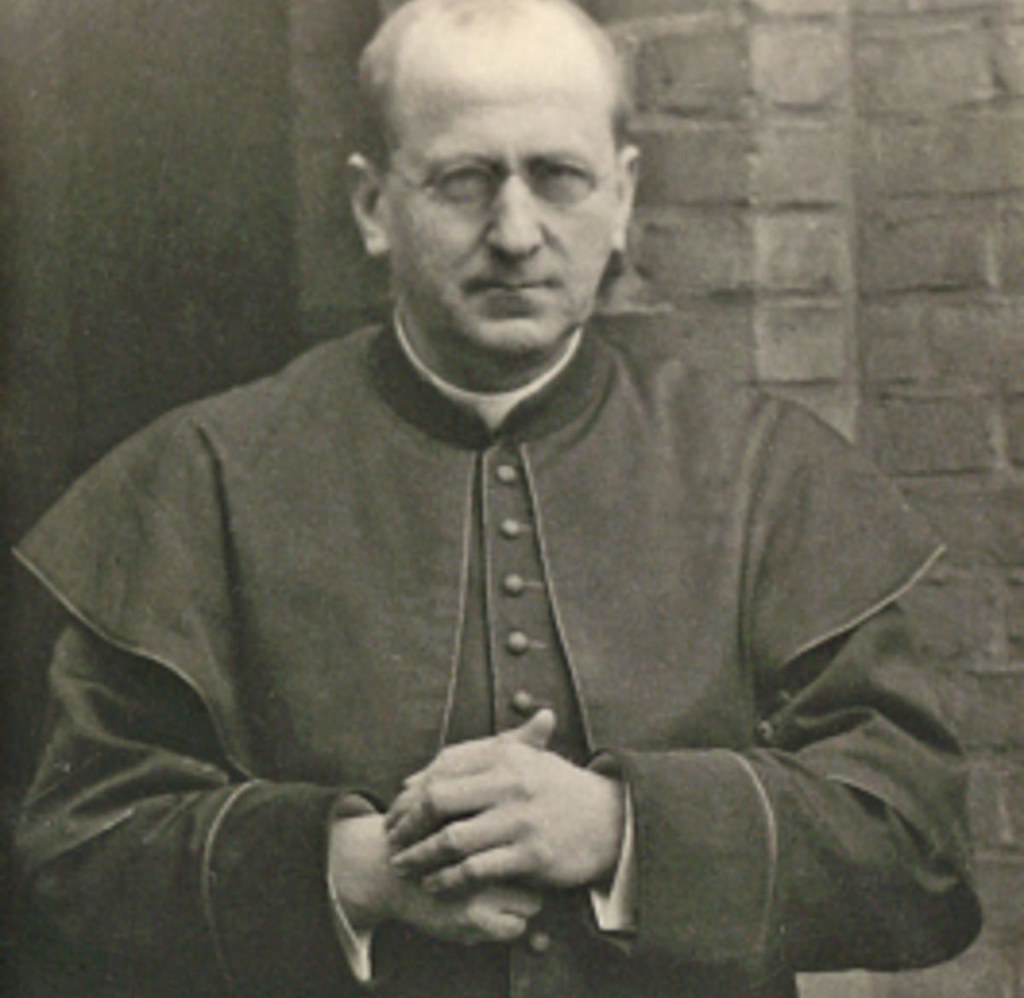 His public prayers for Jews and other persecuted

n November 1938, after the Night of Broken Glass (in which Jewish temples, homes, and businesses were attacked and burned across Germany), Bernhard began to pray publicly every day for Jews and non-Aryan Christians as well as for all those who were being subjected to persecution. His attitude led him to be singled out by the Nazi SS in 1940 as a fanatical fighter for the Catholic cause and a fanatical opponent of National Socialism, which he considered heresy.

The denunciation of euthanasia by Bishop Von Galen

In the summer of 1941, August Graf von Galen, Bishop of Münster and a well-known opponent of Nazism, gave courageous public sermons denouncing the criminal practices of Hitler's dictatorship. On August 3, 1941, Von Galen delivered a courageous sermon denouncing the euthanasia practices of the Nazi regime, calling them murder and criticizing the materialistic utilitarianism with which National Socialism justified this monstrosity: "They are people, our brothers and sisters. Your life may not be productive, but productivity is not a justification for killing. If it were, everyone would even fear going to the doctor. The social fabric would be affected. A regime that can get away with breaking the fifth commandment can destroy the other commandments as well." 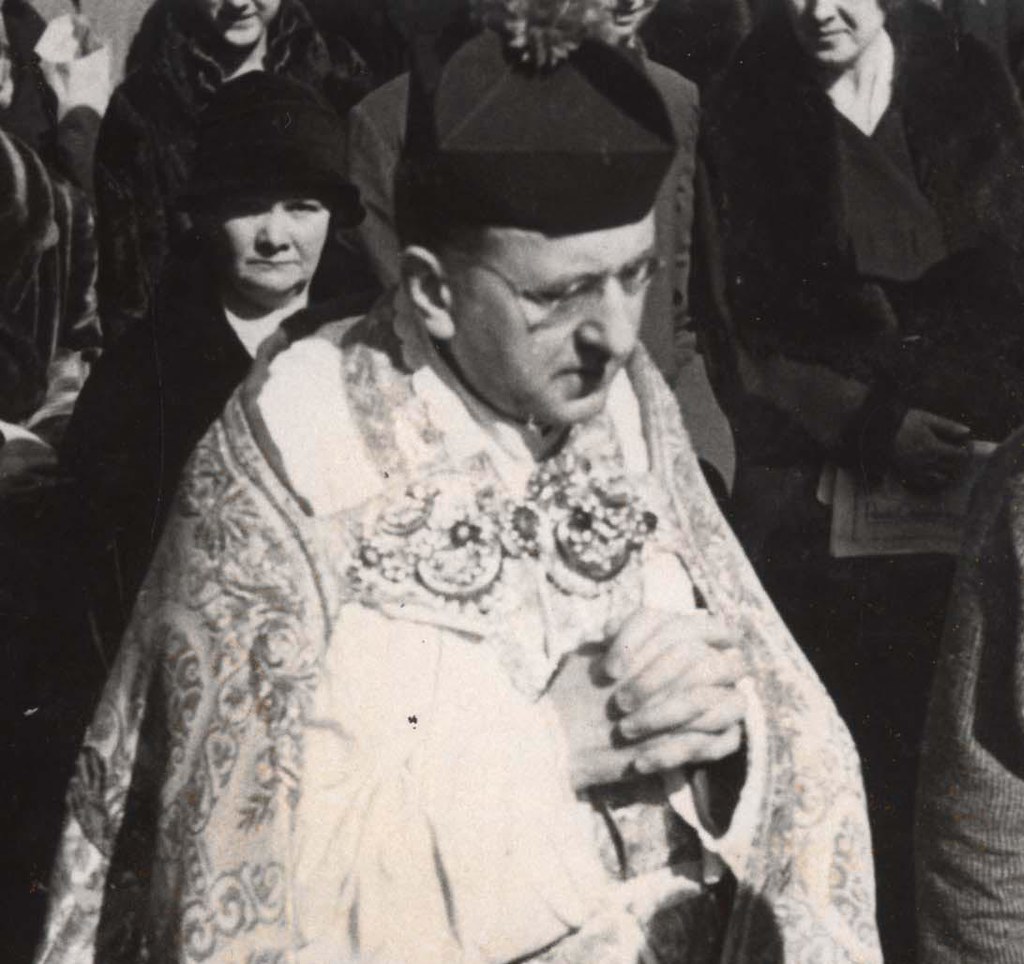 Bernhard's protest against euthanasia that led to his arrest

Following the example of Von Galen, on August 26, 1941, Bernhard publicly protested against the euthanasia of the physically and mentally disabled in Germany: "my priestly soul is burdened by my complicity in these crimes against morals and public law. Although I am just one person, I still demand, as a human being, as a Christian, a priest and a German citizen, an accountability from you, Mr. Reich Medical Leader, for the crimes that are being perpetrated under your orders or with your approval and who are provoking the Lord of Life and Death to take revenge on the German nation."

For October 26, 1941 Bernhard had prepared a sermon denouncing an anti-Semitic pamphlet distributed by the Nazi Party. He was never able to deliver that sermon from the pulpit: on October 23 he was arrested by the Gestapo, accused of subversive activities. He was first sent to the Tegel prison, in Berlin, where on a visit, the bishop of the city, Konrad von Preysing, was able to deliver a letter of support sent by Pope Pius XII. 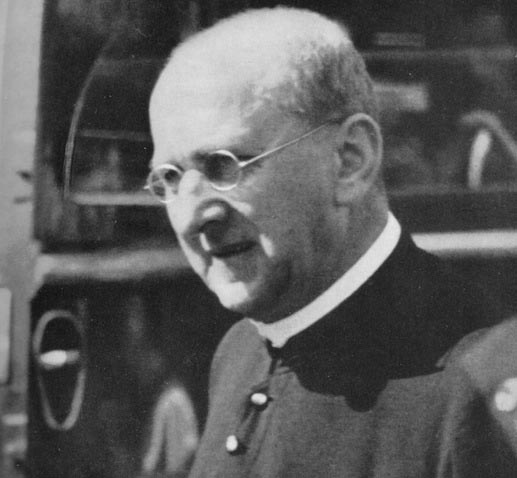 He asked to accompany the Jews: he died on the way to Dachau

Sentenced to two years of internment, Bernhard asked to be able to accompany the Jews to give them support. He was ordered to be transferred to the Dachau concentration camp. During his transport there, he was hospitalized in Hof, Bavaria, because of his poor physical condition, which had been aggravated by inadequate nutrition during his stay in prison. He died there on November 5, 1943, from pneumonia. His body was taken to Berlin, where he was buried in the cemetery of St. Eudivigis Cathedral on November 16. More than 4,000 people attended his funeral.

Pope Saint John Paul II beatified Bernhard Lichtenberg as a martyr in Berlin on June 23, 1996. In 2004, Israel's Yad Vashem declared him Righteous Among the Nations. During his stay in prison he wrote some notes. He ended these lines with what he said in one of them:

"My soul, when you wake up in the morning, start saying to yourself slowly and thoughtfully: "Today I want to examine everything in the light of eternity, everything that happens to me, what makes me happy and what saddens me, what animates me and what oppresses me." Perhaps I will certainly have a second purpose in a few weeks, since I have realized what my problem is: impatience. In the future, after my first resolution I will say slowly and thoughtfully: "Today I want to dominate my soul with my patience." I know that I will lose patience a thousand time."

Blessed Bernhard Lichtenberg, pray for us.