All evidence pointed to an attempted rape by Soviet soldiers

Communism and its ‘liberation’ of women: the murder of the girl Maria Tyrankiewicz

The left has the habit of identifying the right with “machismo”, that is, with an attitude of arrogance and contempt for women.

Such propaganda often overlooks cases such as the massive rapes of women and girls by the Soviets in World War II, events that not only had German women and girls as victims. In 2017 you could already read in Counting Stars what happened in Poland, where Red Army soldiers raped more than 100,000 girls and women, from 4 to 80 years of age. Many of them were also assassinated, while the Soviet propaganda presented their occupation of that country as a “liberation.”

The murder of the student Maria Tyrankiewicz in Łódź

A few months after the end of the war, on December 14, 1945, on this day, a murder took place in the city of Łódź (Poland). The victim’s name was Maria Tyrankiewicz, she was 24 years old and a second-year student in the Department of Dentistry at the University of Łódź. Her body was found in Staszic Park on the afternoon of that day, near a Soviet hospital and where Red Army soldiers used to wander. It so happened that in one of her victim’s hands he found a button from a Soviet uniform. The residents of Łódź had already suffered robberies and rapes at the hands of the Red Army soldiers, and the murder of Maria, as well as the information that was known of the crime, caused great outrage. 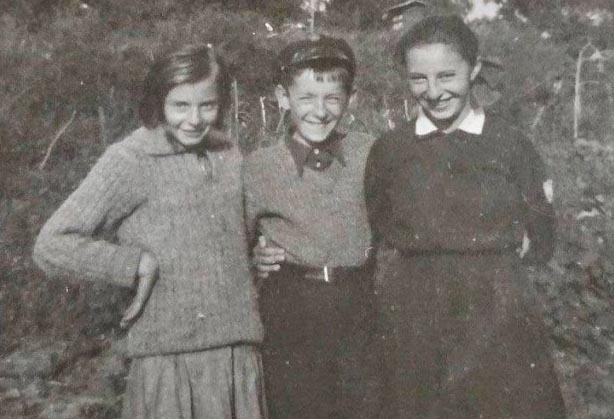 Maria Tyrankiewicz, right, in a photo taken in her childhood (Source: Wyborcza.pl).

It so happened that Maria was the daughter of a family with a great patriotic tradition. Her father, Captain Stanisław Tyrankiewicz, had participated with the Polish Army in the defensive campaign of September 1939, going to Romania -in an attempt to reach France to continue the fight-, being interned there. Stanisław did not return to Poland until 1947, two years after the murder of his daughter. Likewise, Maria’s mother, Władysława, had participated in the Polish-Soviet War of 1919.

On December 17, 1945, three days after Maria’s body was found, the Łódź City Council Pathology Institute declared that her death was due to a gunshot to the chest. The autopsy did not detect any signs of rape, but the forensic expert did not exclude the possibility of an attempted rape. Maria’s mother was convinced of the sexual motive for the crime because her daughter was found with her dress torn. Maria was a strong and skilled woman, like her mother. On one occasion, Władysława was attacked by two assailants and she resisted and managed to take them to the police station. This supports the hypothesis that Maria resisted an attempted rape and that the assailant murdered her. The possible involvement of Soviet soldiers in the crime was reinforced on December 21 by an order from the military authorities forbidding Soviet and Polish soldiers to go out onto the streets of Łódź after 9:00 p.m. 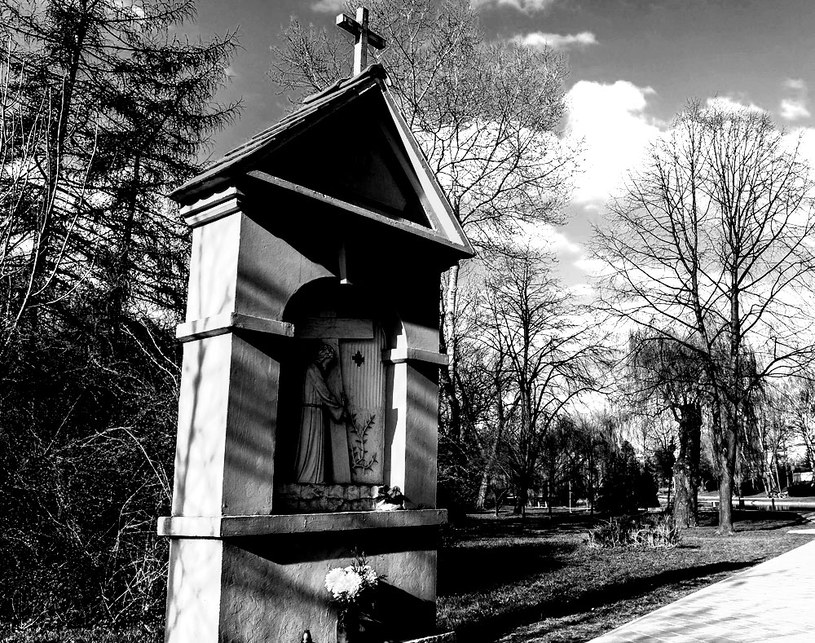 Staszic Park, where the body of Maria Tyrankiewicz was found. Nearby was a Soviet hospital (Source: Interia.pl).

The regime attributed the crime to “provocateurs”, as it did with all Soviet crimes

When the crime became known, the media of the communist dictatorship attributed it to “provocative elements”, as they did with all the rapes and robberies committed by Soviet soldiers, in an attempt to present the Polish anti-communist resistance as guilty. The students of the University of Łódź and its rector, Professor Tadeusz Kotarbiński, did not believe the claims of the Communist propaganda and were outraged by its lies. Fearing a social outbreak, the Communists ordered that the funeral be held behind closed doors and that students be prevented from participating in the funeral ceremony for their companion. They did not succeed.

The funeral was held on December 19. Thousands of students came from Łódź and also from other places. The procession passed in silence, moving the coffin to the University church. The security services of the dictatorship photographed all those attending the funeral. After the event, many students came to demonstrate outside the headquarters of the communist newspaper “Głos Robotniczy”, which had tried to cover up the crime by accusing “provocateurs”. The march turned into an anti-communist demonstration, with shouts against the Soviets and accusations to the authorities of covering up the murder. Communist police fired into the air to disperse the students. Two days after the demonstration, state security detained 1,500 students. Some spent several months in prison. 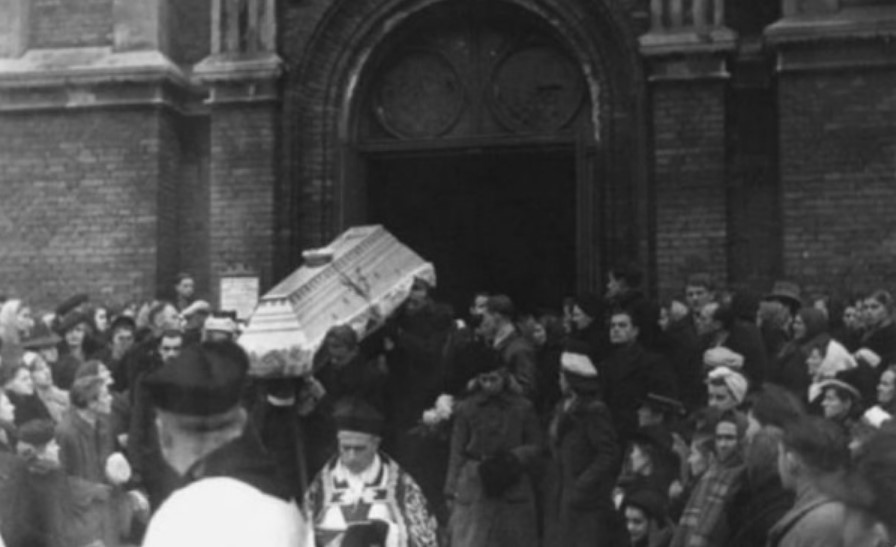 The funeral for Maria Tyrankiewicz in the Łódź University Church (Source: @Ojdadana).

To this day, the murder of Maria Tyrankiewicz is an unsolved crime. However, the known data and the excessive interest of the communist regime in covering up the crime point to the participation of some Soviet soldier in the crime. Perhaps for this reason, the communist dictatorship was more interested in preventing protests than in investigating the crime. Sadly, Maria was one of the many Polish women for whom there was no Justice. It does not hurt to remember these facts now that the communists and other leftist colleagues pretend to present themselves as the liberators of women. A deception that no one should ever fall into again.