Russia surrounded by NATO? The pitfalls of a pro-Russian propaganda image

It is often said that the first victim of all wars is the truth, and there are times when this happens before the war even begins.

In recent days, a curious world map has been circulating on social networks that tries to prove the thesis that it is actually Russia that is being surrounded by NATO, and not the other way around. 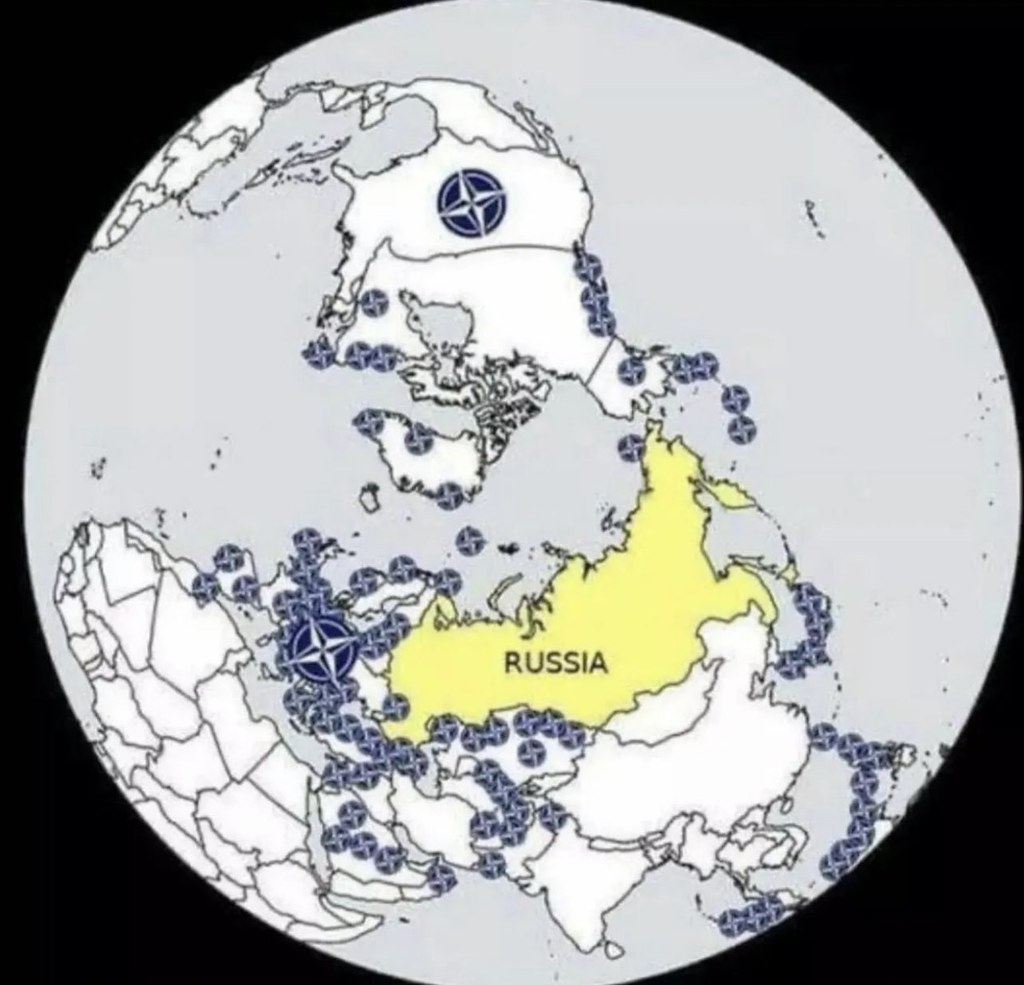 I have started to see it with my friends and it has even reached me via WhatsApp, so at this point, I think it is worth clarifying its traps.

First of all, the map puts the NATO logo over 19 countries that are not part of the Alliance, such as Japan, South Korea, Taiwan, the Philippines, Malaysia, Kazakhstan, Uzbekistan, Pakistan, Afghanistan, Iraq, Israel, Saudi Arabia , Oman, Georgia, Azerbaijan, Ireland, Serbia, Ukraine and Moldova. The NATO logo even appears on Wrangel Island, which belongs to Russia.

If the excuse for doing this is that these countries are US allies, it is not valid. Kazakhstan and Serbia are allies of Russia (they belong to the CSTO). Uzbekistan also has good relations with the Putin government. Afghanistan is in the hands of the Taliban, who also have good relations with Putin. But it is also that, if the US allies are going to be counted, the logical thing would also be to mark Russia’s allies in yellow. In addition to those mentioned, China, North Korea, Iran, Armenia, Belarus, Kyrgyzstan, Tajikistan, Syria, Cuba, Nicaragua and Venezuela, for example, would be missing.

Secondly, the creator of the map (I don’t know who he is, but I have seen that it has been circulating in several languages for more than 3 years) has played with the perspective. To give us an idea, this map from thetruesize.com will give us a better idea of the size of Russia: 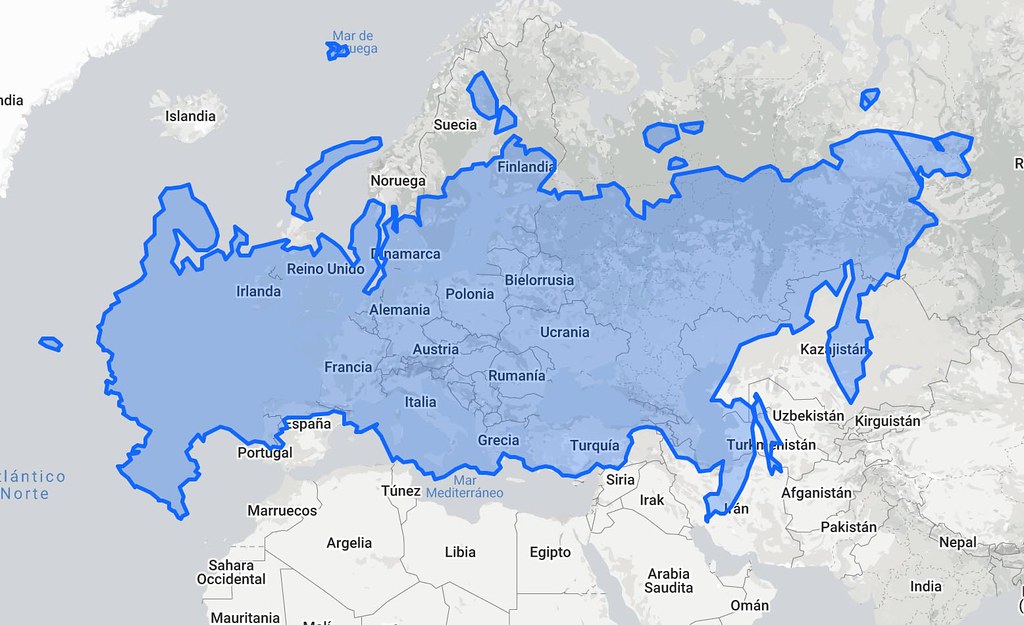 To this must be added two facts: only 16% of Russia’s land borders coincide with NATO member countries (five, to be exact: Estonia, Latvia, Lithuania, Poland and Turkey), and none of these five countries NATO has nuclear weapons.

It would not hurt to add that, according to Statista data from 2020, Russia has more nuclear weapons than all NATO countries combined (6,375 Russian nuclear weapons compared to 6,305, which are the sum of the 5,800 of the US, the 290 of France and the 215 in the UK). If we add those of their respective allies, we would have to add 320 from China and 40 from North Korea (Russia’s allies) and 90 from Israel (US ally), with which we have 6,735 nuclear weapons from Russia and its allies, and 6,395 of the US and its allies. Note that two of Russia’s nuclear allies are communist dictatorships.