Most of the places attacked have been of Orthodox Christian religion

Russia has attacked 59 temples and religious centers in Ukraine: this is how they remained

While some insist on considering Putin a defender of Christianity, Russia is dedicated to attacking holy places in Ukraine, mostly Christian.

This Friday, the Ukrainian government published a report about the attacked temples and religious centers, in which it denounces: "While Kremlin propagandists cynically cover up their imperial ambitions with claims to “protect Orthodoxy”, an aggressive attack by Russian troops it is destroying Orthodox churches and other sanctuaries in the religious communities of Ukraine." The average is two religious centers attacked every day of the invasion. In this, Russia also seems to have returned to the Soviet era.

The Ukrainian Ministry of Culture adds: "at least 59 buildings of spiritual importance (excluding adjacent buildings) have been damaged in at least eight regions of Ukraine since February 24: kyiv, Donetsk, Zhytomyr, Zaporizhia, Lugansk, Sumy, Kharkiv. and Chernihiv. The vast majority of them are Orthodox churches. Mosques, synagogues, Protestant churches, religious schools and important administrative buildings of religious organizations were also destroyed."

You can see below some images of these temples and religious centers attacked: 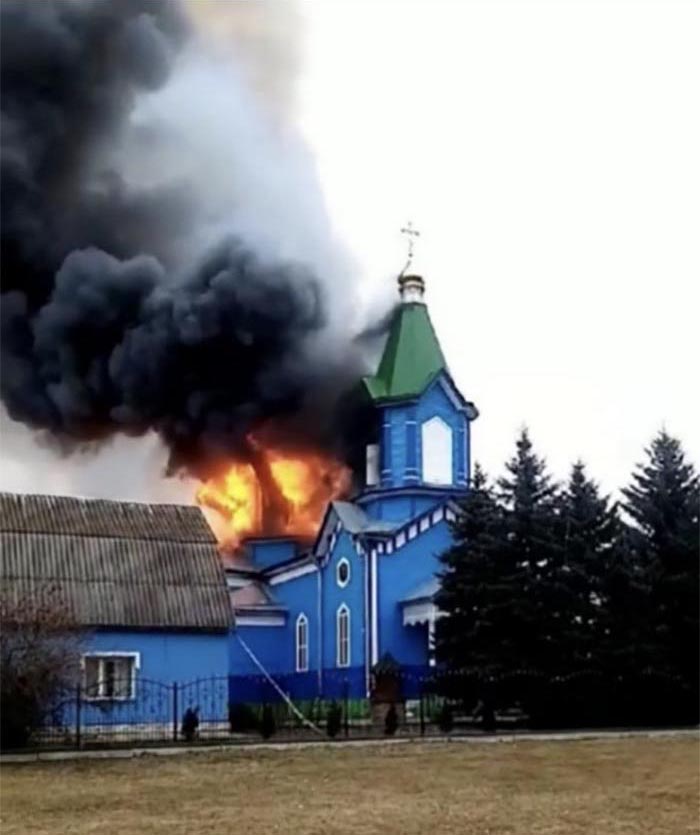 On March 7, the Russians destroyed the Church of St. George in Zavorychi, in the Kiev region. It was a wooden temple of the Ukrainian Orthodox Church, built in 1873. 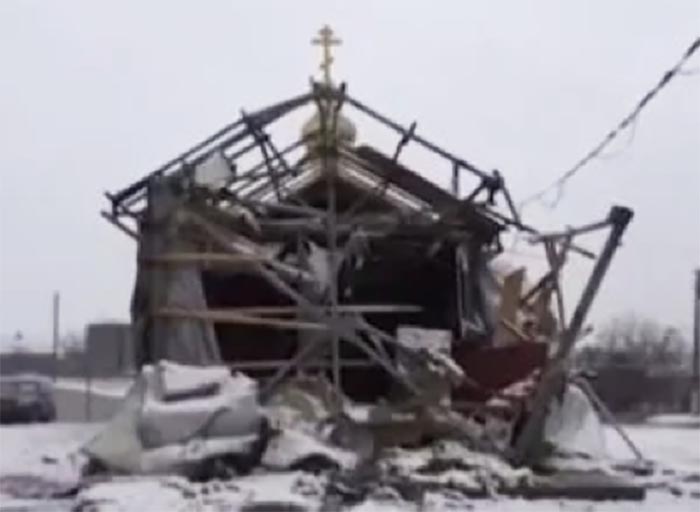 On February 27, the Russians attacked the Church of St. Nicholas the Miraculous in Novohnativka, in the Donetsk region. A shell hit the altar, destroying it along with the iconostasis. 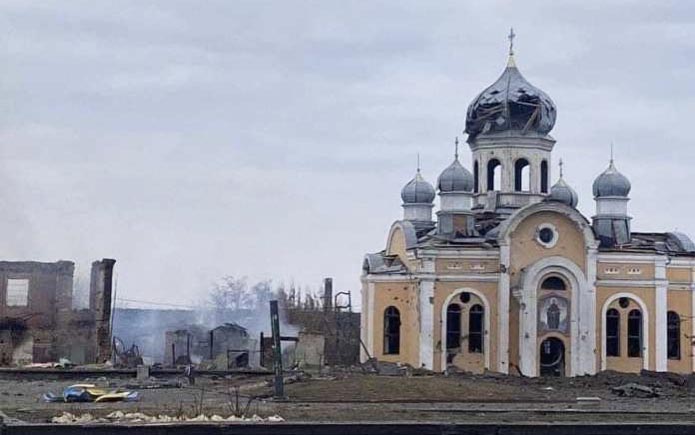 The Church of the Great Martyr George the Victorious, near Irpin, in the Kiev region, was bombed by the Russians on March 6. 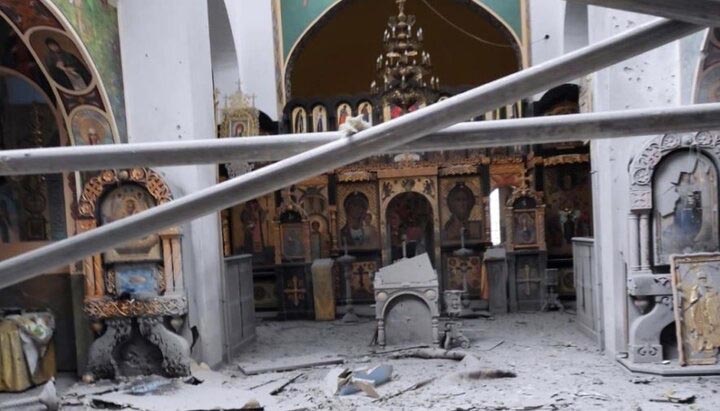 The Church of the Intercession in Malyny, in the Zhytomyr region, attacked by the Russians on March 6. 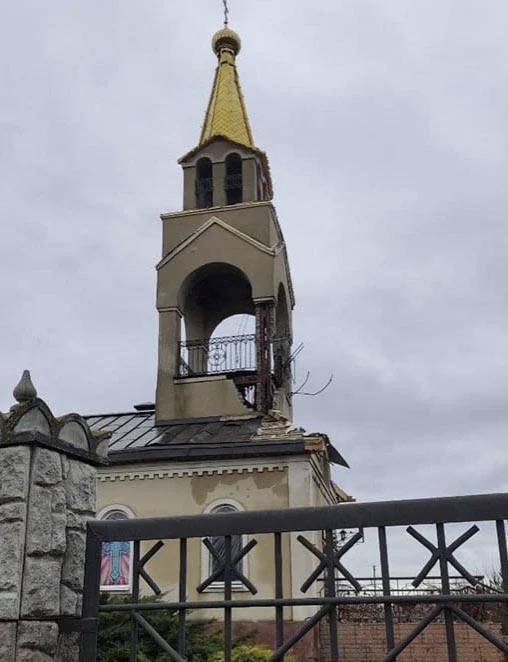 On March 2 the Russians attacked the Church of the Nativity of the Blessed Virgin Mary in Talakivka, near Mariupol, damaging the main dome, the roof and the bell tower. The temple had been rebuilt 30 years ago, in 1992, after Ukraine's independence, on the same site where it had been destroyed during the Soviet era. 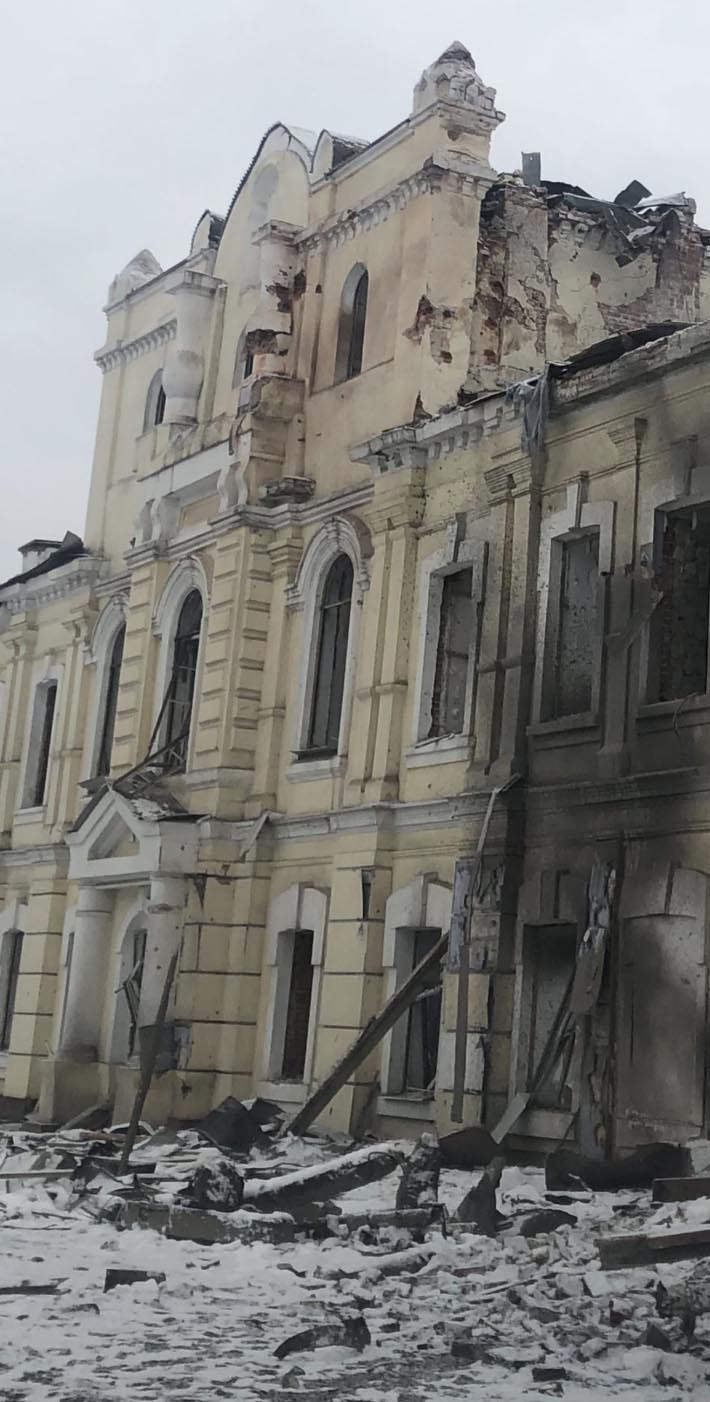 The Church of Saint Andrew in Kharkov, showing the damage caused by the Russian bombing against that city in northern Ukraine. 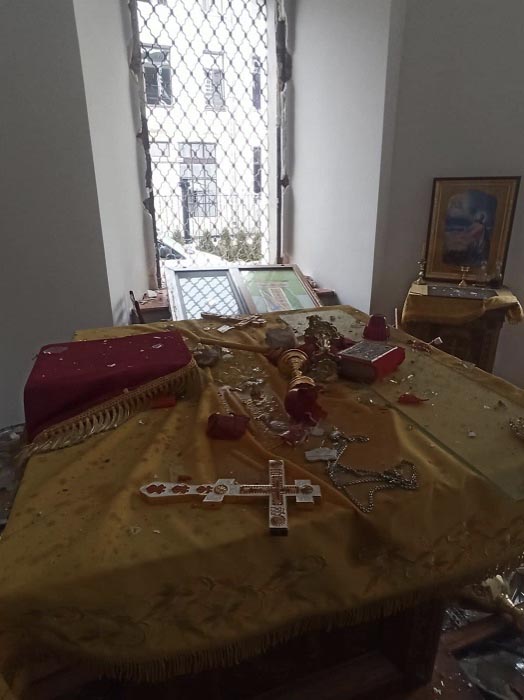 On March 2, a Russian attack broke the windows and stained glass in the Cathedral of the Assumption of the Blessed Virgin Mary in Kharkov, damaging the utensils and decorations of this temple belonging to the Catholic Church. The church was built in 1887. During the Soviet era, the communists appropriated it to set up a cinema. In 1992, after the independence of Ukraine, the temple was returned to the Catholic Church. 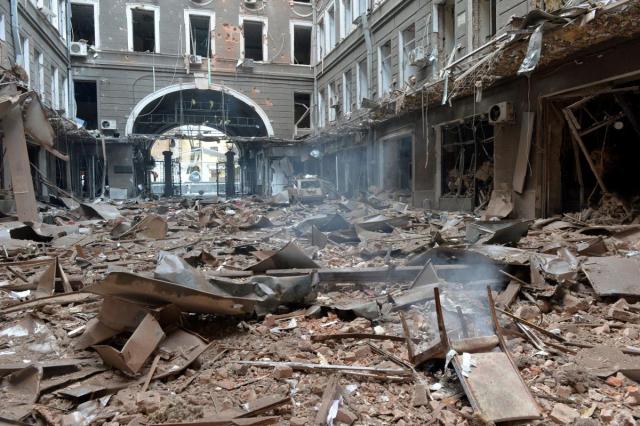 The building of the Jewish youth organization Hillel in Kharkov, attacked by a Russian bombardment on March 3. 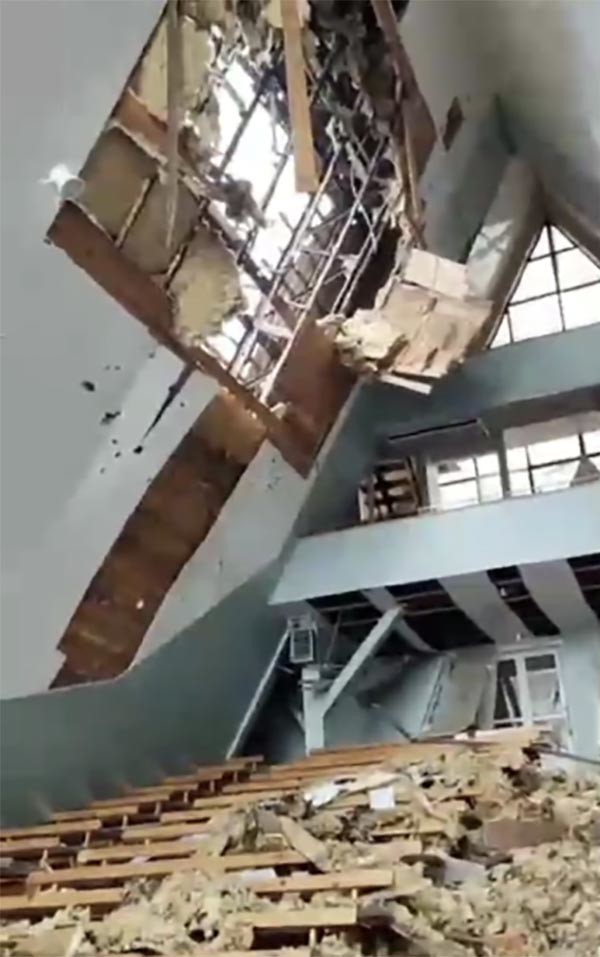 The Church of Christ the Savior of the Evangelical Baptists in Mariupol, destroyed by a Russian bombardment. 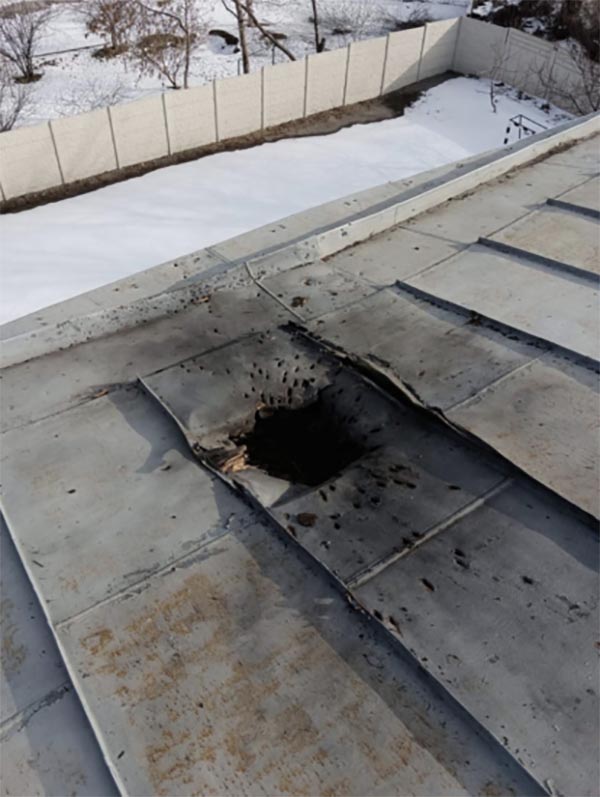 On the morning of Tuesday, March 15, a Russian rocket hit the Kharkov Jewish Community Yeshiva building at 17 Chobotarska Street. The building houses a synagogue used for the Jewish school and student dormitory. 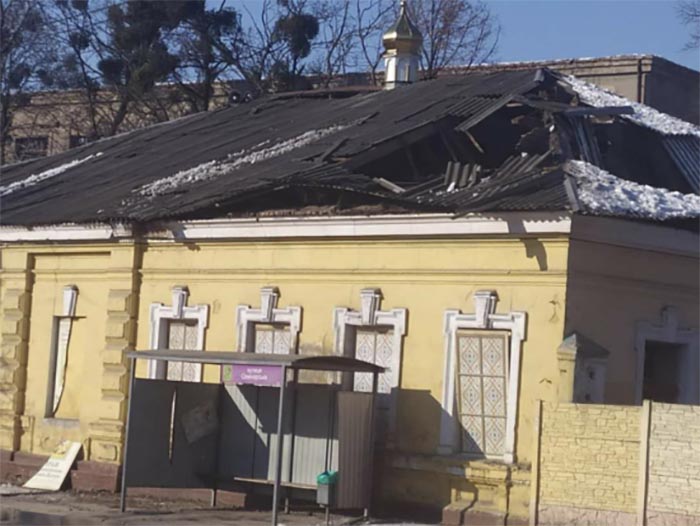 On the night of March 16-17, the Smolensk Church of the Icon of the Mother of God, in the Kholodna district, was damaged by Russian shell fragments. The roof of the temple was destroyed, windows and doors were broken, and church utensils were damaged. 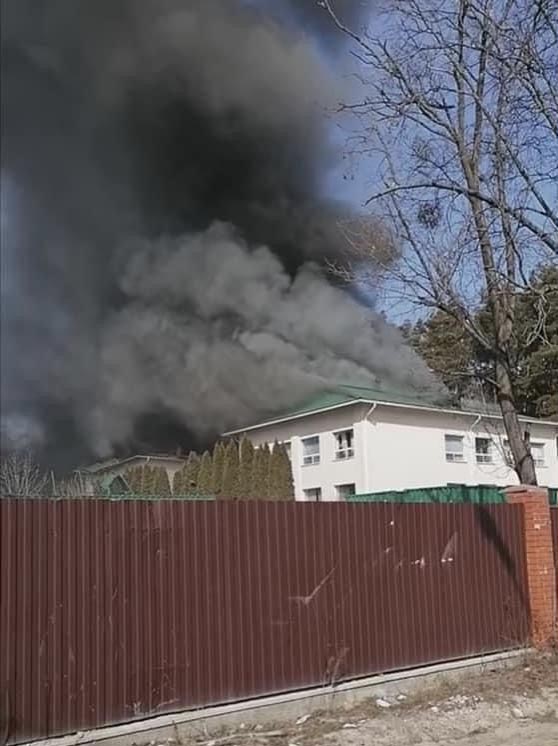 On March 20, between 8:00 and 10:00 in the morning, some thirty mortar shells hit the facilities of the Irpin Biblical Seminary, which belongs to the Evangelical Churches. An explosive charge also flew under the roof. 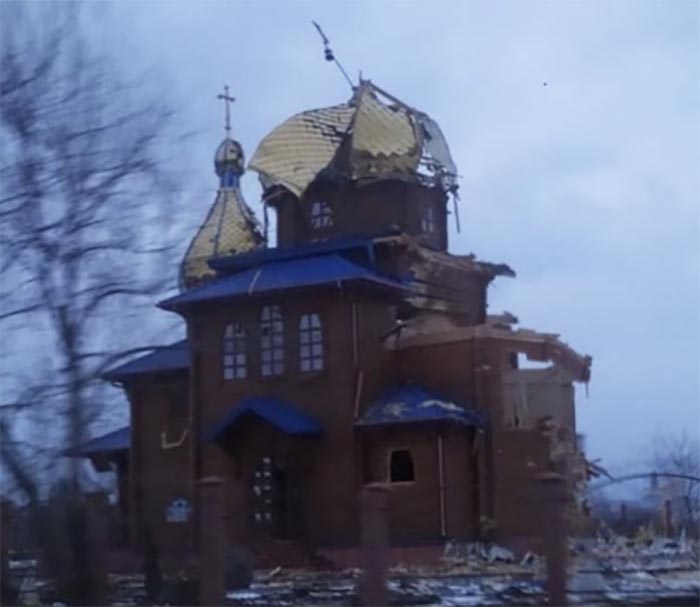 On March 12, the Church of St. Nicholas in Volnovakha, Donetsk Oblast, was destroyed by Russian shelling. 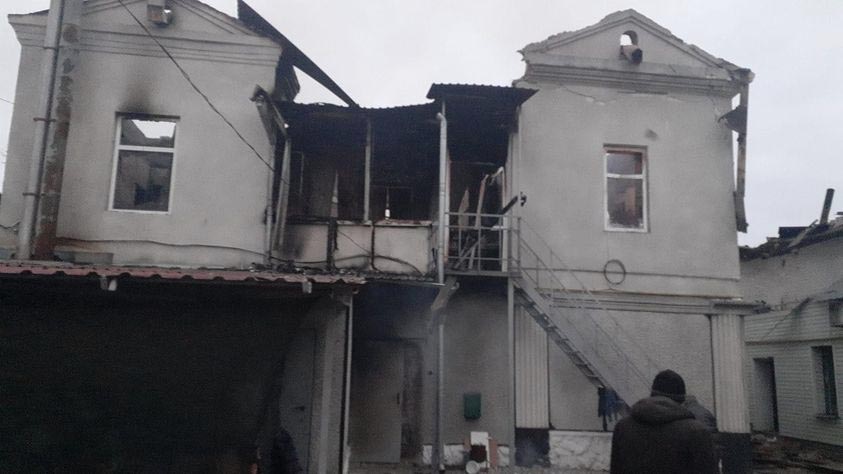 The Evangelical Baptist House of Prayer in the city of Izyum, Kharkiv Oblast, partially destroyed by a Russian attack on March 6. 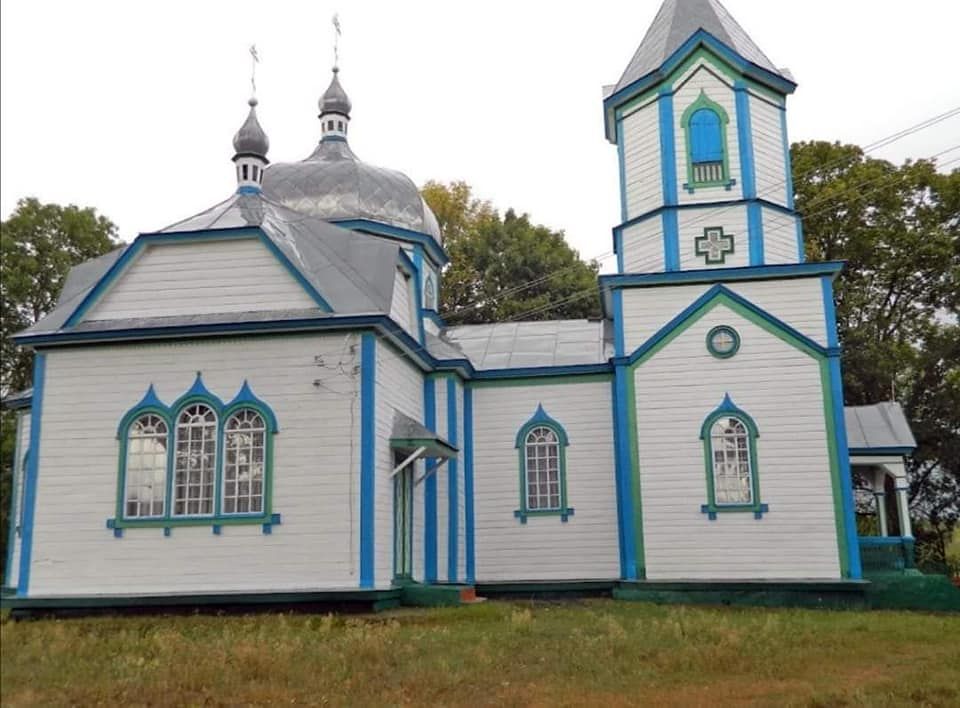 This was the Church of the Blessed Virgin Mary in the village of Vyazivka, in the Zhytomyr oblast, before the Russian invasion. 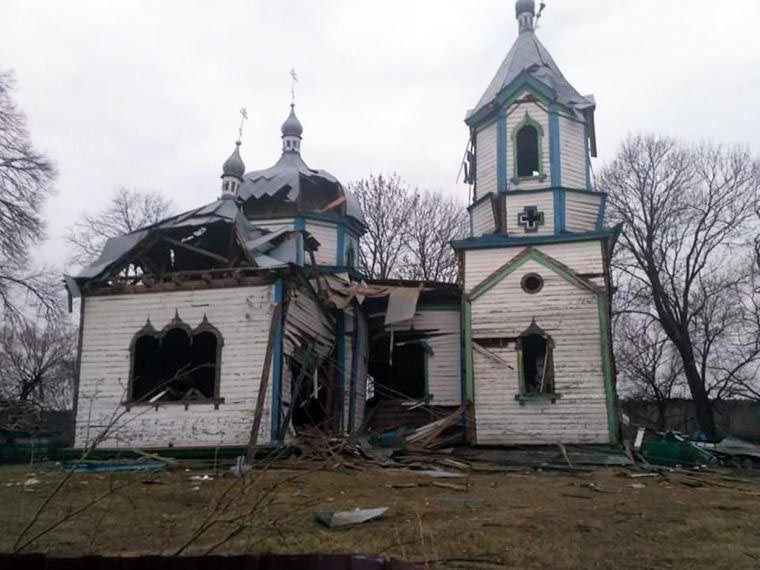 This church was attacked on March 7 by the Russians. This is how it remained.