This Thursday marks one month since the beginning of the illegal and unprovoked invasion of Ukraine by Russia. An invasion that is being purely criminal.

Images of the destruction of Mariupol by the Russians

Proof of this are these images released yesterday of the city of Mariupol, from a drone view, after several weeks of siege and indiscriminate attacks by the Russian Army against residential areas and unarmed civilians. It is a level of devastation unprecedented in Europe since World War II, and it shows that Vladimir Putin, his government and his armies deserve to be charged with war crimes.

The current situation of the Russian invasion in Ukraine

Regarding the current situation of the invasion, the British Defence Intelligence has published today this map that shows the areas occupied by the Russians in pink. As can be seen, today, and after a month of the beginning of the Russian aggression, most of Ukraine remains under the control of its government. 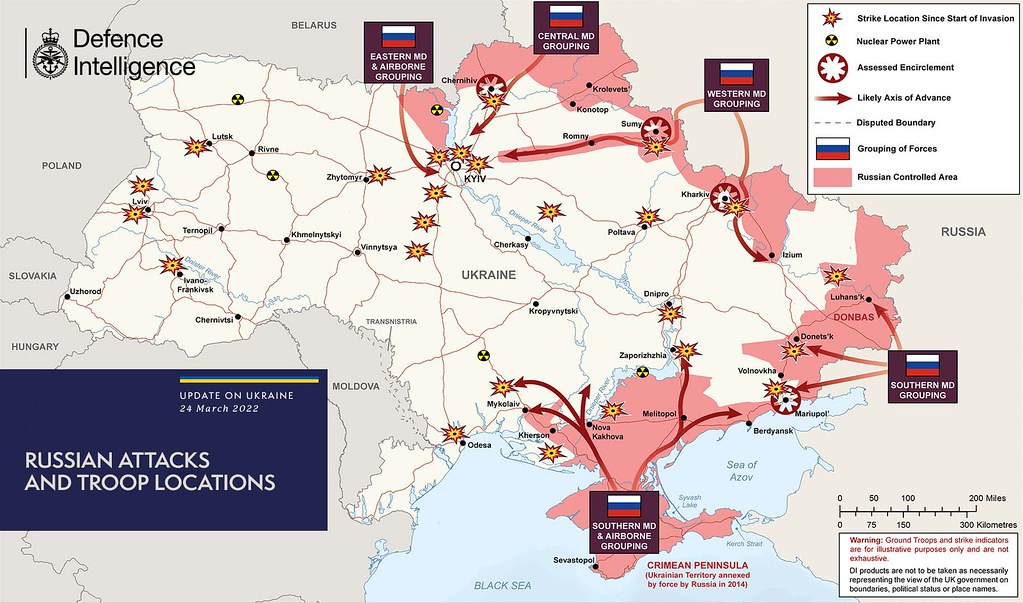 This morning, the British Ministry of Defense has published its latest intelligence report on the invasion: “Russian forces have almost certainly suffered thousands of casualties during their invasion of Ukraine. Russia is likely now looking to mobilise its reservist and conscript manpower, as well as private military companies and foreign mercenaries, to replace these considerable losses. It is unclear how these groups will integrate into the Russian ground forces in Ukraine and the impact this will have on combat effectiveness.”

In its report last night, British Defence Intelligence noted: “Ukraine is increasing pressure on Russian forces north-east of Kyiv. Russian forces along this axis are already facing considerable supply and morale issues. Ukrainian forces are carrying out successful counter attacks against Russian positions in towns on the outskirts of the capital, and have probably retaken Makariv and Moschun. There is a realistic possibility that Ukrainian forces are now able to encircle Russian units in Bucha and Irpin. It is likely that successful counter attacks by Ukraine will disrupt the ability of Russian forces to reorganise and resume their own offensive towards Kyiv.”

Taking into account the Russian invasion plans captured by the Ukrainians earlier this month, it is clear that Russia has not even remotely met the objectives it set for itself in Ukraine, and is even having much more difficulty than expected, due to the tenacious Ukrainian resistance and the supply of weapons to Ukraine by allied countries. The indiscriminate Russian attacks against the Ukrainian civilian population show the desperation of Putin, who sees how his armies are incapable of achieving the assigned goals and prefers to choose to instill terror in the Ukrainian people in an attempt to provoke their surrender by killing men, women and children.

Civilian casualties among the Ukrainian population

Regarding human losses, today the UN has published a report indicating the following figures of deaths and injuries among the civilian population: 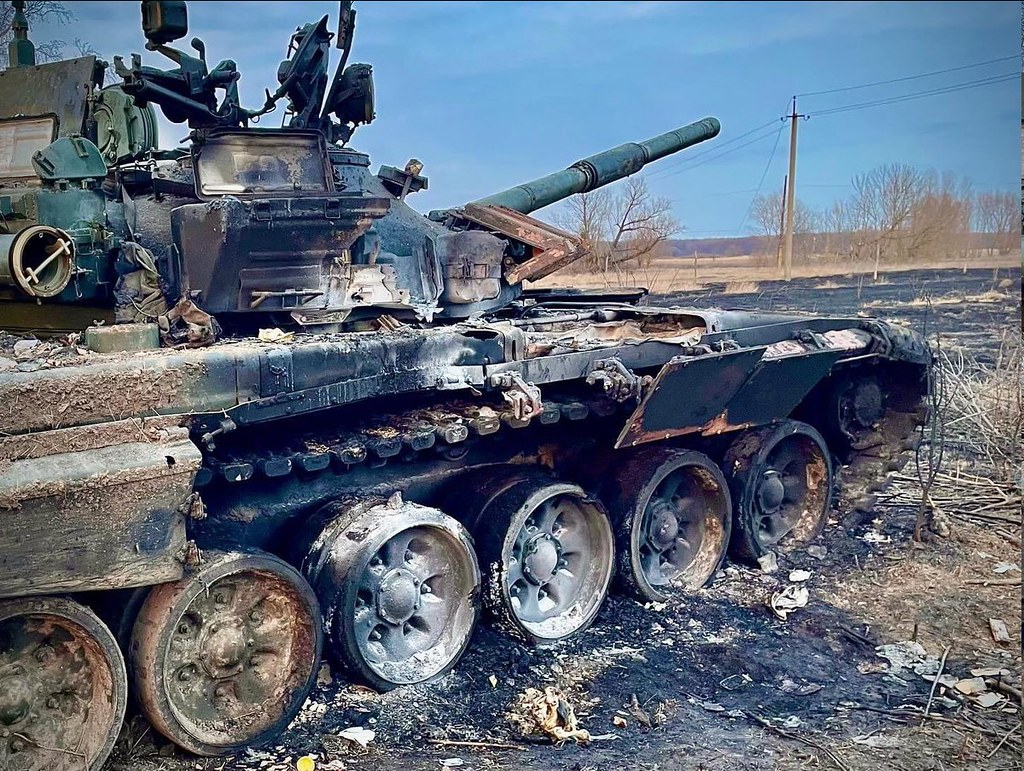 Military losses on both sides

Military losses remain difficult to determine. Let’s start with the ones indicated by each of the sides. This noon, the Ukrainian Foreign Ministry published these figures of Russian casualties:

To these figures must be added that on March 19 the Ukrainian government said that 562 Russian soldiers had been captured by Ukrainian forces. Likewise, the Ukrainian News Agency has pointed out that Russia and Ukraine have already exchanged prisoners, specifically 10 for each side, as well as 11 Russian military sailors rescued by the Ukrainians from a Russian ship sunk in Odessa, in addition to 19 Ukrainian civilian sailors of a rescue ship captured by the Russians.

In turn, this morning the Russian Defense Ministry announced the following Ukrainian losses:

The website Oryxspioenkop.com, which has been documenting the material losses of both sides with images since February 24, indicates the following Russian military losses:

In addition, Oryxspioenkop.com has documented the following Ukrainian military losses: