A fascinating video by Jaren Owen with 3D computer animation

Big Ben: the interior and functioning of the London’s famous Clock Tower

Without a doubt, the most famous clock in the world is the so-called Clock Tower of the Palace of Westminster, the seat of the British Parliament, in London.

Renamed Elizabeth Tower in 2009, in honor of the current Queen of England, its most famous name is Big Ben, which is actually the name of the largest of its five bells, which strikes the hours. The tower was built between 1845 and 1858, and the clock started ticking in 1859. This whole type has continued to tick, even through the two world wars (although then its bells were silenced and the lights on its dial didn’t light up, to avoid facilitating German air raids).

The tower has a square floor plan of 12 meters on each side, and in total it reaches 96 meters in height. The clock works mechanically and by gravity, by means of a pendulum, and only uses electricity to illuminate its dial. The building is one of the most symbolic elements of the United Kingdom, because after all it is a country that places great importance on punctuality.

Jared Owen, on his always interesting YouTube channel, published a few days ago an interesting video computer-made in which he shows the inside of the tower and explains how the clock and its bell tower work, which are a brilliant piece of engineering: 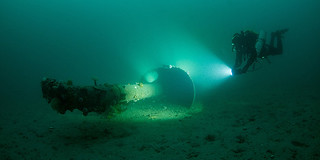