On the shores of the Caspian Sea, in Derbent, a city in the Russian republic of Dagestan, you can see one of the most amazing artifacts of the Cold War.

Designated Project 903 and named “Lun”, this device was a mix of airplane and ship, or more accurately, an ekranoplane, a word adapted from the Russian term “экранопла́н”, used to refer to gliders. Designed in the 1970s as a secret project, it was powered by eight Kuznetsov NK-87 jet engines, located in the front part of the ship and with which it reached a speed of 550 km/h. “Lun” was made to fly literally a short distance from the water, similar to how hovercrafts glide over the waves, but much faster. 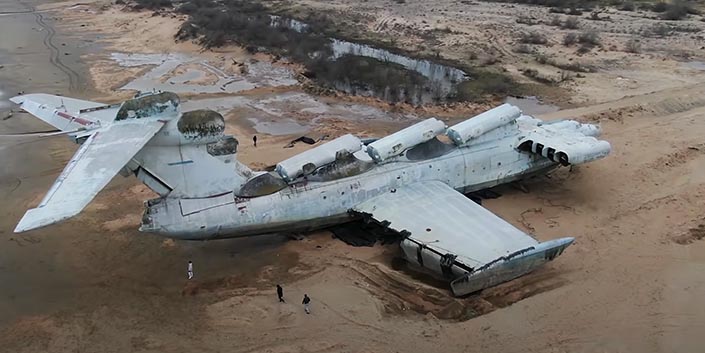 Known as “the Monster of the Caspian Sea”, the armament of “Lun” had six anti-ship missiles P-270 Moskit, located on the hull of the ship. And it is that the objective of the few ekranoplans built by the USSR was to destroy the American aircraft carriers and other enemy ships through a rapid and forceful attack. The problem with the ekranoplanes is that they could only navigate through calm waters, since the waves seriously affected the stability of the device, which was not exactly small: it was almost 74 meters long, with stabilizer wings that had a wingspan of 44 meters. . 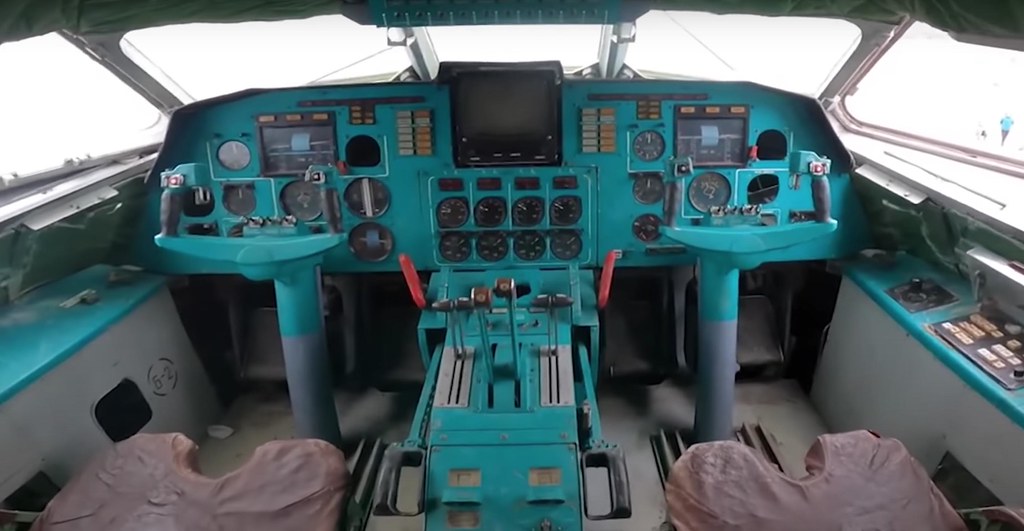 “Lun” entered service with the Soviet Navy’s Caspian Fleet in 1987, and was withdrawn from service in the late 1990s, remaining at the Kaspiysk naval base in Dagestan. In the year 2000 she was transferred to Derbent, where she can currently be visited. A year ago, the Russian urban explorer Zloy Kot published an interesting video exploring this ekranoplane (the video is in Russian, but automatic subtitles are available in English):

You can see under these lines the location of this ekranoplan on Google Maps: