The Zone of Silence: a land full of myths whose origin is in a US military rocket

How does a legend originate? It is a question that is not easy to answer. But sometimes we can get an idea by reviewing certain cases.

In the north of Mexico there is a place known as the Zone of Silence. It is located in the so-called Bolsón de Mapimí, a desert area that encompasses the Mexican states of Coahuila, Chihuahua and Durango. On July 11, 1970, the US Air Force launched an Athena RTV rocket from the Green River launch complex, Utah. These types of rockets were used in tests to simulate the re-entry into the atmosphere of an intercontinental ballistic missile.

The launch was made at 8:40 GMT from Green River Pad 1, and the target was the White Sands test range in New Mexico. However, something went wrong, the rocket went off course and ended up falling about 320 km south of the border with Mexico, in the area of Bolsón de Mapimí, in the south of the state of Chihuahua. At the time of the accident, the rocket was carrying two small capsules of cobalt 57, a radioactive isotope used in so-called “salt bombs”, a type of weapon that causes smaller explosions than conventional weapons, and whose purpose is to contaminate a wide area. with radiation. 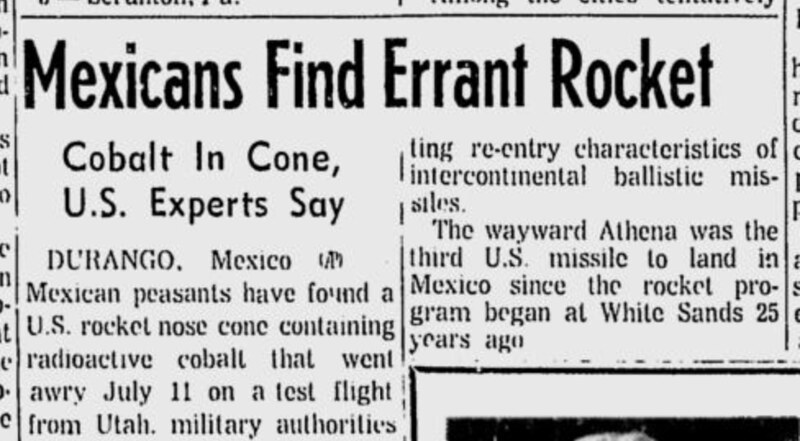 The news of the discovery of the remains of the Athena RTV rocket in the Zone of Silence in the Toledo Blade on August 4, 1970 (Source: News Google).

The United States sent a note of apology to the Mexican authorities for the error and asked for their help in locating the rocket. At the beginning of August 1970, some Mexican peasants found the remains of the Athena RTV, according to the Toledo Blade newspaper. A rescue operation was organized to recover the remains, and the US authorities indicated that the aforementioned cobalt 57 capsules did not pose a danger as they were sealed. 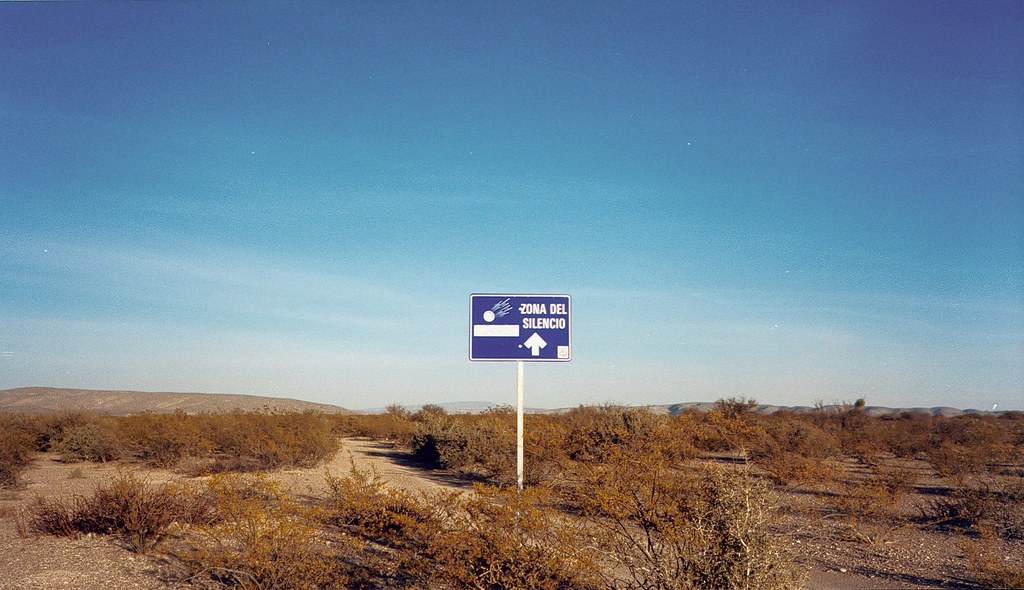 A sign indicating the location of the zone of silence (Photo: Cryptocône / Wikimedia).

From then on, rumors began to spread about that place. Everything indicates that a Mexican citizen, who was hired to protect the remains of the rocket during the rescue operation, would have been the origin of the first stories that circulated about the site, which spoke of magnetic anomalies that prevented radio transmissions in the place, so it ended up being baptized as the Zone of Silence. Later came stories about meteor falls, UFO sightings and even the appearance of extraterrestrial fauna, all of which were always unconfirmed. Those stories turned that desert site into a magnet for tourists, so it cannot be ruled out that the locals themselves gave rise to those legends.

One of the landscapes of the Zone of Silence (Photo: Bazarchihuahua.com).

Apart from these legends, the place is part of the Mapimí Biosphere Reserve, due to the wide variety of flora and fauna it contains: more than 400 species of plants (including 39 different types of cacti) and 200 species of birds. Whether the legends are true or not, it is an attractive place for fans of alternative tourism. Of course, with very hot temperatures in summer and very cold in winter. Today, in that place there are signs that indicate how to get to the “Zone of Silence”, a name that has become popular in the last 50 years, especially for tourist purposes. Under these lines you can see its location on Google Maps.