In the city of Richmond, Virginia, in the United States, there is a tunnel that has a tragic history. Known as the Church Hill Tunnel, it was completed in that district of the city in 1873 by the Chesapeake and Ohio Railway (C&O). Already during its construction, the tunnel was involved in fatal accidents, due to water leaks and the collapses that they caused. In 1901 a viaduct was completed which caused the Church Hill Tunnel to be abandoned. It remained that way for more than 20 years, when it was decided to reuse it. However, as the new trains were larger, the tunnel had become too small and had to be adapted and also repaired, due to its state of abandonment. 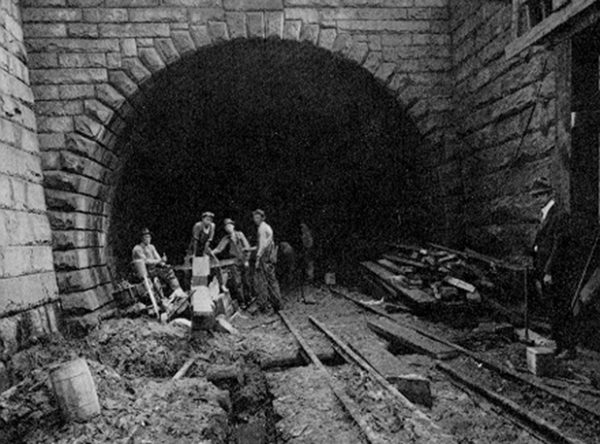 The western entrance during the rehabilitation works of the tunnel in 1925, before it collapsed (Photo: Virginia Historical Society / Nesso Strategies). 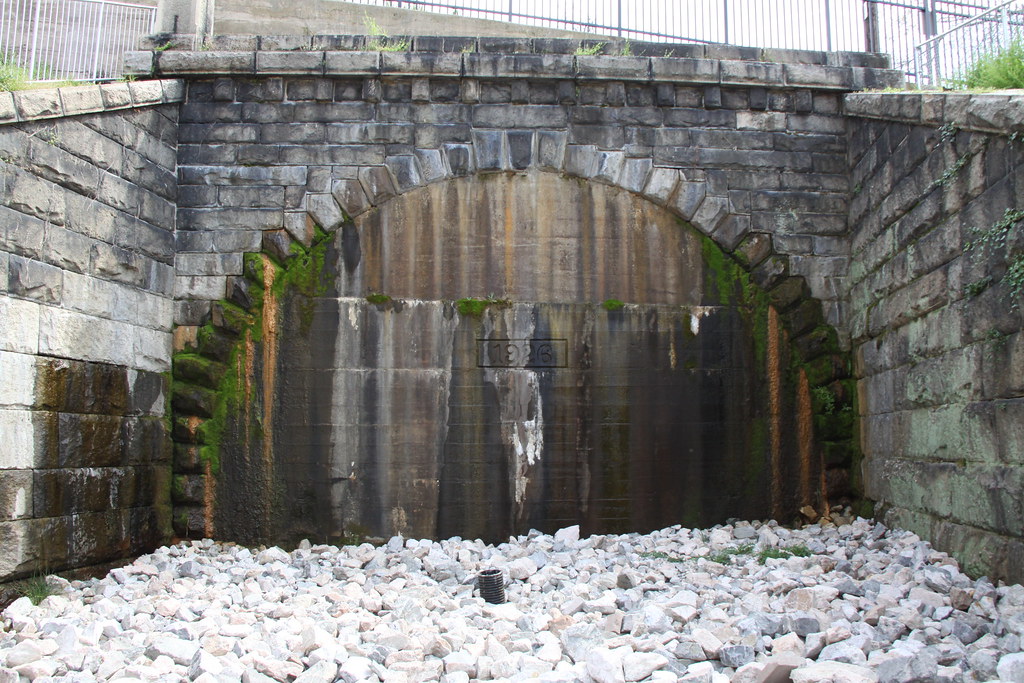 The western entrance, currently sealed with the date 1926, the year the tunnel was closed (Photo: Eli Christman).

The accident caused four deaths. One of them was the engineer Thomas Joseph Mason, whose body was recovered. Also killed was firefighter Benjamin F. Mosby, who made it out of the tunnel but died hours later from burns caused by the locomotive’s ruptured boiler. In addition, two laborers, identified as Richard Lewis and H. Smith, were buried in the tunnel along with the train. For nine days, attempts were made to rescue their bodies, but new collapses in the tunnel prevented it. Finally, due to the danger of the tunnel, the authorities ordered to seal it. The bodies of Lewis and Smith were never found: they are still buried there with a steam locomotive and ten flat wagons. 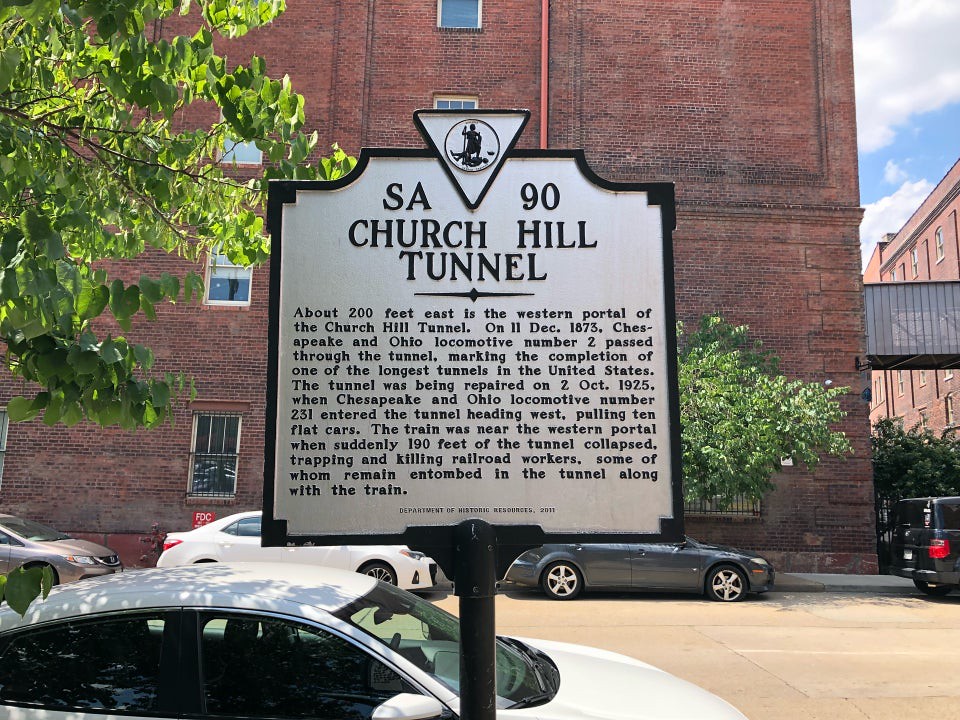 Plaque commemorating the accident that occurred in the Church Hill Tunnel on October 2, 1925 (Photo: Michael B. / Foursquare).

Today, the western entrance to the tunnel is still sealed, with a date inscribed on it: 1926, the year it was closed. The eastern entrance (which you can see at the top of this entry) is open and is flooded due to constant water seepage. From that entrance you can see the collapsed interior of the tunnel. A few years ago an attempt was mooted to recover the train and the bodies of Lewis and Smith. A camera was managed to sneak in, but what was found was mud and water. The risk that an excavation could cause the collapse of the nearest houses, due to sinkholes, led to the cancellation of the operation.

A few months ago, the VPM channel published an interesting and comprehensive report on the Church Hill Tunnel, explaining its history and how the collapse occurred:

Last year, the Mobile Instinct 2 channel posted this video showing the eastern entrance to the tunnel: