They burn a Spanish flag in front of the Police: not one arrest

Impunity for the left and separatists when breaking the law is becoming the usual practice of the Pedro Sánchez government.

Three arrested after a police investigation for burning an LGBT flag

On July 19, three young men were arrested for burning an LGBT flag in Ajofrín (Toledo, Spain), an event that occurred on June 28. The flag was flying in the town hall of that town despite the Supreme Court ruling that prohibits placing unofficial flags on public buildings. The Europa Press agency pointed out that in this case, the Civil Guard initiated an investigation called Operation "Drapeau" until they found those responsible for burning that flag, three Spanish men between 18 and 19 years old, who are accused of crimes of promotion and public incitement to hatred and harm. 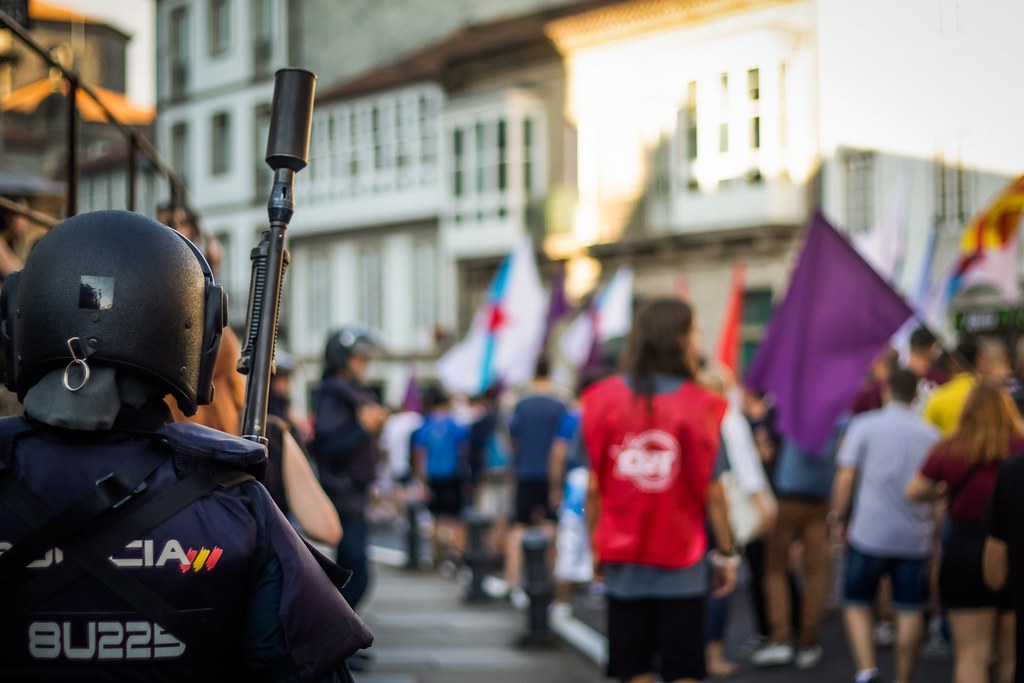 They burn a Spanish flag in front of the National Police: not one arrest

The thing changes when we talk about a Flag of Spain. Last Sunday, July 24, around 8:00 p.m., a separatist march went through some of the streets of Santiago de Compostela. The march, called by the far-left group "Mocidade pola Independencia", was closely escorted by the National Police (as seen above). The march started from the Alameda, finally ending in the Cervantes Square. Once there, three hooded men lit a flare and burned a Spanish flag. 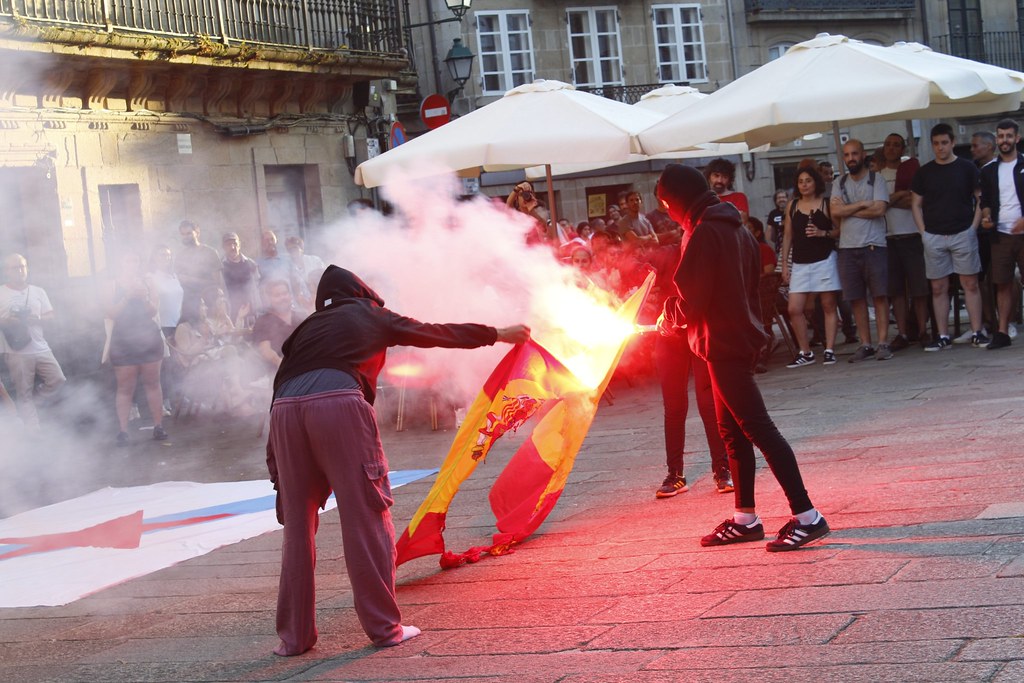 These photos that you see are not the result of any police investigation. The images were published by the organizers of the march on the Twitter account of the aforementioned group, boasting of a crime of outrage against Spain typified by Article 543 of the Spanish Penal Code. 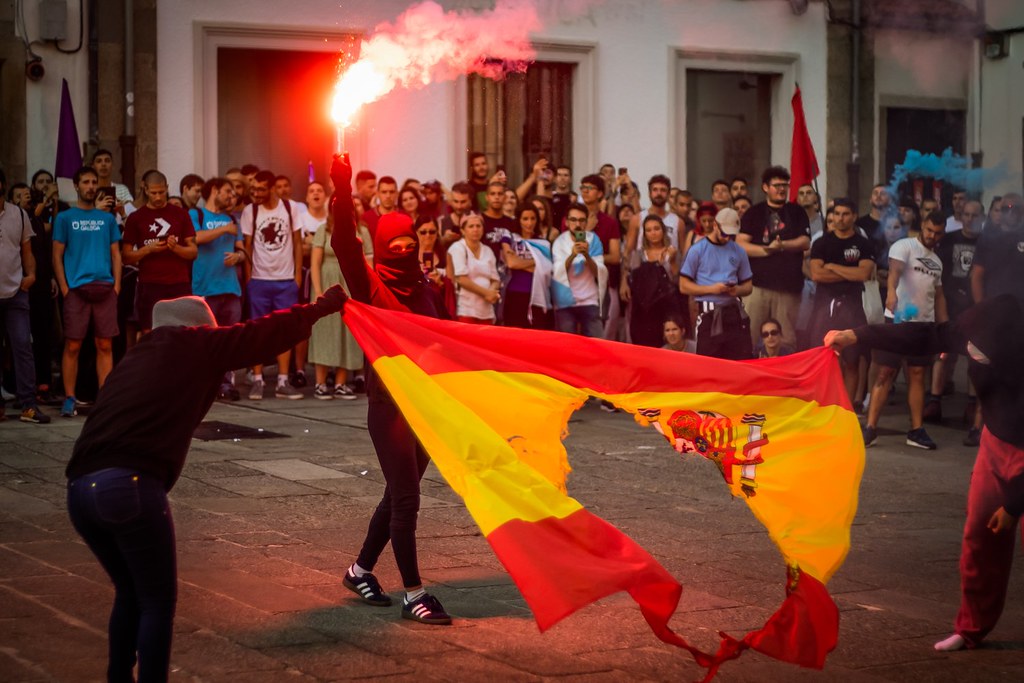 In case it wasn't enough for the State Security Forces that their agents were witnesses to these events and with the graphic evidence that we have just seen, the separatist group yesterday published another piece of evidence in the form of a video, boasting of the flag burning:

Let us bear in mind that this crime was committed in a march that had to be authorized by the goverment, a march that someone must have communicated to the government sub-delegation. In addition, this march is repeated year after year in the same place. I passed by there a few years ago on July 24 at the time that call is made, and it is usually shouted "Killer Police" a few meters from the agents who monitor the call. Some screams that are also typified as a crime, specifically as serious insults to Security Forces and Bodies, in Article 504 of the Penal Code.

Curiously, in the aforementioned march there were no arrests, despite the fact that the burning of that Flag of Spain was carried out a few meters from National Police agents. Did someone order the agents to cross their arms in the face of this crime? In this case, the Article 408 of the Penal Code: "The authority or official who, failing to fulfill the obligation of his position, intentionally ceases to promote the prosecution of the crimes of which he is aware or of those responsible, he shall incur the penalty of special disqualification from employment or public office for a period of six months to two years."

The PSOE, Podemos and Bildu asked to legalize the outrages against Spain

It should be noted that the aforementioned Article 543 of the Penal Code, which punishes outrages against Spain, is a criminal type that is still in force but apparently is not being prosecuted, perhaps because the Socialist Party (PSOE) and the communists of Podemos, In the company of the far-left party Bildu, they asked to repeal this criminal type because they consider that burning a Spanish flag is "freedom of speech." The thing changes, yes, if you burn a flag with the colors of the rainbow, even if it is not an official flag. Let us remember that political corruption is also that the government decides at will what crimes should not be prosecuted because they seem good to it. It is a form of corruption that the government of Pedro Sánchez has already made a habit.