Two heroes who fought in the Warsaw Uprising of 1944

This Monday marked the 78th anniversary of the 1944 Warsaw Uprising, carried out by the Polish resistance against the Third Reich.

This August 1, two tributes were held to Polish soldiers who fought in that Uprising and who are buried in Spain. In Majadahonda (Madrid) a tribute was paid to Stanislaw Serdakowski “Stasiek”. 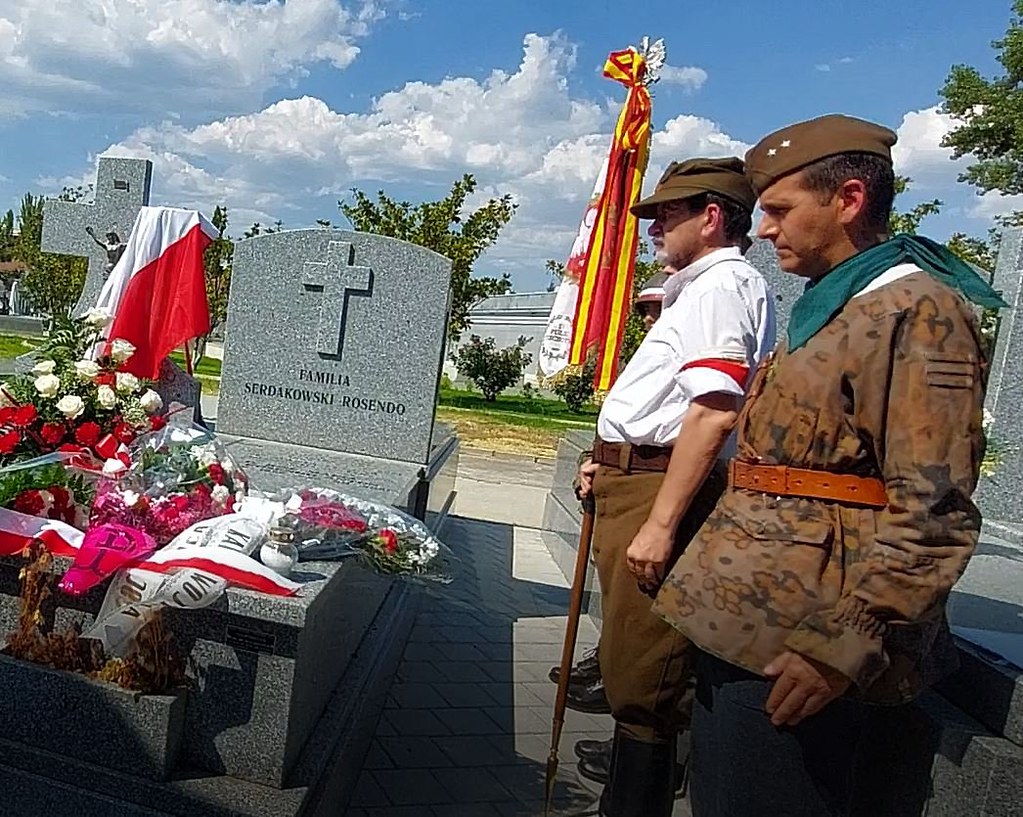 Stanislaw was a soldier of the Battalion “Baszta” of the Armia Krajowa (AK, National Army), the main organization of the Polish resistance against Nazi Germany, during the Warsaw Uprising. Following the defeat of the Rising, Stanislaw was sent as a prisoner of war to Germany. He moved to Spain in the late 1950s and in 1999 he was awarded the Officer’s Cross of Merit. He passed away in Madrid on February 23, 2015. 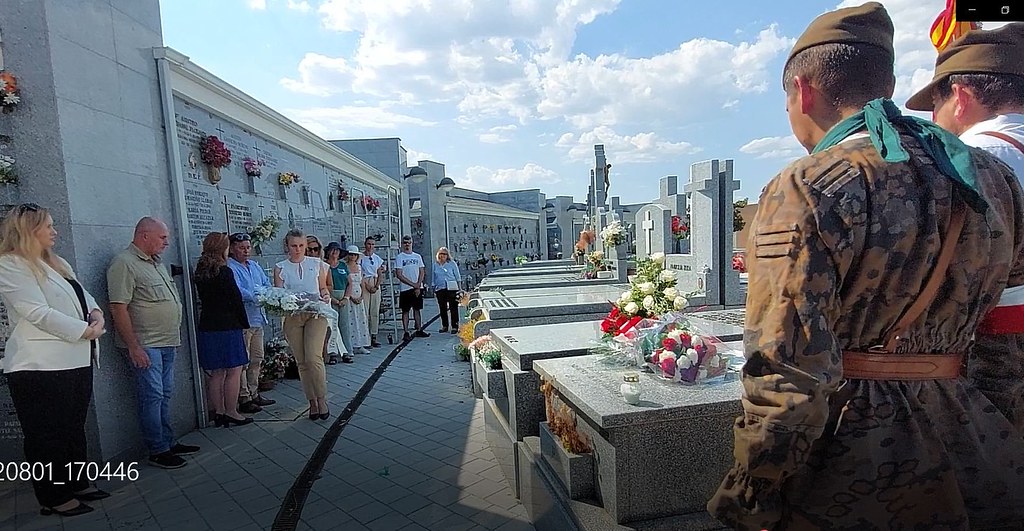 The tribute was attended by the Consul of Poland in Madrid, Justyna Tokarska, the Director of the Polish Institute of Culture, Gabriela Slowinska, and representatives of the Hispano-Polish Forum Association, the Nasz Dom Association of Getafe and the Karol Wojtyla Association of Segovia. 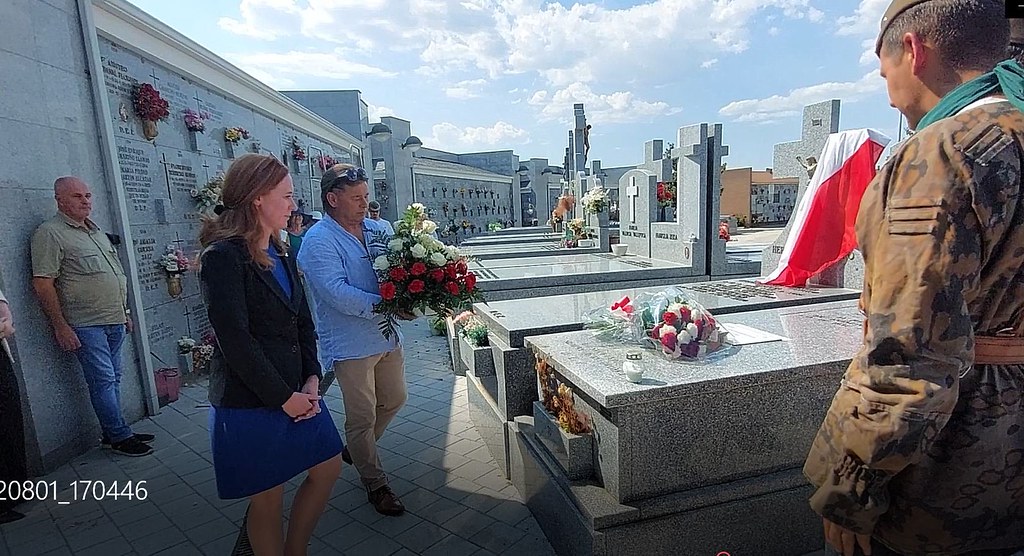 During this act, at 5:00 p.m., a siren was sounded in memory of the start time of the Uprising, the so-called “hour W”. You can see on these lines the video of the act published by the Association “Poland First to Fight” on its Youtube channel.

Likewise, this Monday a tribute to Lilliana Skorel Jankowski “Dzidka” was also held in the town of Borja (Zaragoza). 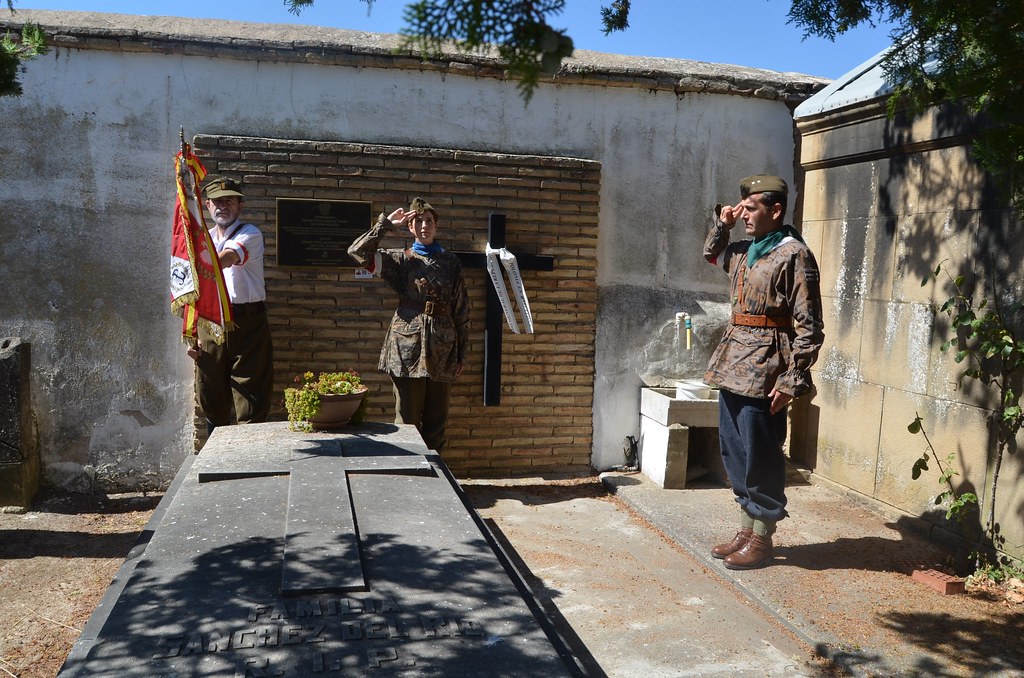 Lilliana was born in the city of Toruń, in the Kuyavian-Pomeranian Voivodeship (Poland) on March 20, 1927. She was a liaison officer of the 6th “Wawer” Company of the “Kiliński” Battalion of the Armia Krajowa during the Warsaw Uprising of 1944, being wounded on September 13. 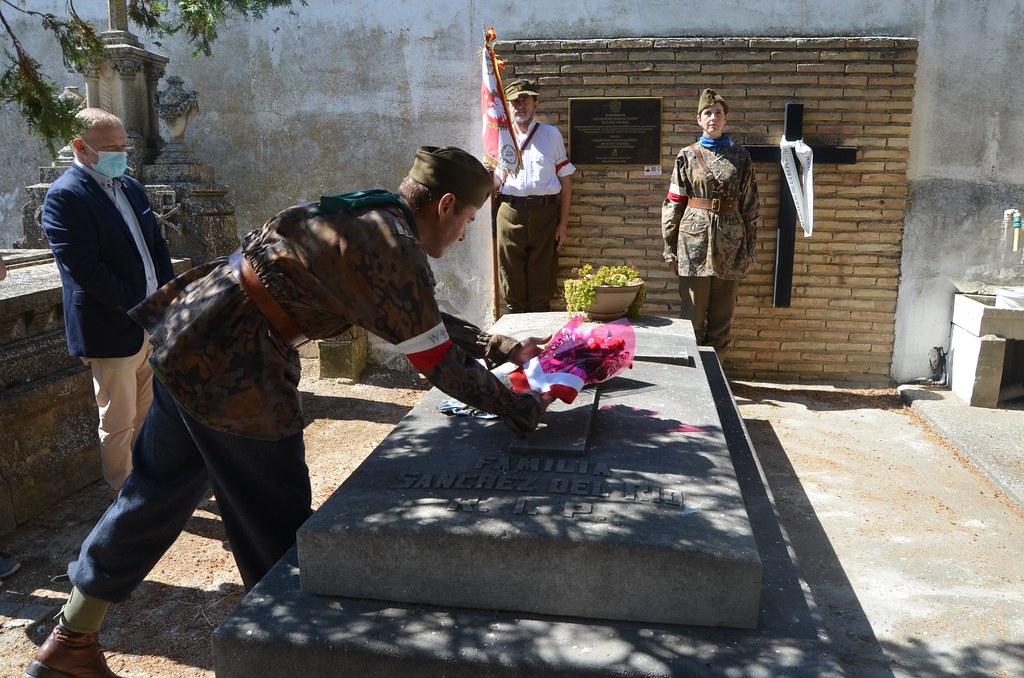 After the World War II, in the midst of the communist persecution against former members of the AK, Lilliana went to the United Kingdom and then to the United States, where she met Professor Carlos Sánchez del Río y Sierra (1924 -2013), president of the CSIC between 1978 and 1980, whom he married, fixing his residence in Spain in 1953. He died on December 4, 2012 in Madrid, being buried in Borja. 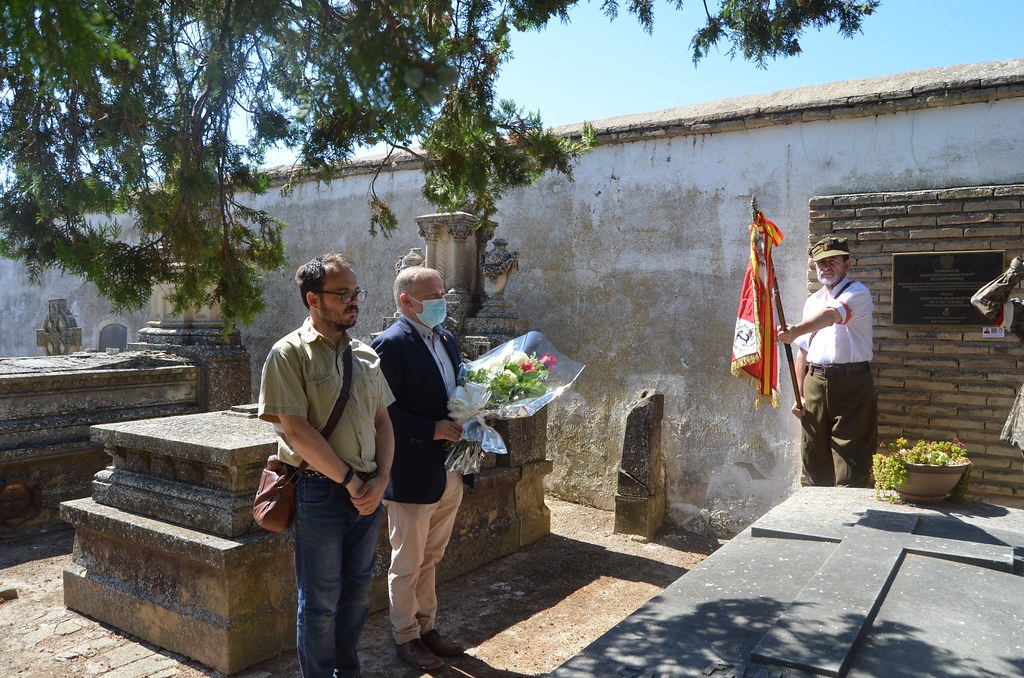 This tribute was attended by the mayor of Borja, Eduardo Arilla, the Councilor for Culture, Dorge Jiménez, and the president of the Centro de Estudios Borjanos, Manuel Gracia Rivas (author of these photos). During the act, the mayor of Borja gave a speech and two messages were read from the Polish Consul in Barcelona, Karolina Cemka, and the Polish Defense Attaché, Captain Dorota Stachura. Uniformed reenactors from the Historical-Cultural Association “Poland First to Fight” honored Lilliana at her grave. 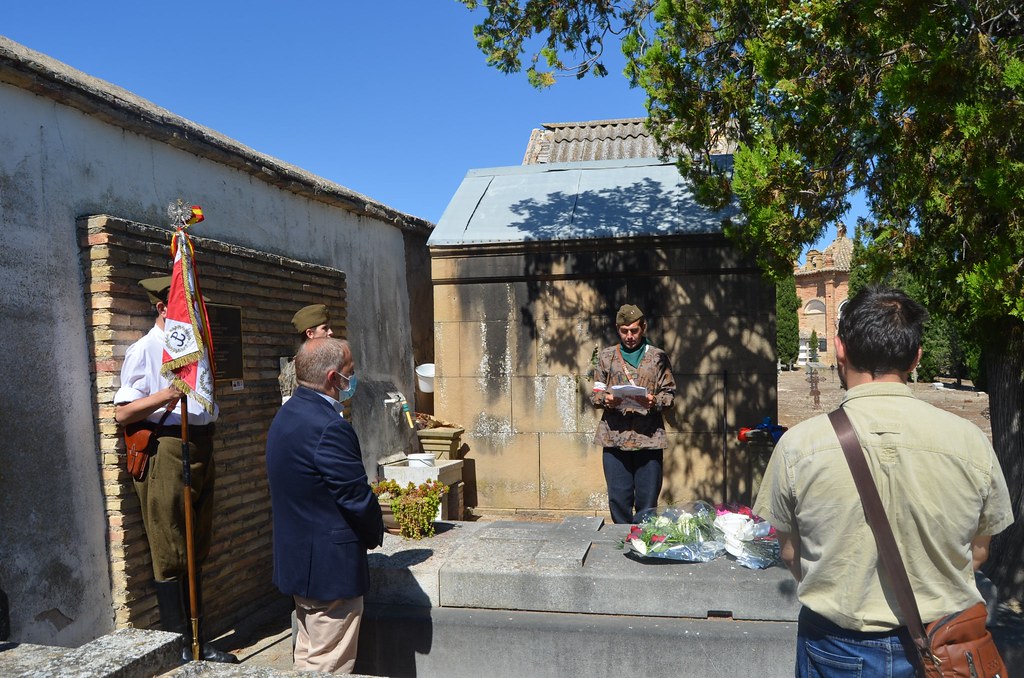