The technology offers a significant advantage to fighter aircraft, but that advantage is not always decisive when engaging in dogfights.

roof of this was what happened in the Iran-Iraq War (1980-1988), when the Iranian Air Force had the opportunity to face its formidable fourth generation Gruman F-14 Tomcat fighters, manufactured in the USA and sold to that country before the Iranian revolution, with the oldest third-generation Dassault Mirage F1, made in France, used by the Iraqi Air Force.

The F-14 had two important advantages over the rest of the fighters of its time. In the first place was its powerful AN/AWG-9 radar, capable of detecting up to 24 targets, following 18 of them and firing at 6 simultaneously. In second place was the long-range air-to-air missile AIM-54 Phoenix, capable of shooting down a target up to a distance of 190 km, reaching a speed of Mach 5 and guided by the aforementioned radar. Iran managed to shoot down 39 Iraqi planes during that war using this type of missile (the F-14 could carry up to six of them). 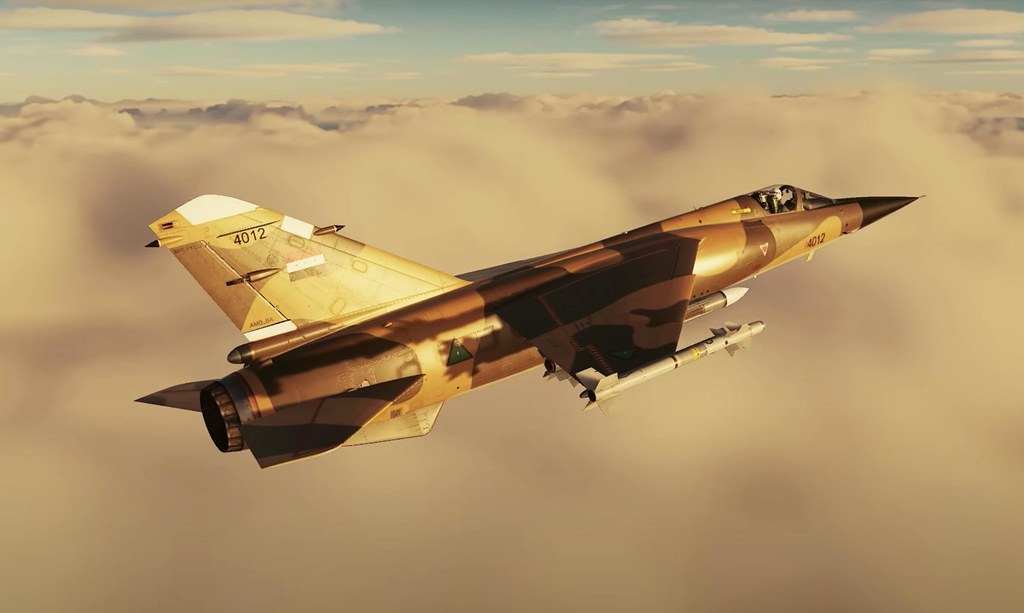 Although the Iraqi Mirage F1 were at a disadvantage against the F-14, the French-made fighters were able to take advantage of their tactics and the Matra Super 530F missiles, introduced in 1979 and which had a range of 25 km. To do this, the Iraqi pilots resorted to the so-called "Giraffe" tactic, which consisted of climbing to a high altitude and then activating their radars. In this way, during that war the Iraqi Mirage F1 managed to shoot down 4 Iranian F-14.

A few days ago, Showtime112 posted a video of making using the DCS World simulator recreating some of those combats in which the Mirage F1 managed to shoot down the F-14:

The images that you can see in this post are captures from this video, which has great quality and scenes of surprising realism. 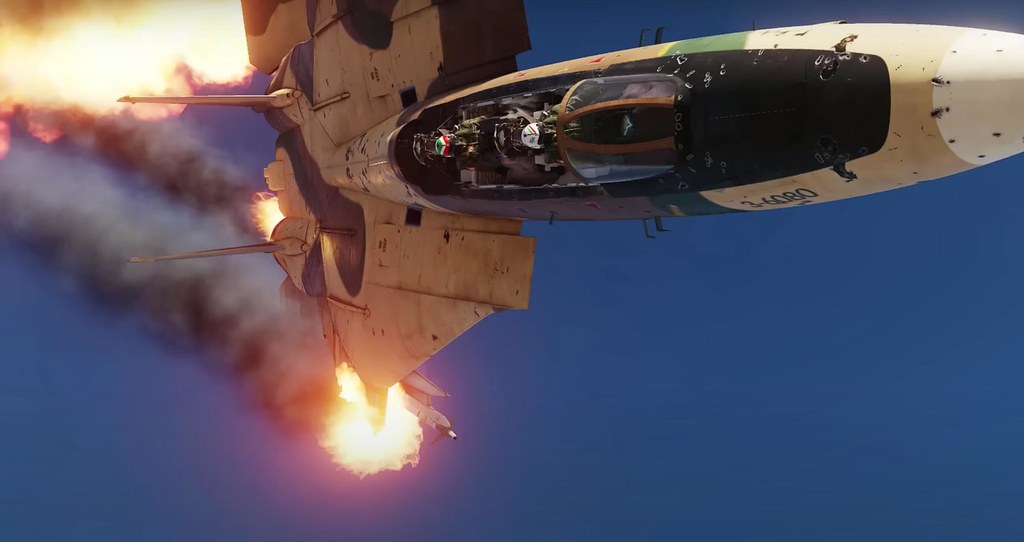