"It is a war against the child, a direct killing of the innocent child"

25 years ago today Agnes Gonxha Bojaxhiu, known as Saint Teresa of Calcutta, left us to go to the Father's House at the age of 87.

The young people of my generation had a great honor to be contemporaries of two great saints such as her and Saint John Paul II. Two saints who, in addition, called attention to one of the great scourges of our time: abortion, a horrendous crime to which our society has become accustomed with the same infamous normality with which others were once accustomed to the crime of slavery.

This great woman dedicated her life to the poorest, and she did it in Calcutta, a place where poverty was expressed in ways that we people who live in the West cannot even imagine. But in the midst of this dedication to the poorest, Teresa never forgot the weakest and most defenseless: the unborn children. She bravely advocated for them even before the most powerful. An example of this were these words spoken in her speech at the National Prayer Breakfast, a major event held in Washington DC on February 3, 1994 (you can read the full speech here):

"We are talking of love of the child which is where love and peace must begin. These are the things that break peace. But I feel that the greatest destroyer of peace today is abortion, because it is a war against the child, a direct killing of the innocent child, murder by the mother herself.

And if we accept that a mother can kill even her own child, how can we tell other people not to kill one another? How do we persuade a woman not to have an abortion? As always, we must persuade her with love and we remind ourselves that love means to be willing to give until it hurts. Jesus gave even His life to love us. So, the mother who is thinking of abortion, should be helped to love, that is, to give until it hurts her plans, or her free time, to respect the life of her child. The father of that child, whoever he is, must also give until it hurts. By abortion, the mother does not learn to love, but kills even her own child to solve her problems.

And, by abortion, the father is told that he does not have to take any responsibility at all for the child he has brought into the world. That father is likely to put other women into the same trouble. So abortion just leads to more abortion. Any country that accepts abortion is not teaching its people to love, but to use any violence to get what they want. This is why the greatest destroyer of love and peace is abortion.

Many people are very, very concerned with the children of India, with the children of Africa where quite a few die of hunger, and so on. Many people are also concerned about all the violence in this great country of the United States. These concerns are very good. But often these same people are not concerned with the millions who are being killed by the deliberate decision of their own mothers. And this is what is the greatest destroyer of peace today - abortion which brings people to such blindness.

And for this I appeal in India and I appeal everywhere - "Let us bring the child back." The child is God's gift to the family. Each child is created in the special image and likeness of God for greater things - to love and to be loved. In this year of the family we must bring the child back to the center of our care and concern. This is the only way that our world can survive because our children are the only hope for the future. As older people are called to God, only their children can take their places."

Reading these words, one realizes how necessary figures like Saint Teresa of Calcutta are today, when the Church itself often keeps quiet about this issue so as not to bother those who support this atrocity, thus forgetting that its mission is not to be sympathetic, but to tell the truth. To Saint Teresa of Calcutta I pray today for all the defenders of life, especially for those who are persecuted for trying to bring help and prayer to mothers before abortion centers. And I also ask her to intercede for the Church, so that she never stops defending the unborn with a loud and clear voice, a voice that is very necessary in a society in which a true genocide against them.

Saint Teresa of Calcutta, pray for us! 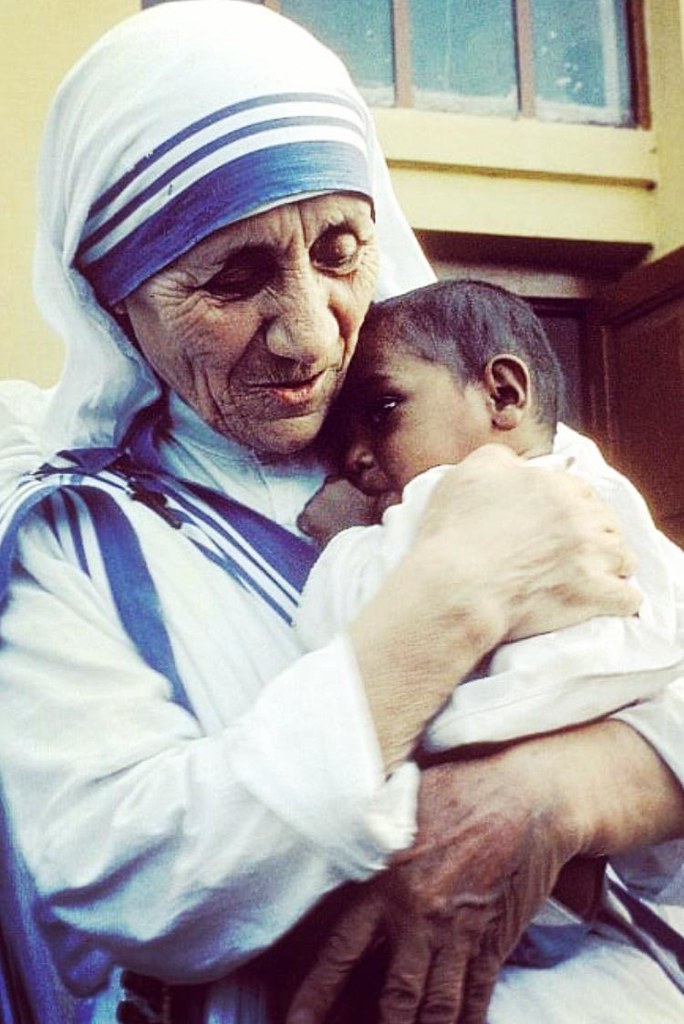