Mahsa Amini and the complicity of leftist feminism with Islamic fundamentalism

The young Mahsa Amini, 22, has died in Iran after being arrested and tortured by the "Moral Police" for not wearing the Islamic veil "correctly".

Tortured for not wearing the Islamic headscarf 'correctly'

""I found her face swollen and her legs black and blue", her brother Kiarash has denounced. He was a witness at the time of the arrest. Iranian police have attempted to counter this and other allegations of torture claiming that the young woman "suddenly suffered a heart problem". This crude explanation has only served to inflame even more the outrage of many Iranians who are fed up with the Islamist dictatorship He took power in 1979. 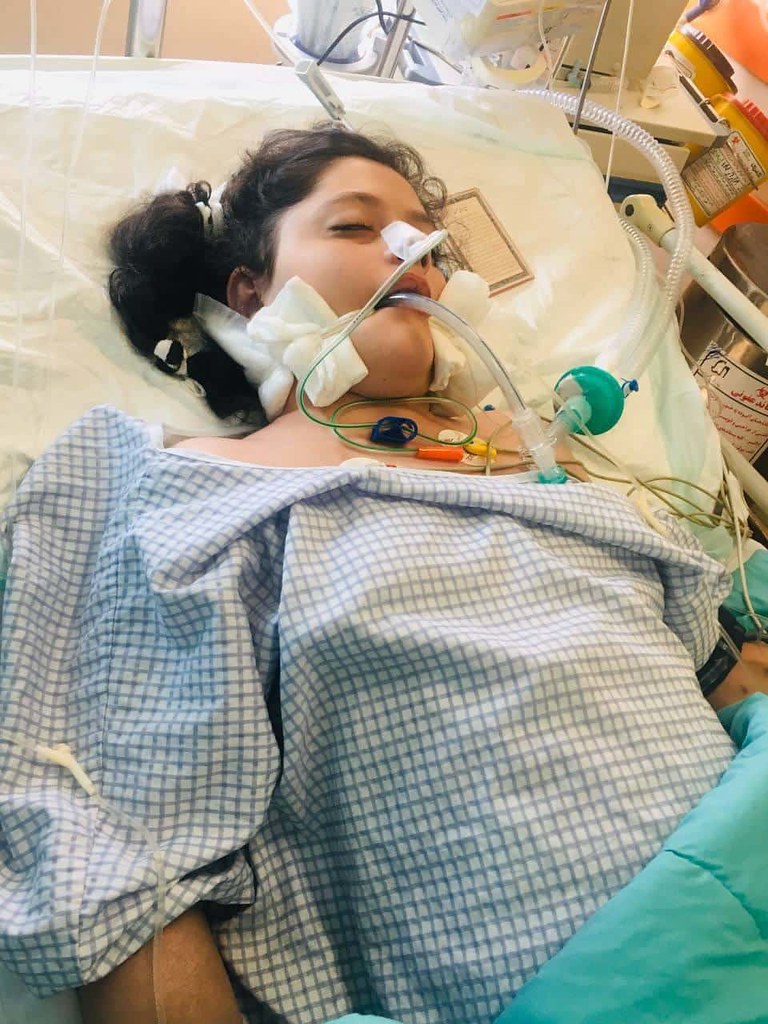 Mahsa Amini in hospital, before she died, after being tortured by the Iranian police (Photo: Noticiasrcn.com).

Protests in Iran against this new crime of the Islamist dictatorship

Yesterday, at the funeral of Mahsa Amini in her hometown, Saghez (in Iranian Kurdistan), there was a demonstration in which many women removed their Islamic headscarves in protest. The protest was also supported by men who reject this imposition on Iranian women, in force since the establishment of the current Islamist dictatorship.

#solidarity Women of Iran-Saghez removed their headscarves in protest against the murder of Mahsa Amini 22 Yr old woman by hijab police and chanting:death to dictator!
Removing hijab is a punishable crime in #Iran.👉@AlinejadMasih #Khamenei #مهسا_امینی https://t.co/bQqd9uTqA4 pic.twitter.com/8V9HckuOOE

In that city, and in the face of the strong protest caused by the murder of Amini, the Iranian police shot against protesters.

Discrimination against women in Islamic countries

What happened in Iran is an example of what happens in many Islamic countries, in which women suffer horrendous discrimination, not only due to facts such as the obligation to wear the Islamic veil (or even garments that cover their body even more, like the burqa), but also because of the lack of equal rights, which is especially brutal when it comes to accusations of adultery or when they are victims of rape. It is precisely in those countries where Western feminism should pay attention, since in the West we already have equal rights and opportunities for all without distinction of sex.

Leftist feminism in the West looks the other way

However, Western feminism, dominated by the political left, is more aware of other things, such as rejecting compliments, warning against so-called "gender stereotypes", promoting something as horrendous as abortion (that kills millions of girls every year around the world: curious feminism) and, above all, promote among Western women the idea that they are oppressed by men and more discriminated against than women in countries like Iran, Saudi Arabia or Sudan. Very often, this manipulation of reality has the result that leftist feminism ends up looking the other way in the face of the brutal discrimination of women in Islamic countries, so that this terrible reality does not contradict the lies of that anti-Western discourse elaborated by the left and the extreme left.

This concealment of the reality of women in Islamic countries reaches scandalous extremes. Yesterday, while the case of Mahsa Amini spread through social networks, UN Women, one of the bastions of leftist feminism, omitted any reference to that crime and instead requested "denaturalize gender stereotypes and roles". Coincidentally, ten years ago the UN supported an initiative to allow the use of the Islamic veil in football, a way of transferring this discrimination against women to the playing fields. The proposal was defended by the then UN special adviser for sport, the German Social Democrat Wilfried Lemke.

The silence of the far-left Minister of Equality in Spain

There are even more painful cases. In Spain, Pedro Sánchez's coalition government has the far-left party Podemos as one of its partners, whose founder, Pablo Iglesias Turrión, acknowledged in 2013 that he allowed himself to be used by Iran to destabilize Spain, being a presenter of a program on the Iranian state channel HispanTV for years. Among the members of Podemos that are part of the government is the Minister of Equality Irene Montero, partner of Pablo Iglesias, has not directed a single criticism against Iran in her 11 years on Twitter. This Saturday she had time to post messages against his political rivals, but she has not said a word about the death by Mahsha Amini.

The attitude of the Western far-left with Iran is, in general, very similar to that of Podemos. As Iran is an ally of Russia and an enemy of the USA, the far-left -strongly influenced by Moscow- tends to look the other way in the face of the Iranian regime's atrocities, while putting the magnifying glass on anything that happens in the State of Israel (largely motivated by anti-Semitism spreading through the ranks of the radical left masquerading as "anti-Zionism"). If Mahsa Amini had been murdered by the police in Tel Aviv, leftist feminism would be organizing a global scandal. But unlike Iran, Israel is a democratic country in which women enjoy equal rights and of opportunities. A fact that the extreme left ignores without further ado, with the same sectarianism with which it ignores the protests of Iranian women.

Photo: Iran True. Mahsa Amini, the 22-year-old girl who has died after being tortured by the Iranian police.