Russia continues to receive bad news in the midst of the Ukrainian counteroffensive in the Kharkov and Kherson regions. The last one has to do with one of her tanks.

This afternoon, the Youtube channel Shawshank Redemption posted a series of photos of a T-90M Proryv captured by Ukrainian forces. From Ukraine Weapons Tracker they point out that the tank was possibly captured in the Kharkov region and was covered with Nakidka, a camouflage material used by Russia as thermal insulation and protection against radar signals. The T-90M is the most modern tank active in the Russian Army (the famous T-14 Armata is still undergoing testing) and so far none had been captured.

According to available information, Russia has few T-90Ms and assigns them to the best prepared units in the invasion of Ukraine. The Russian outlet Vedomosti.ru published in February 2020 that between 2017-2019, the Ministry of Defense of the Russian Federation signed three contracts for T-90M tanks with a total volume of more than 160 vehicles. The first two contracts they involved the delivery of 60 vehicles between 2018 and 2019, of which 10 had to be built anew, and another 50 T-90 units of previous modifications were upgraded to the T-90M level. It is difficult to know how many T-90Ms the Russian Army has in active service. The aforementioned Russian media added that in 2020 Russia could receive at least 15 T-90M, which indicates a very low manufacturing rate. In any case, it is the rarest tank model in the Russian Army today in active service. 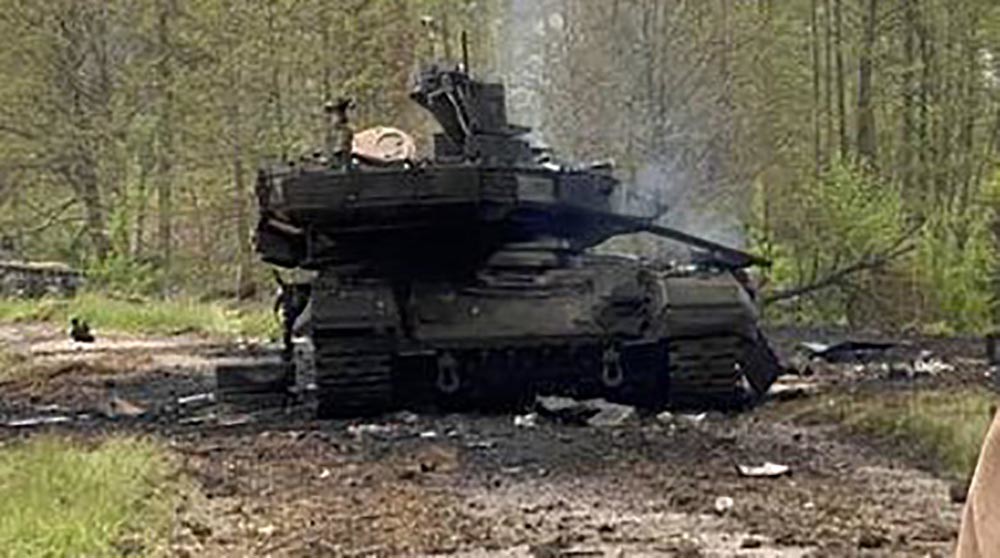 As you may remember, on May 4, Ukraine showed a T-90M also destroyed in the Kharkov region (above). It was the first T-90M that Russia lost in combat. The T-90M Proryv is a more advanced version of the T-90A, a derivative of the T-90, which appeared in 1992. Like its predecessors, the T-90M has a 125 mm 2A46M-5 cannon, features a redesigned turret with additional armor and a remote-controlled machine gun next to the commander's hatch. 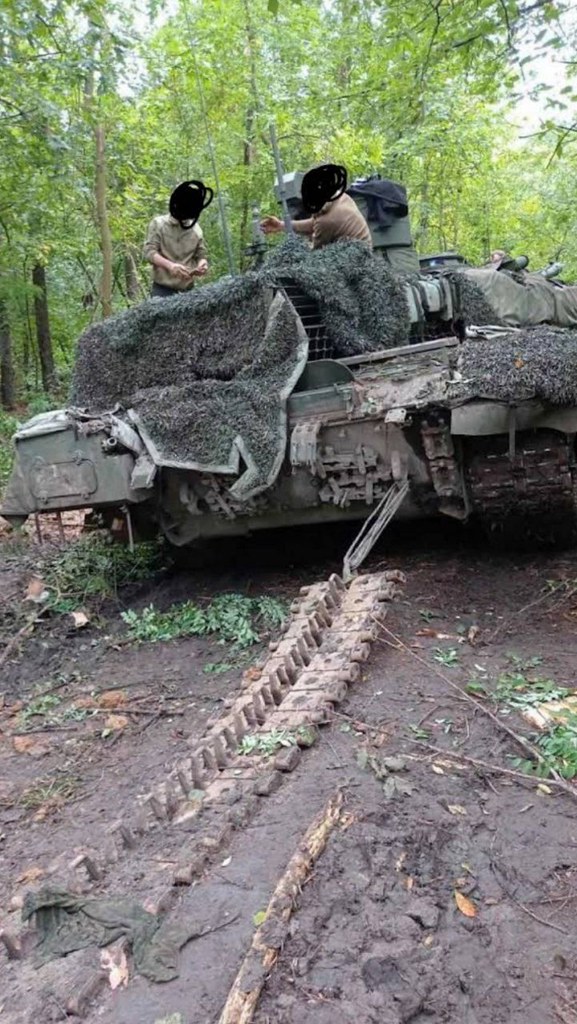 The reason why the Russians abandoned this modern battle tank is easy to guess: the vehicle seems to have one of the running tracks broken, and without it it cannot circulate. 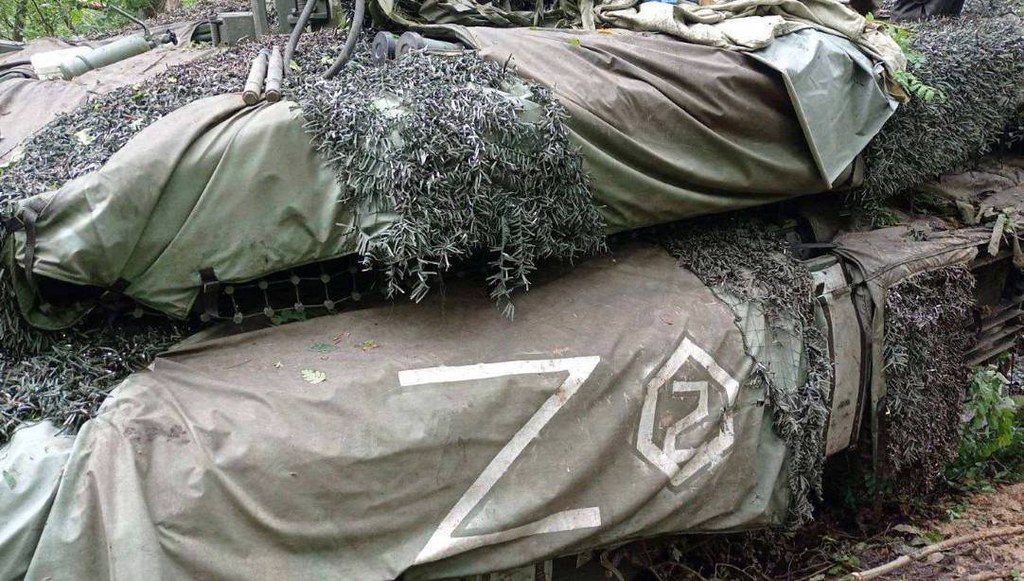 The captured T-90M bears the "Z" displayed on many Russian military vehicles in Ukraine, along with a hexagon with a number 2 (I have not been able to identify the meaning of this last mark). 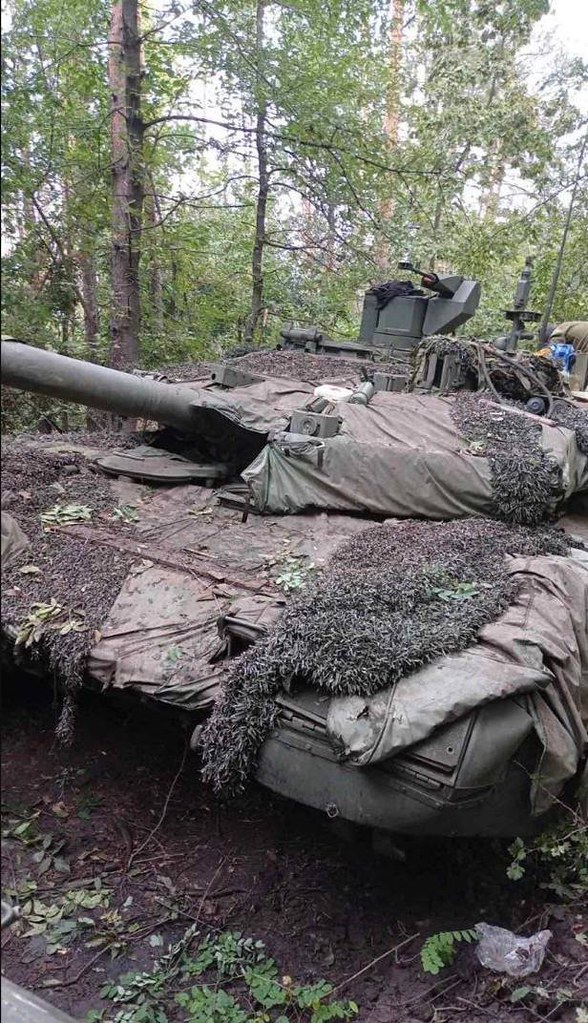 An image of the T-90M with Nakidka tarps and camouflage nets covering almost the entire vehicle, except for its cannon. 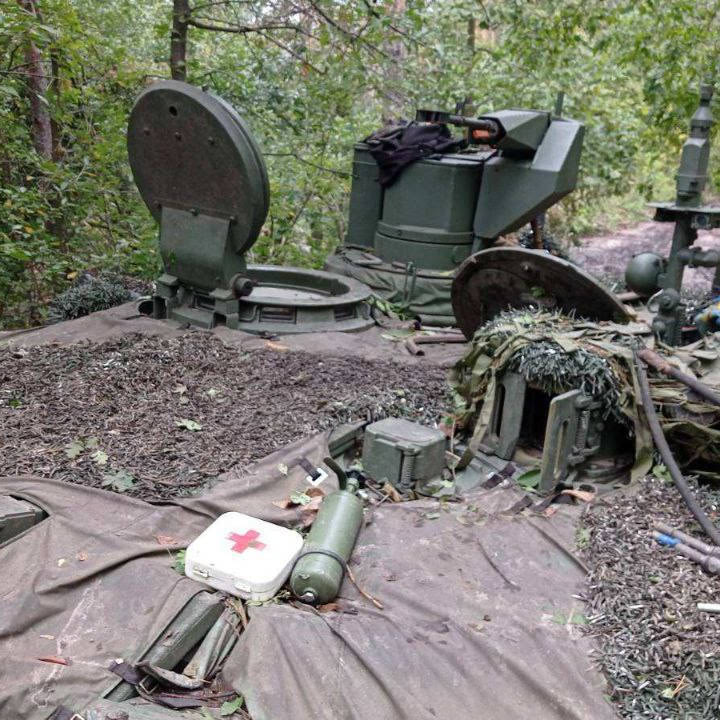 An image of the T-90M turret with the commander's (left) and gunner's (right) hatches open. 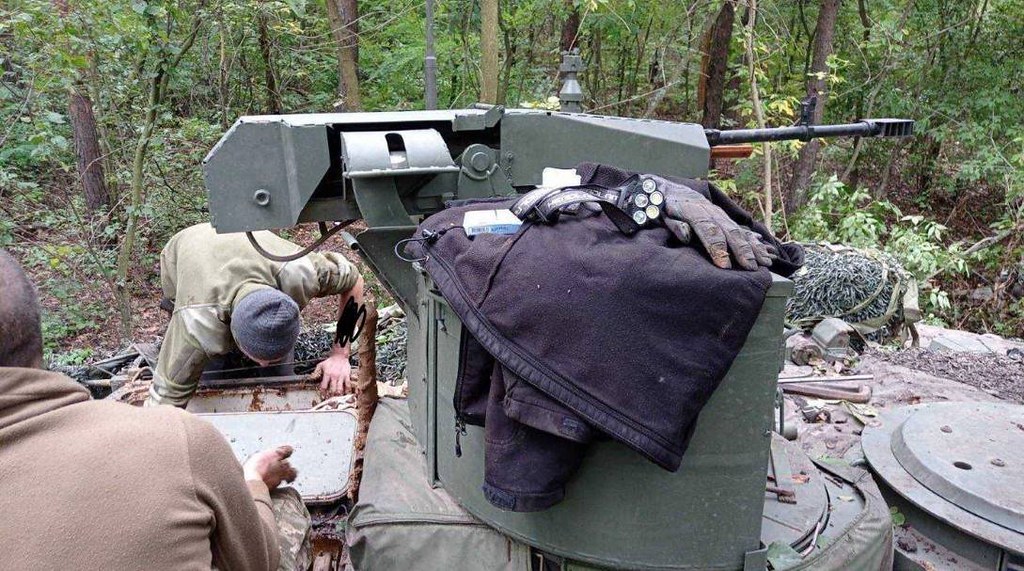 The remote control machine gun located on the turret, behind the commander's hatch. 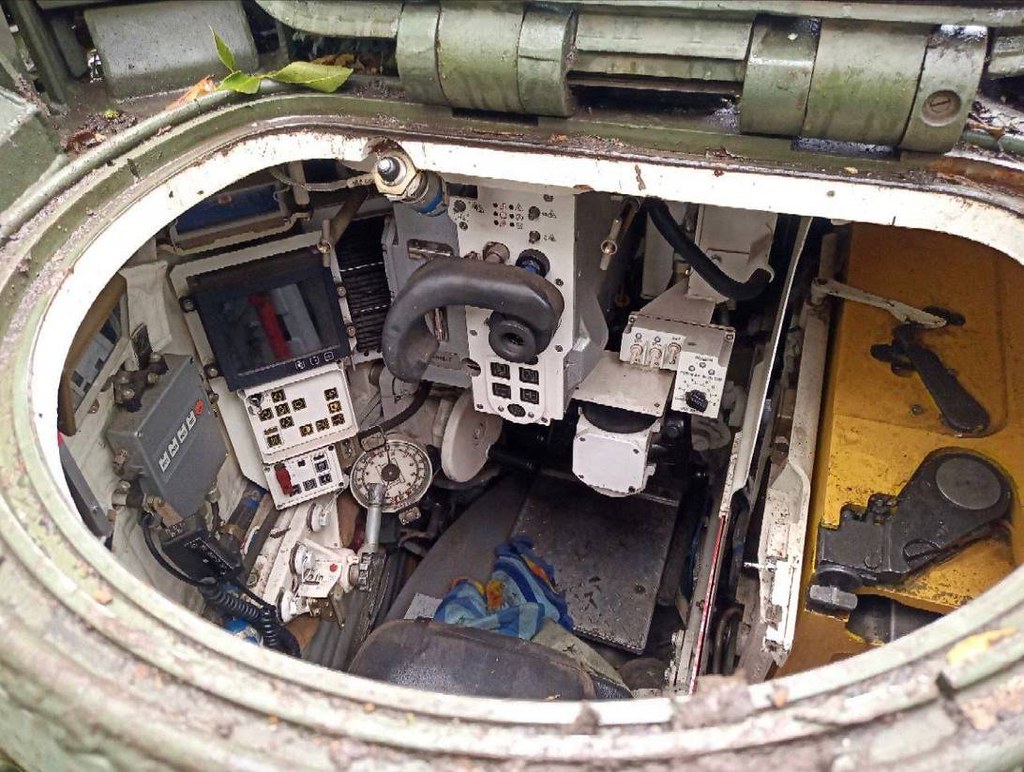 The gunner's hatch. You can see the aiming systems it uses, and on the left, in yellow, the gun, fed by an automatic loader. 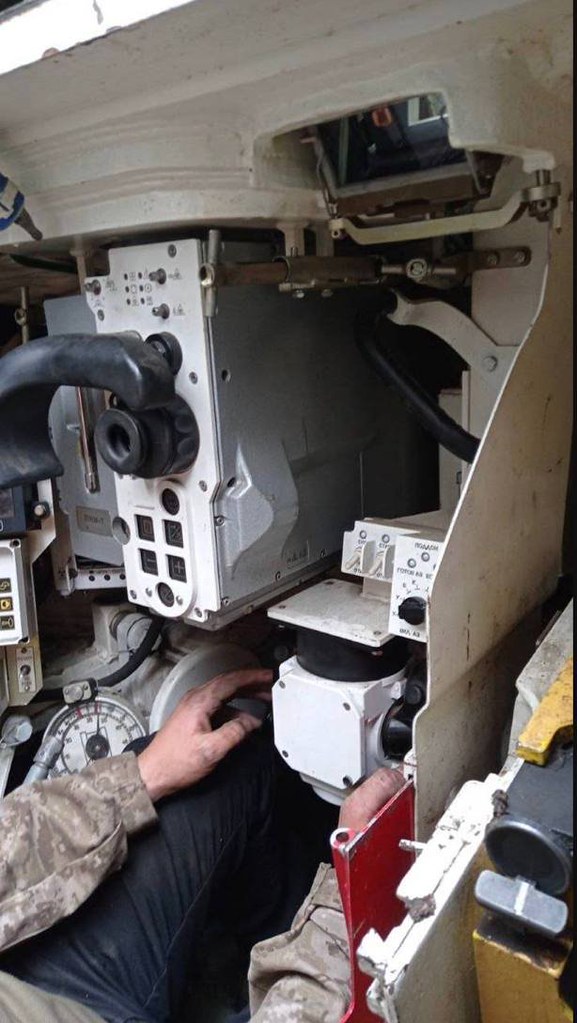 Another image of the gunner's station. A Ukrainian soldier is shown sitting on it, putting his hands on the turret's rotation control. 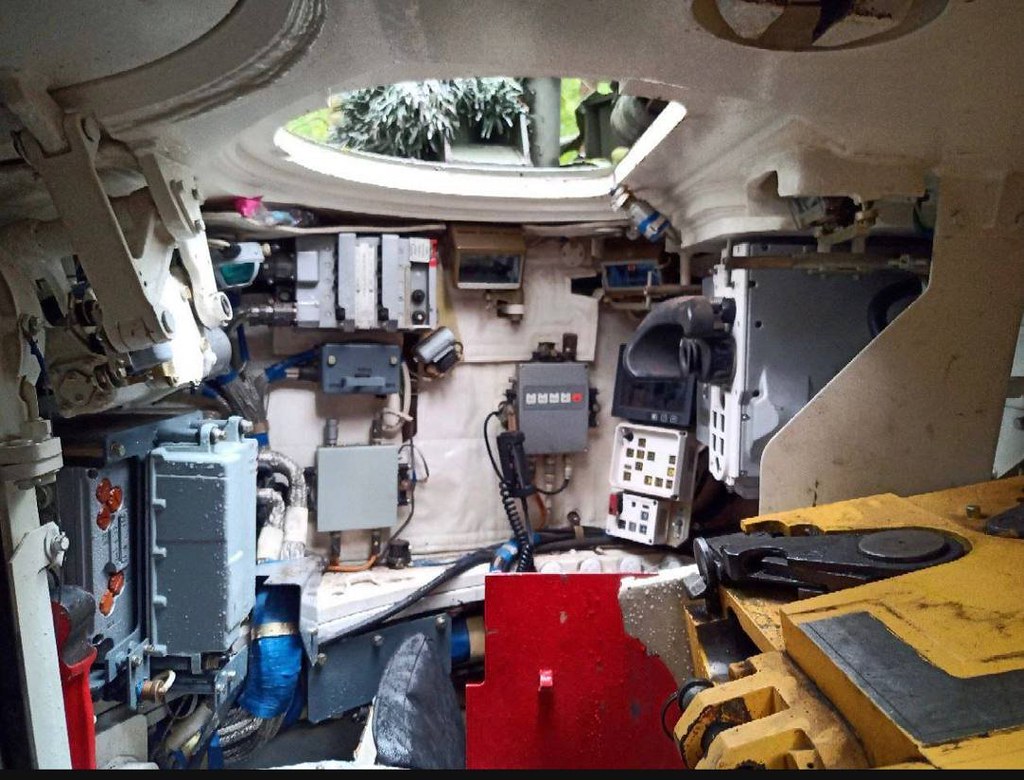 The gunner's station seen from the commander's station. On the right, in yellow, we see the 125mm gun breech. 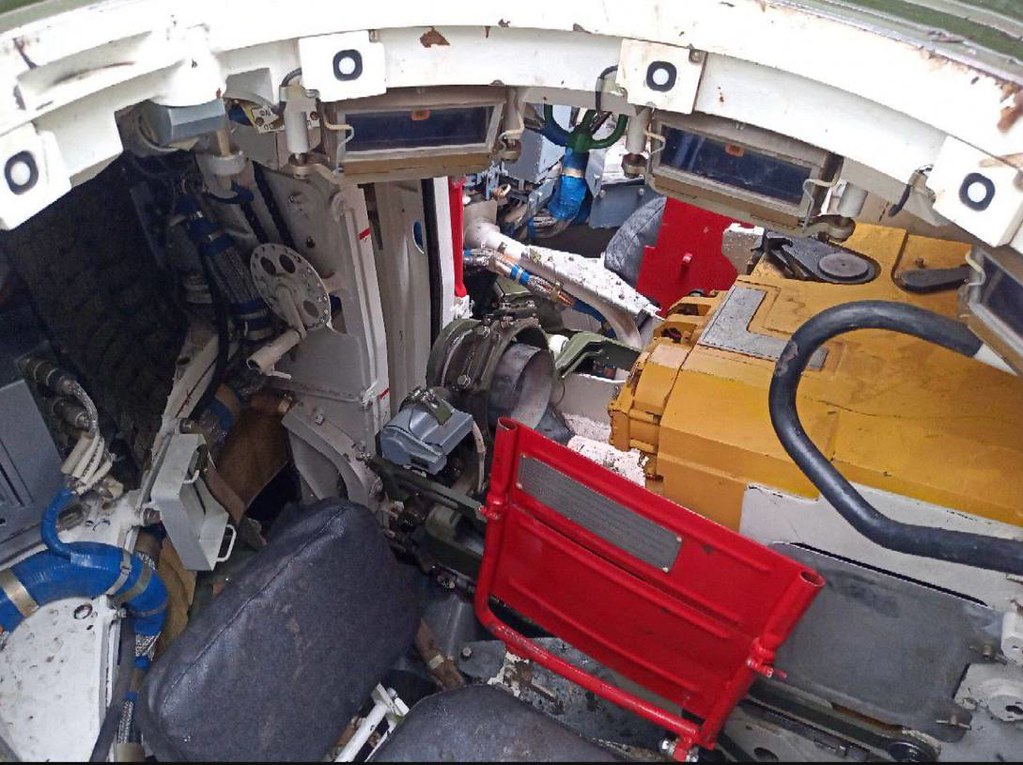 A photo of the commander's hatch. Again we see the closure of the 125 mm gun, in yellow, and on the left part of the autoloader. 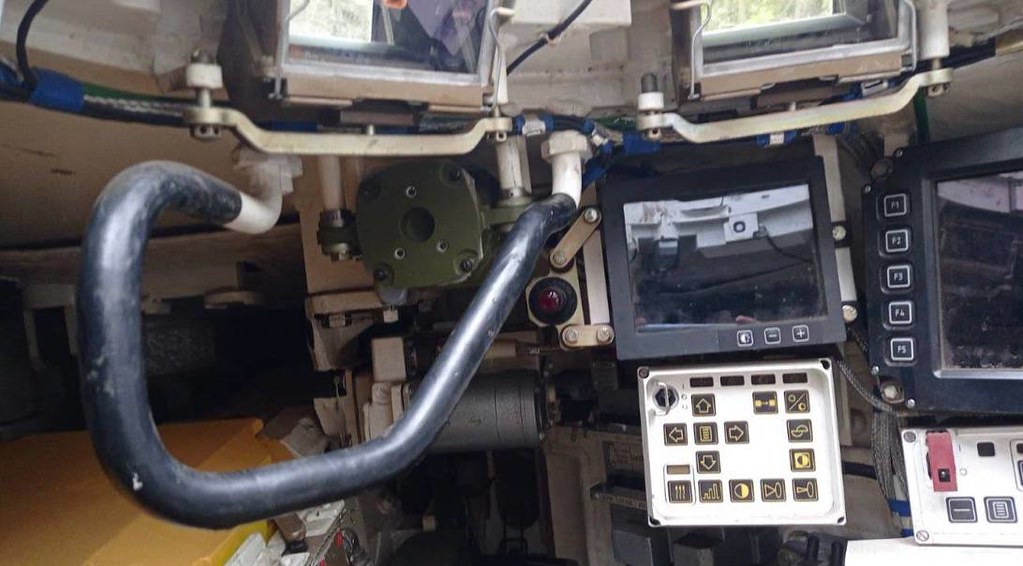 Another photo of the commander's post. The barrel lock, in yellow, is on the left. Unlike the gunner, the commander has several digital displays. 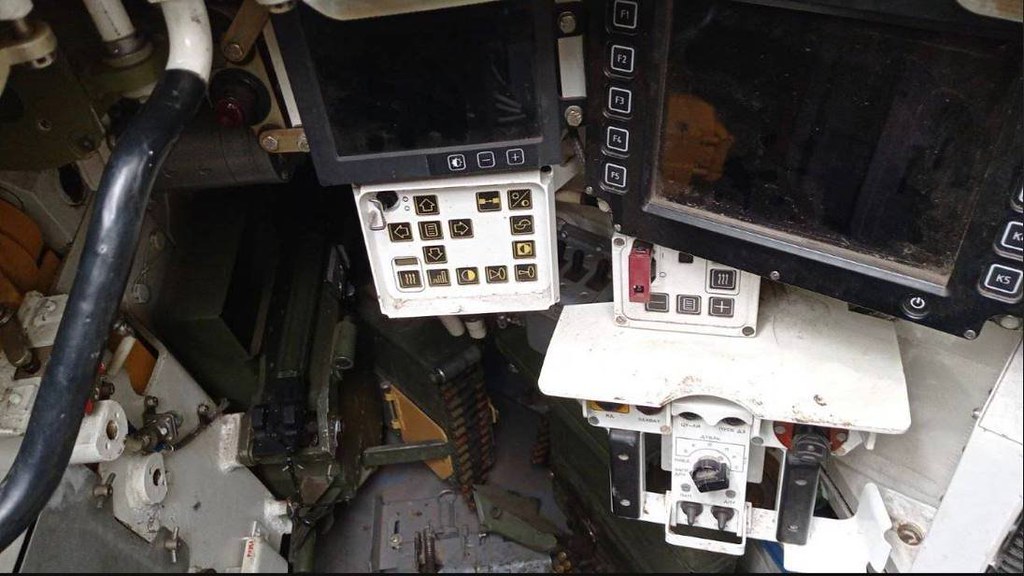 The screens of the commander's post. Further down we see the coaxial machine gun and its ammo box. 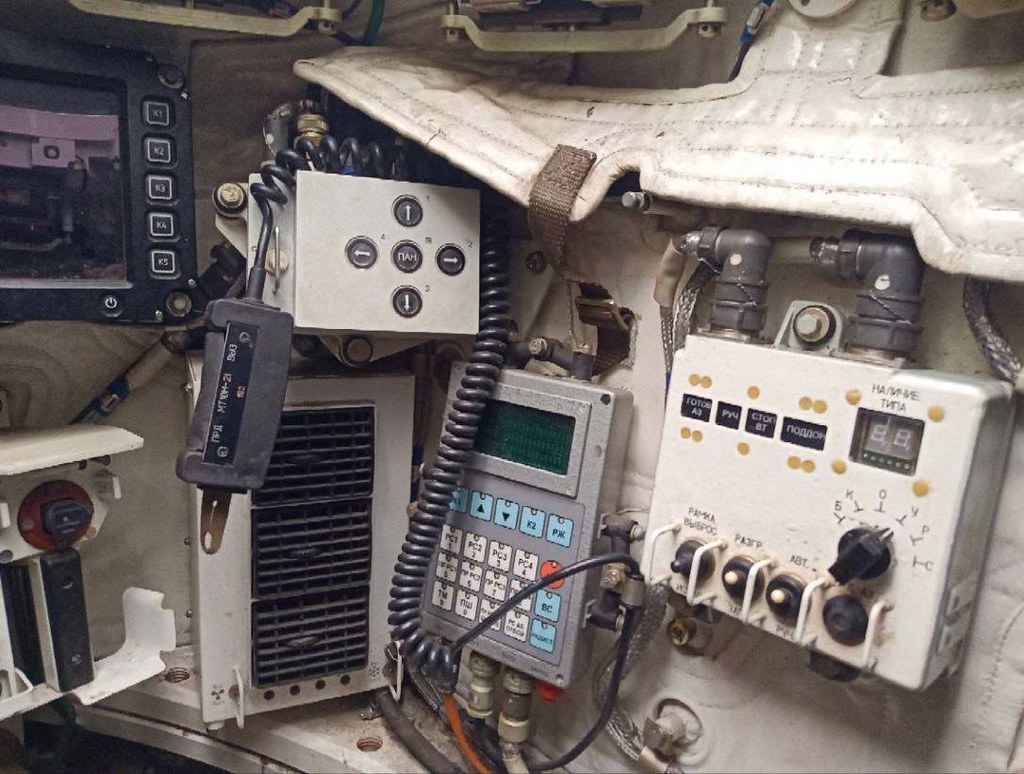 The right side of the commander's station. The white box on the right appears to be the ammo selection panel for the main gun. 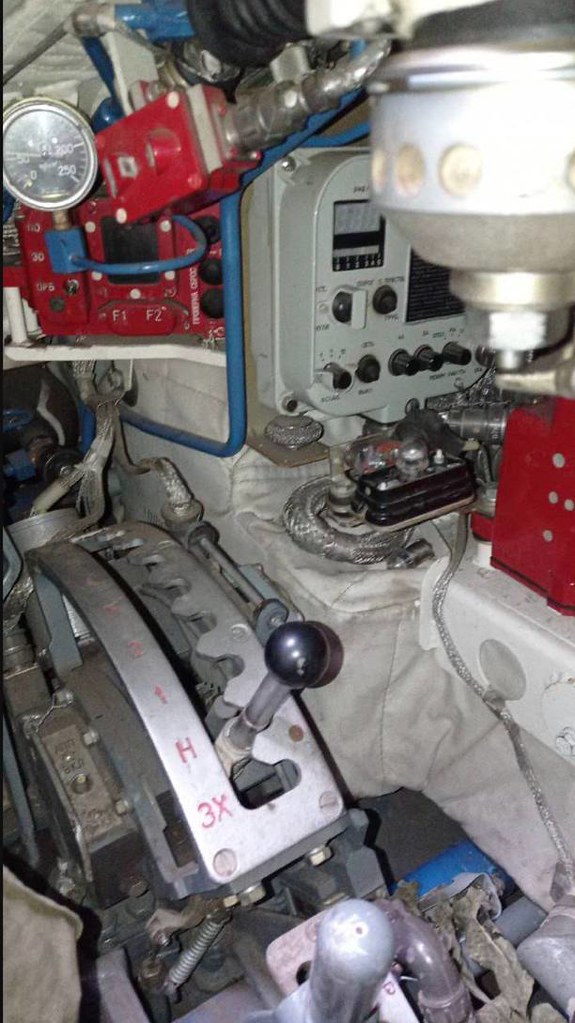 The driver's seat of the T-90M, if I'm not mistaken. What we see in the center looks like a gear change.