Operations took place on the USS George H.W. Bush in the Ionian Sea

The US and French navies have in common that they use the same systems to launch and pick up their fixed-wing aircraft from their aircraft carriers.

The US Navy published yesterday a video in which we can see the operations of a French Rafael fighter on another Nimitz-class aircraft carrier, the USS George H.W. Bush. The landing and takeoff took place on November 23 in the waters of the Ionian Sea, during a joint deployment of the US Sixth Fleet along with French naval units:

We can see below some captures of this video. Here a failed approach of the French fighter . In addition to this one, he made two failed landings, what in the US Navy they call a "touch and go", which is what happens when a plane manages to land on the flight deck but fails to hook a arresting cable and has to return. take off to try again. Landing on an aircraft carrier is a very difficult maneuver. 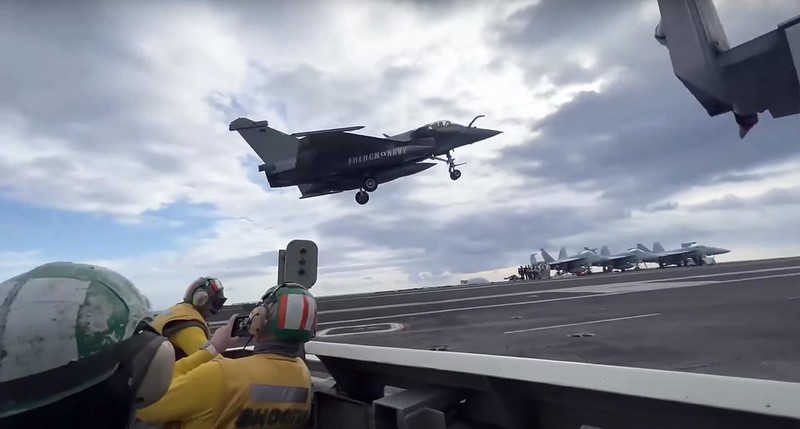 On the fourth attempt, the French fighter finally managed to hook the third arresting cable and the landing was successful. 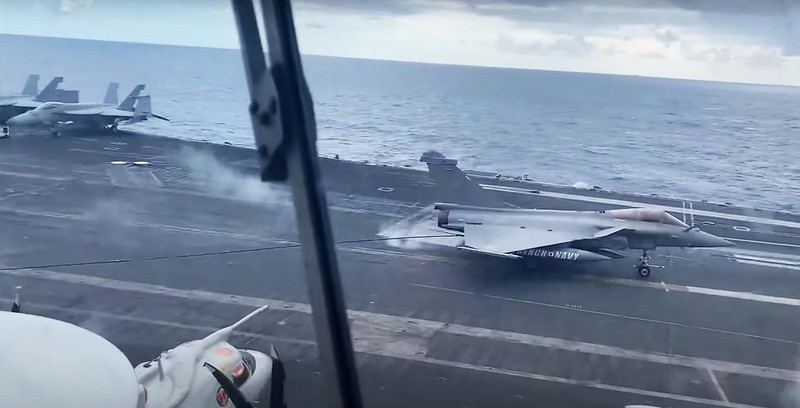 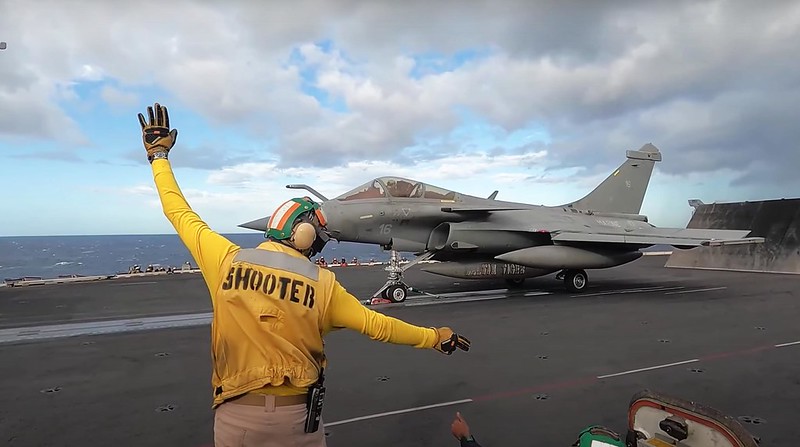 The catapult officer gives the takeoff signal to the French pilot. In the video you can see the complete takeoff sequence. 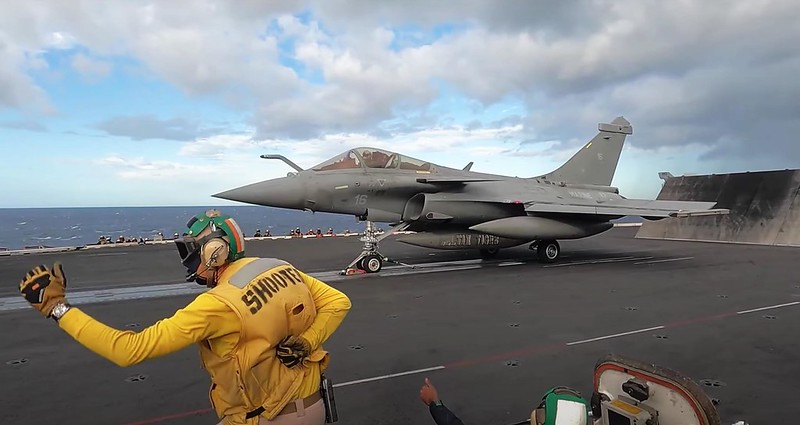