'Bitwa o Madryt': A Historical Reenactment About the Spanish Civil War ... in Poland!

Polish reenactors in the VIII Days of the Battle of Jarama

This group of Poles is called GRH Guerra Civil Española (the GRH is for "Grupa Rekonstrukcji Historycznej", Historical Reenactment Group). A few days ago, members of this group visited Spain to participate in the reenactments of the VIII Days of the Battle of Jarama (you can see here an album of photos on Flickr) and to explore the sites of the Civil War in Madrid and its surroundings. Among their places of visit they included Toledo, whose Alcázar witnessed a dramatic siege during that war, an episode that became world famous for the heroism shown by the besieged.

This group has not only staged the Spanish Civil War in Poland and Spain, but also in Namur (Belgium). The group includes reenactors of both sides, with uniforms of the National Army, the Republican Army, the Carlist Requeté (with red berets) and the Falange (with blue shirts and black garrison caps) ... 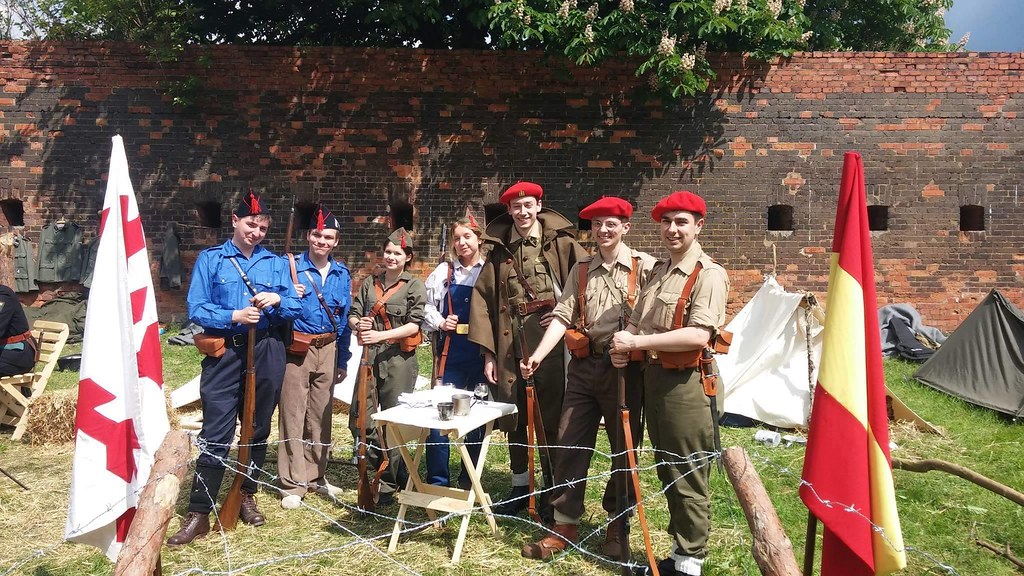 ... the CNT/FAI (with his characteristic garrison cap with the red and black anarchist flag)... 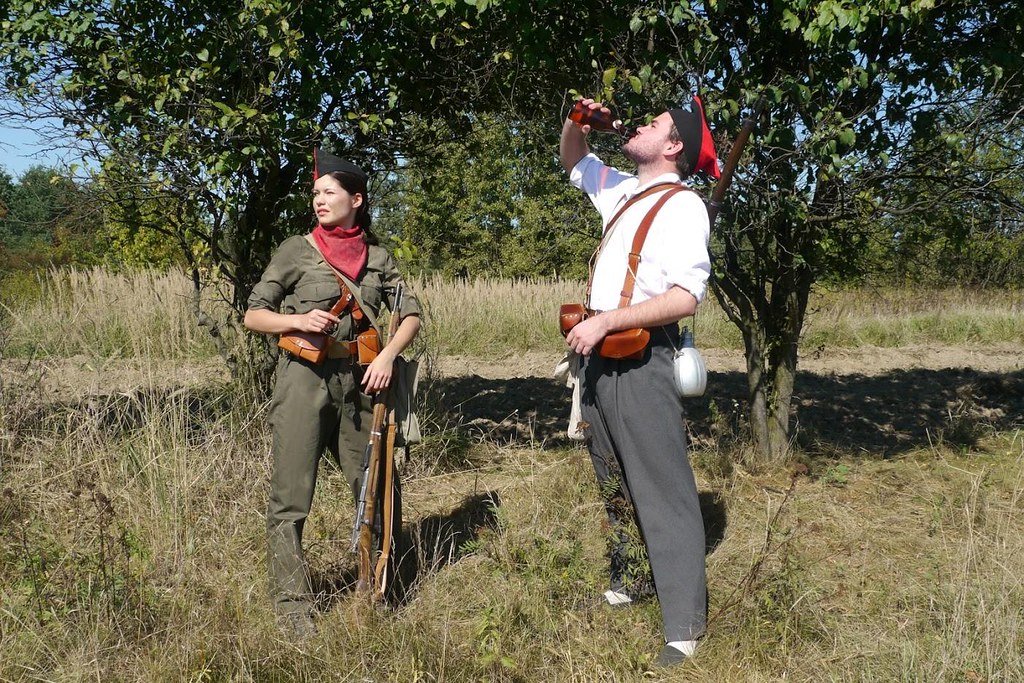 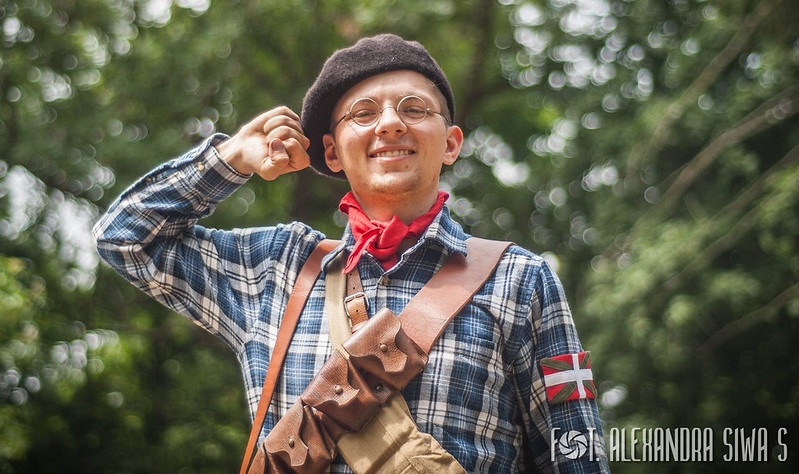 In the Spanish Civil War fought Polish Communists framed in the International Brigades, specifically in the Brigade "Dabrowski". Their participation did not have the approval of the Polish Government. In addition, and as Alberto Gómez Trujillo explained last year in a complete article, the two sides used weapons of Polish origin, including rifles, machine guns, grenades, bayonets, tanks (the Republic bought 64 old Renault FT-17 cars from Poland, some of which were captured by the National side) and also airplanes (on both sides, but mostly on the national side, as the Military Attaché of Poland in Spain was favorable to the rebels and thanks to their efforts arrived in Spain 20 PWS fighters -10 "Chiquita", which were disembarked in Vigo -my city- at the end of 1936, being assembled in Spain by employees of the Polish company PZL).

In July 2016, the GRH Guerra Civil Española published on its Facebook page an interesting video of a reenactment about the Battle of Madrid ("Bitwa or Madryt", in Polish) made in the Polish city of Włocławek. In the video we see an FT-17 tank participating in the reenactment, a real luxury (remember that these tanks were used in the Soviet Polish War of 1919-1921, on the Polish side). As a curiosity, the Poles are heard giving the shouts and orders in Spanish, including slogans like "Arriba España" (the war cry of the Falange) and expressions like "communist sons of a bitch" said without taboos... 😄