A while ago I found out through the US Marines Instagram account of the death of gunnery sergeant Ronald Lee Ermey at 74 years of age due to pneumonia.

Ermey, affectionately known in the military world as “Gunny”, participated as a supporting actor in numerous films, but the role that made him famous for his participation was that of artillery sergeant Hartman, the famous irate instructor of the movie “Full Metal Jacket”(1987) by Stanley Kubrick. The filmmaker chose him for that role after seeing a test of him in which he “said fifteen minutes of obscenities without stopping or repeating the same word twice”.

What many do not know is that Lee Ermey was actually a sergeant of the Marines. He enlisted in 1961, at 17 years old. In 1965 he was assigned as an instructor to the Indian Company in the 3rd Recruit Training Battalion in San Diego. Later he was sent to Vietnam in 1968, where he served for 14 months, being licensed in 1972 because of injuries sustained during the performance of his duty. He had the rank of Staff Sergeant then. In 2002, the Commandant of the Marine Corps granted him an honorary rank of artillery sergeant. The last time I saw him on screen in 2009 was presenting the “Lock n’ Load” program on the History channel, in which he talked about different types of weapons. Far from the grumpy image that he gave in “Full Metal Jacket”, in that program Ermey proved to be a gentleman of pleasant treatment, of very good humor and very good guy. 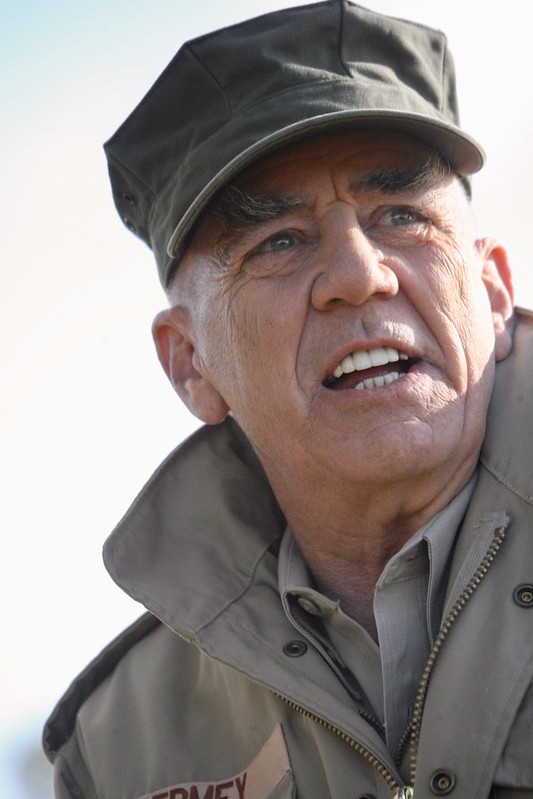 Lee Ermey in a recent photo, with the cap of the Marines that always took with (Photo: Twitter @RLeeErmey)

The news of his death has been given by his manager, Bill Rogin, through his official Twitter account a little before one o’clock in the morning (GMT+1). In its statement tonight on Instagram, the US Marine Corps has pointed out: “He will be greatly missed by all of us. It is a terrible loss that nobody was prepared for. He has meant so much to so many people. And, it is extremely difficult to truly quantify all of the great things this man has selflessly done for, and on behalf of, our many men and women in uniform. He has also contributed many iconic and indelible characters on film that will live on forever. Gunnery Sergeant Hartman of Full Metal Jacket fame was a hard and principled man. The real R. Lee Ermey was a family man, and a kind and gentle soul. He was generous to everyone around him. And, he especially cared deeply for others in need.“

My memory from here for this marine. Rest in peace. 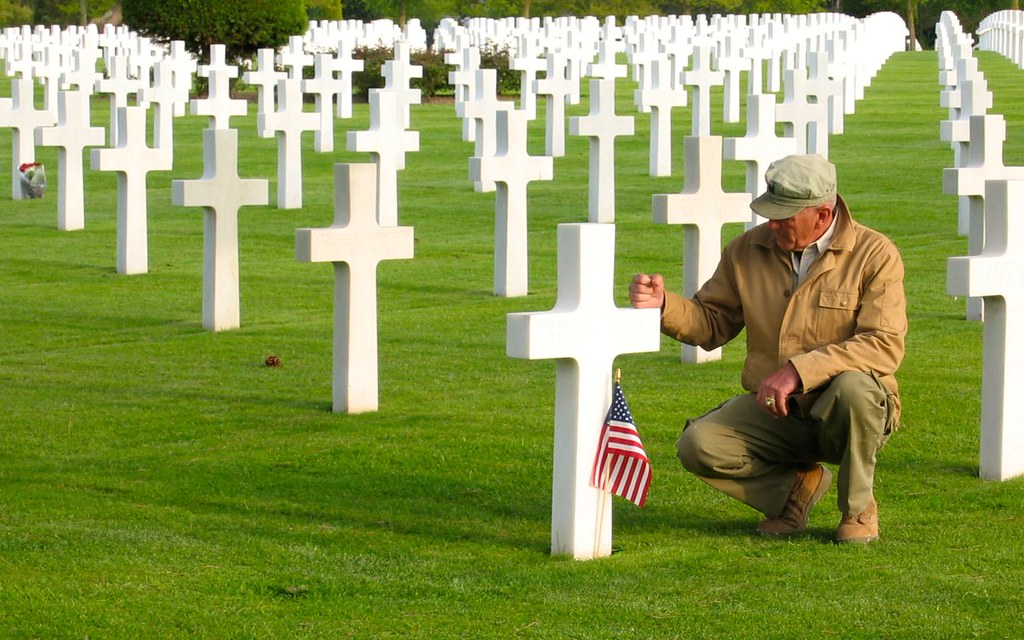 R. Lee Ermey at the Normandy American Cemetery on May 30, 2016 (Foto: Twitter @RLeeErmey)