In 2019 it will be 100 years since the beginning of a war forgotten by many but that played a decisive role in the history of Europe in the first half of the 20th century: the Polish-Soviet War.

That war had its defining moment in the Battle of Warsaw in 1920, in which – against all hope – the Poles defeated the Bolsheviks, destroying Lenin’s plans to expand communism throughout Europe. That victory was achieved mainly thanks to the Polish cavalry. But in addition to horses, the Polish Army also used Renault FT-17 tanks. In June of 1919, 120 tanks of this type arrived at Poland from France, turning to the Polish Army into the most powerful quarter of the world in armored means at that moment (only surpassed by the armies of the United Kingdom, France and the United States).

Image of a Renault FT-17 with machine gun Hotchkiss model 1914, used by the 1st Tank Regiment of the Polish Army in 1920, during the Polish-Soviet War.

It was officially sold to Uruguay but ended up in Santander

In 1936 the Polish Army still had more than a hundred FT-17 in its ranks. By then it was an obsolete car. As Javier de Mazarrasa explains in his book “Blindados de España. 1ª Parte: la Guerra Civil 1936-1939” (“Armored of Spain. 1st Part: the Civil War 1936-1939”), in March 1937 the Soviet ship Autom left in Santander 16 FT-17 from Poland. Officially the armored vehicles had been sold to Uruguay, but ended up on the Spanish Republican side. Nine of the tanks (including the tank now restored) carried a Puteaux SA 18 (named wz.18 in Poland) 37mm gun.

As Alberto Gómez Trujillo indicated in his article “Armas polacas en la Guerra Civil Española” (“Polish Weapons in the Spanish Civil War”), published in this blog last year, the tanks were sold through the SEPEWE (Syndykat Eksportu Przemysłu Wojennego, Union of the Export of the Industry of the Guerra), an entity formed by the Polish State and by 19 Polish private companies. Javier de Mazarrasa said in the aforementioned book that those 16 FT-17 from Poland were used by the Republicans in the North Front, especially in Santander, until the capture of the city by the national side. The surviving tanks were framed in the Renault Company of the National Army. 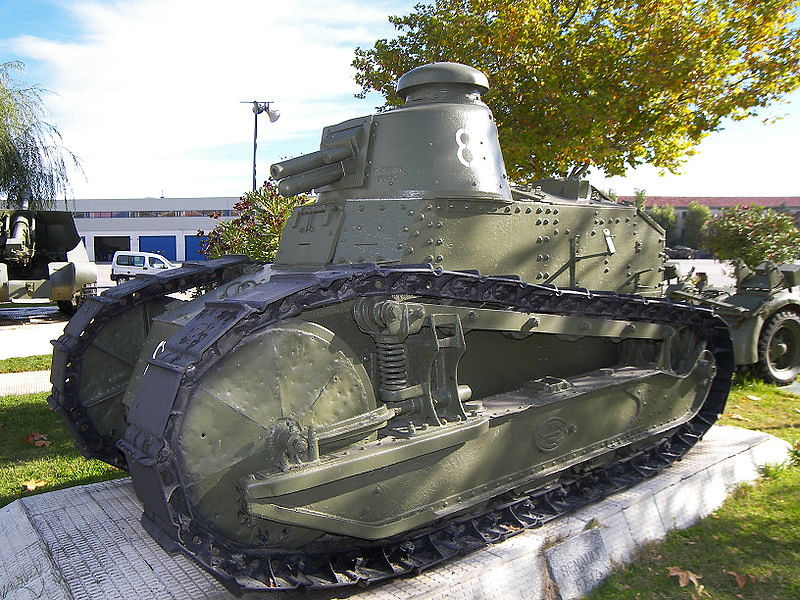 The restored FT-17, in a photo taken in 2007, when it was exhibited at the “El Goloso” barracks in Madrid (Photo: JonCatalán / Wikimedia)

A work of five years of restoration

The restored tank was exposed for years in the “El Goloso” barracks in Madrid, where the Armored Units Museum of the Spanish Army is located. For five years, and thanks to thousands of euros received in donations, it has been restored by the Armored Regiment “Alcázar de Toledo” nº61, the Armored Systems Maintenance Center and Park nº1 (PCMASA 1) and the “Coraza” Association. On the website of this association you can see a photo gallery of the restoration of this tank (click here).

t should be noted that the Polish FT-17 were not the first tanks of this type to arrive in Spain. As indicated by Javier de Mazarrasa in his book, the first Spanish FT-17, nine in total, were purchased from France in January 1922, and were each equipped with a Hotchkiss model 1914 7mm machine gun. A few weeks later bought a tank equipped with a machine gun and a transmission FT-17TSF, used as a command vehicle, were bought. These eleven tanks were sent to Morocco, forming two sections with five vehicles each. One more car was purchased as a training vehicle, and later six more were purchased to replace casualties and equip a third section in Morocco. Twelve of these tanks would go down in history as the first armored units in the world to participate in an amphibious landing, in Alhucemas on September 8, 1925. 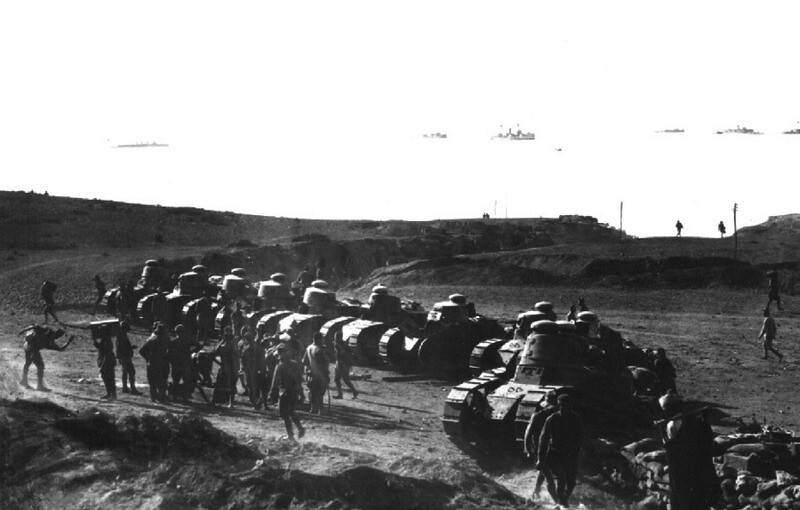 Tanks FT-17 of the Spanish Army in the landing of Alhucemas in September 1925.

n 1936, at the start of the Spanish Civil War, the ten survivors of these veteran vehicles of the War of the Rif were divided into two Light Regiments of Tanks, with five tanks each. The first, based in Madrid, was in the republican zone, and the second, based in Zaragoza, was in the national zone. The FT-17 that survived were removed from service at the end of the Civil War. You can see below a video of the presentation of the tank restored in the “El Goloso” barracks:

(Main photo: Asociación ‘Coraza’. Image of the FT-17 during its restoration process)