"In Eastern Europe we don’t want to see our Christian values lost", he says

Last July I spoke to you here of Dominik Tarczyński, a Polish Conservative MP who does not have any complex when talking about uncomfortable topics for the Left wing.

Yesterday Voices of Europe published an interesting interview with Tarczyński. Before the censorship that the conservatives are suffering -for example in social media like Twitter and Facebook, but also in many media and through certain laws-, the Polish deputy encourages addressing social media and blogging, and adds: “We have to fight against it. You have to understand we are fighting against a huge machine which has been built for years.”

“The West has lost its soul. Poland’s soul is still alive”

As for the differences between Western and Eastern Europe, Tarczyński is very clear: “Values. A nation which are losing their values are losing their soul. This is what is happening now in Poland. Our soul is alive, the west’s soul is dead. In Eastern Europe we don’t want to see our Christian values lost. The West has lost its soul. Poland’s soul is still alive.“ But Tarczyński is not satisfied that his country is enclosed in itself to keep those values alive: “we are going to change the Europe. That’s the most important thing. We’re going to reorganise the European Union.” And in what sense? The Polish deputy of the Law and Justice party explains it without going around the bush: “We’re going to get Europe back to the Christianity. This is who we are.”

Tarczyński qualifies that he does not want to limit the religious freedom of the people: “If the politicians would decide to become Muslims, I don’t mind. You know Poland and Europe, most of the Europe states are democratic and anyone can believe whatever he wants to believe, but in Poland I will fight for Christianity for what my ancestors were fighting for. It’s what my grandpa fought for.” Tarczyński’s grandfather, Józef Albiński, participated in the Polish resistance against the German occupation and was later one of the “cursed soldiers” who fought against the Soviet occupation.

The Polish deputy adds: “I want to be a European. And European doesn’t mean diverse, European means Christian European this is what it is for our continent. Unless, well, Saudi Arabia will decide to be diverse and they will let us build the Cathedral there.” Tarczyński insists on this point: “I can pay for it, I don’t mind. I’m serious if they want to have mosques in Warsaw they will have to let me pay for the Cathedral in Saudi Arabia. I will pay for it.“

In Saudi Arabia churches, bibles and crucifixes are forbidden

The condition of the Polish deputy has a difficult compliance. And while the Saudi monarchy finances mosques in various countries of Europe, attached to Wahhabism – the most fundamentalist current of Sunni Islam – in Saudi Arabia is not only prohibited the construction of churches, not even chapels in embassies, but also the mere fact of possessing a Bible or a crucifix, something that is punished by expulsion from the country if you are a foreigner, and with more severe penalties if it is a Saudi citizen. Also, if a Muslim changes his religion he can be executed. The Christians of the country have to meet privately and clandestinely if they want to practice their religion, with the permanent risk of being arrested. Why do we allow in Europe that a brutal Islamic dictatorship like that install fundamentalist proselytizing centers in our soil? This is not diversity: it is a Trojan horse. 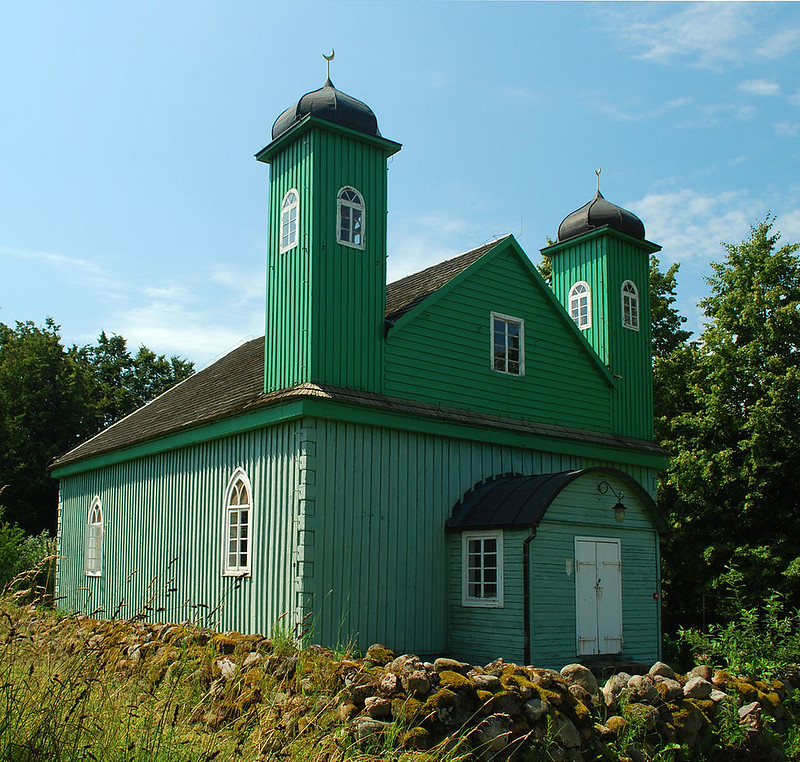 This is the small Muslim community in Poland

It must be said that in Poland there are only five mosques – in Spain there are almost 1,400 – and only one of them has a minaret, that of Gdansk. In the country there is a small Muslim minority deeply rooted and integrated for 600 years, the Tartars, who have their own reading of Sunnism. Historically they have been highly valued in the Polish Army, in whose ranks they fought against the Turks, generally in cavalry units and shedding their blood for their Homeland along with the other Polish natives. This small Tatar community has had some conflicts with Poles converted to Islam and Muslim immigrants, generally ascribed to Wahhabism. Currently, Saudi Arabia does not control any of the mosques in Poland.