A Place You Should Not Explore: The Ruins of the Yugoslav Underground Air Base in Željava

In 1948, the communist dictatorship of Yugoslavia began the construction of an air base in Željava, between Croatia and Bosnia. The base had tunnels capable of withstanding a nuclear explosion.

The construction of this enormous base lasted twenty years and cost 6,000 million dollars. Its tunnels, with an extension of 3.5 kilometers (although some sources point out that its underground network could reach 8 kilometers), had the capacity to house 120 MiG-21, divided into three squadrons: two of fighting and one of reconnaissance. In case of nuclear attack, the base had sufficient means to operate autonomously for 30 days with 1,000 people. You can see here a report from the early 1970s that shows what this base was like when it was active:

Finally, the base did not have to face a nuclear war, but a bloody civil war: the one that ended up dismembering Yugoslavia since 1991. It was the last time this military enclosure was used. To prevent their Croatian enemies from taking advantage of the base, the Serbs initially destroyed the taxiways and landing and attempted to destroy the tunnels on May 16, 1992, using 50 tons of explosives. But because the base had been built to withstand a nuclear explosion like Nagasaki, many of the tunnels did not collapse, although due to the effects of the powerful explosion, whose shock wave was felt in 100 kilometers around, the base it was giving off smoke for six months. 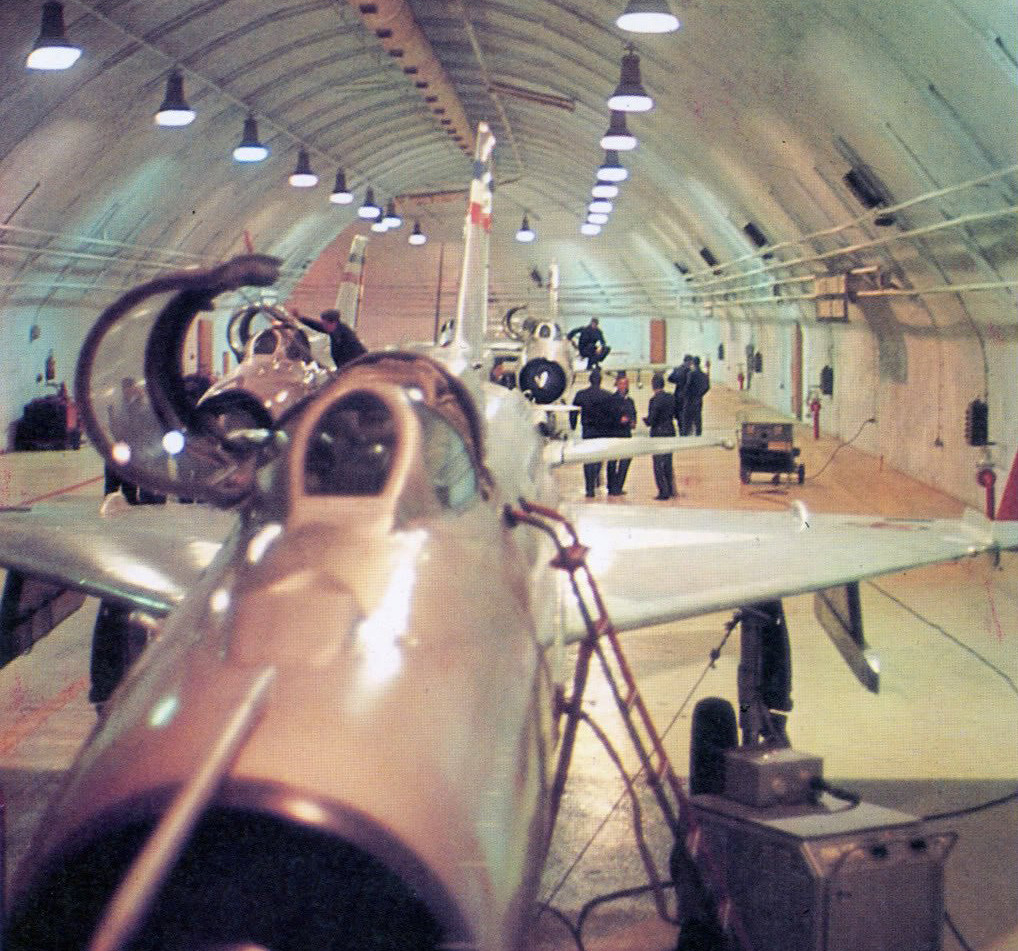 A month ago, the group of Polish explorers Urbex History published a video on this base. In it we see a jewel that still retains Željava: a Douglas C-47B Dakota, surely one of the veterans of World War II that the Yugoslav Air Force used. The plane shows numerous holes in its fuselage, probably the result of the combats that took place in this base when the Croatian forces arrived in 1992.

The hidden dangers in the ruins of this base

But the most disturbing aspect of the video is due to one of the dangers that this base contains: a part of its surface is strewn with antipersonnel mines. In this video, we see Polish explorers reaching one of the areas marked as mined:

The danger of the base does not stop there, since because of the powerful explosion of 1992, a large part of its tunnels threaten to collapse and, in addition, are contaminated with polychlorinated biphenyls (PCB), which are toxic. I wonder if these Polish explorers were informed about this before this imprudent exploration, since in a second video of this exploration published the day before yesterday, the members of Urbex History go through those tunnels … 🙄

I think sites as dangerous as Željava should be avoided by anyone who has an appreciation for their life. I have been following the channel of Urbex History for some time and I have to admit that they publish very interesting things, but in my opinion, with this exploration they have been very imprudent. Please, if you dedicate to the usually risky urban exploration, always remember that prudence and security must prevail over curiosity.