The aggressions have taken place in Barcelona and Cornellá de Llobregat

The demonstrations convened by Vox this noon have been the objective of separatist violence in two locations in the Catalan region, two Vox supporters being injured.

Separatists hurt a woman who attended the Vox demonstration in Barcelona

The first of these aggressions has occurred in Barcelona, where CDR separatists and leftist extremists have tried to burst the demonstration of Vox in the San Jaime Square. Youtuber David Santos has shown this video, in which we see a woman attending the Vox call and who has been injured when she has received the impact of two welded nuts thrown by the CDR:

“A group of CDRs throw two welded nuts to a demonstrator of the call España Existe. They call themselves “People of Peace.”

As reported by Las Voces del Pueblo, women have required health care. A Twitter user, @kryspyta, has shown this photo of the object launched by the CDR against this woman: 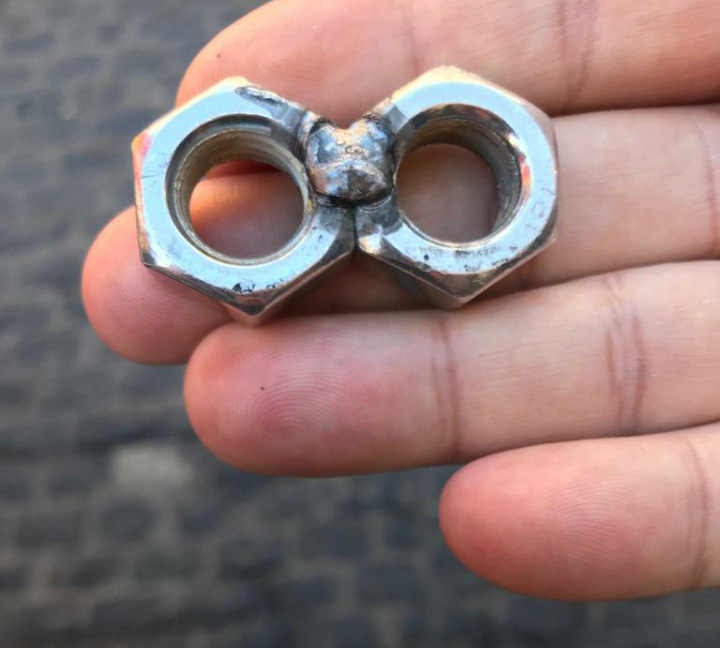 Likewise, in Cornellà de Llobregat (Barcelona), the local Vox delegation has denounced the aggression suffered by an elderly gentleman at the hands of several separatists while attending the concentration convened by that party this noon in front of the town hall of that town, in the the Church Square.

“From VOX Cornellá we want to denounce the aggression that a partner has suffered from the intolerant separatists in the concentration in front of the town hall. This is the democracy of Pedro Sánchez’s friends”.

In the video, the elderly man points out that “two or three” were the individuals who attacked him. The images clearly show the wounds caused by aggression in the nose and near the eye. “This is the democracy of Pedro Sánchez’s friends,” Vox said.