6,000 killed by policemen for which the extreme left did not protest: guess why?

These days, far-leftist groups are promoting violent protests in several countries over the death of an African American at the hands of a police in the United States.

It so happens that this policeman has already been arrested, is accused of murder and has been taken to a maximum security prison. This is what differentiates a democracy like the United States from the regimes that those same far-leftist groups have as references. And is that many who boast of "anti-facists" are criticizing the US but never criticize dictatorships like those of Venezuela, Cuba, China, Vietnam, Iran and other undemocratic regimes.

A country in which the Police commits almost half of homicides

Last Thursday, May 28, the newspaper El Nuevo Herald, which is published in Miami (Florida, USA), published a report on a country in which there were 5,179 extrajudicial executions by police officers in 2019, with a total of more than 6,000 dead. In contrast, the Police of that country only suffered 39 casualties during that year. To give us an idea of the magnitude of the problem, in that country there were in 2019 a total of 6,663 homicides, not counting those extrajudicial executions. In other words, the Police of that country is responsible for almost as many deaths as the other homicides.

The far-left has been refusing to condemn these crimes

Have you seen someone mounting violent demonstrations or robbing supermarkets to protest against this colossal State terrorism? There has not been a single violent protest in this regard, although there have been peaceful protests in various countries, without a single trash can breaking. And in case someone is wondering, not a single group of those who call themselves "anti-fascists" have protested about it, perhaps because that State terrorism at the hands of the Police occurred in socialist Venezuela. This is not the first year that such abuse has occurred, but they have never criticized it. Without going any further, in December 2014 far-left Spanish parties such as Podemos and Izquierda Unida voted against a condemnation of socialist crimes in Venezuela at the European Parliament. The text of that resolution (can be seen here) already denounced "extrajudicial executions" and "torture and ill-treatment" of detainees in that country.
A young woman shot dead by the Chavists at a demonstration

One of the victims of that state terrorism of Venezuelan socialism was the young woman Genesis Carmona, 22, who was shot to death by the Chavists on February 19, 2014 during student protests against the Nicolás Maduro dictatorship. The regime's repression against these protests was brutal: there were 43 dead and 1,032 wounded. One of the images of that brutal repression that went around the world was that of Genesis seriously injured and unconscious, being taken by motorcycle to a hospital, where he died the next day. 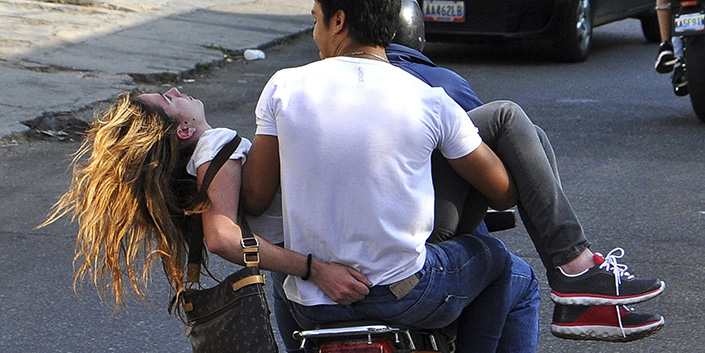 As if they didn't give a damn about the lives of Venezuelans, in March 2015 Podemos and IU, in addition to Bildu, voted against yet another resolution condemning Chavist crimes in the European Parliament. In the text of this resolution (you can see it here), not only the torture of detainees was denounced, but also the death of Kluivert Roa and six other students at the hands of the Chavist police. I already told you about Kluiver's case here. He was a 14 year old boy. This is his photo: 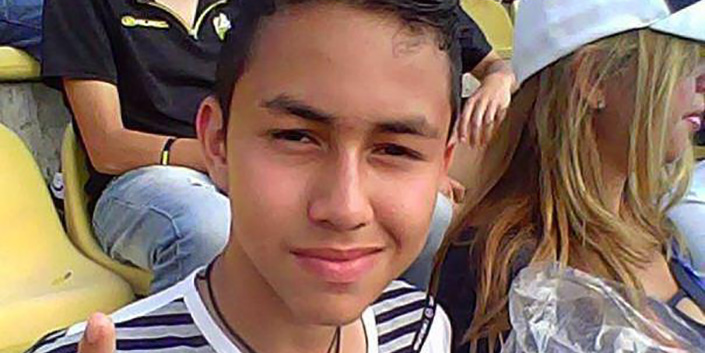 On his way back from class, a Chavist policeman shot him to the head. It happened on February 24, 2015. This is the image of the boy after his murder: 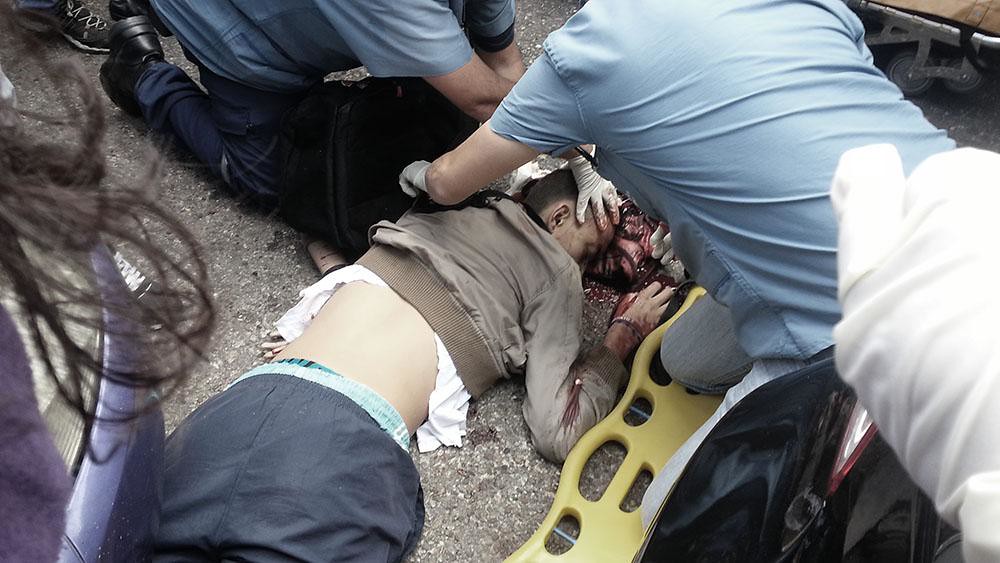 Imagine for a moment what would have happened in Spain if the National Police or the Civil Guard had done something like this. The difference is that here we have decent police forces, typical of a democratic country, not like the Chavist Police, which is the typical political and criminal police of a dictatorship. Well, in April 2016 Podemos abstained from a new conviction against the Chavista regime: IU and Bildu voted against, this time in the Spanish Parliament.

A cynical, hypocritical and scoundrel far-left

In view of these data, what is evident is that we have a cynical, hypocritical and scoundrel far-left, who calls democratic countries "dictatorships" while supporting authentic dictatorships, which mounts a scandal against the death of an African-American man at the hands of a policeman in the United States, but who refuses to condemn the state terrorism of the Chavist regime and other socialist dictatorships, at the same time that he fills his mouth talking about "human rights", when they have already shown, by active and passive, that they don't give a damn. 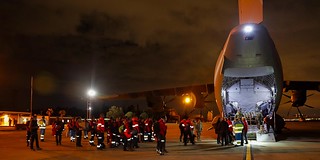 The Wagah-Attari border ceremony: the most surreal military act in the world
5·2·2023 · 18:20
Ver más artículos