Antifa: examples of violence and terrorism that many media have been hiding

The wave of free violence caused by far-left groups in the United States in recent hours has received a forceful response from Donald Trump.

A wave of gratuitous violence encouraged by the far-left

The riots started this time with the excuse of protesting the death of a black man, George Floyd, at the hands of a policeman who has already been arrested. The scenes that are being seen in the United States, in many cases, show hooded youths robbing shops and stealing all kinds of articles, in a show of free violence that has nothing to do, as some affirm, with the fight against racism. Here are some examples:

The violence has not only been directed against shops and street furniture. Yesterday in Dallas, Texas, a young man was brutally beaten on the ground by the far-leftists, who left him wounded and unconscious on the ground:

A young man who came out in defense of the man with the flag was chased, assaulted and kicked on the ground by left-wing extremists:

Last Saturday in Minneapolis, Minnesota, a woman in a wheelchair trying to defend her store was attacked by looters, who fired at her the contents of a fire extinguisher:

In Rochester, New York, an older woman who defended her business against violence was beaten with fists and beaten with a log. Her husband was also assaulted when he came to defend her:

Hitting an old woman, assaulting a woman in a wheelchair, kicking people on the ground and hitting someone Why does he have a flag… Is this what the far left understands by fighting against fascism and racism?

After warning that this violence is being promoted by “anarchists”, yesterday the President of the United States announced that his country will designate “Antifa” as a terrorist group. In several countries some leftists have interpreted that Trump intends to outlaw anti-fascism, that is, the rejection of fascist ideology. It is not like this. As “Antifa” in the US and in other countries violent left-wing groups are known, who have carried out acts of violence and even terrorism on other occasions. Three years ago, more than 300,000 people signed a petition to declare “Antifa” a terrorist group in the USA, being one of the most supported initiatives that has been published on the White House petition website. The petition made the following argument:

“Terrorism is defined as “the use of violence and intimidation in pursuit of political aims”. This definition is the same definition used to declare ISIS and other groups, as terrorist organizations. AntiFa has earned this title due to its violent actions in multiple cities and their influence in the killings of multiple police officers throughout the United States. It is time for the pentagon to be consistent in its actions – and just as they rightfully declared ISIS a terror group, they must declare AntiFa a terror group – on the grounds of principle, integrity, morality, and safety.”

In the previous months, far-left groups calling themselves “Antifa” had sparked a wave of violence against Donald Trump’s supporters following his electoral victory. Here you can see the altercations caused by “Antifa” in Portland, Oregon, two days after the elections:

Then we saw scenes very similar to the ones we are seeing now, such as the attacks on shop windows and shops:

Antifa calling to sabotage railways in the US

The gratuitous violence that these groups provoke goes beyond the field of street violence and enters the field of terrorism. Between April and November 2017, anarchist groups sabotaged railroads in the states of Washington, California, and Oregon. The far-left website Puget Sound Anarchists published a message claiming one of those attacks, in which its authors stated: “Railways are easily accessible and everywhere. Sabotage is fun and easy ”, another example of the taste for free violence by these extremist groups.

Fanatics who describe everyone who disagrees as ‘fascist’

The philosophy of these violent groups is the habitual one of the far-left. They consider that violence and even murder are justified against fascism, and for them “fascist” is any person they point to as such, whether they are really fascist or are a conservative, a classic liberal, a Christian or anyone who simply take the opposite. It is a circular argument that serves to justify gratuitous violence against anyone. And it is that if an antifascist attacks you, then it is assumed that you are fascist and that the attack is justified, although in reality it is nothing more than a form of political violence that differs very little from that used by fascists in the last century.

An example of this gratuitous violence occurred in Berkeley, California, on Sunday, August 27, 2017. A conservative group was demonstrating in a peaceful way: a hundred “Antifa” anarchists broke into the march, assaulting the protesters, with a form of performance that differs little from that used by the brown shirts of the Nazi Party against their political rivals in the 1930s:

Many leftist media have fueled this dangerous spiral of violence, presenting these aggressors as “anti-fascists”, when in reality they are nothing more than extreme left-wing fanatics who attack anyone. One of the most common excuses for this violence is anti-racism and the defense of LGBT groups. At the moment of truth, the members of “Antifa” do not hesitate to attack people from racial minorities and homosexuals. In June 2019, members of Antifa attacked conservative journalist Andy Ngo, who is of Vietnamese origin and who declares himself gay, when he reported on the violent altercations that these left-wing extremists were causing in Portland, Oregon. The journalist was kicked and punched and had to be hospitalized because of a cerebral hemorrhage:

Despite the seriousness of the fact, a well-known American left-wing media tried to whitewash the attack and blame the victim for “provoking”, stating the following: “Ngo is not an innocent victim but a far-right sympathizer who has doxxed antifa members in the past, potentially facilitating their harassment, and provokes them so that he can broadcast the result.” “Antifa” attacks and leftist journalists justify it: the first are as guilty as the second.

An “antifa” group calls to attack US targets in the world

The danger of these far-left groups is evident by looking at what they publish on their websites and on their social networks. An example of this is the Revolutionary Abolitionist Movement (RAM), an anarchist group that is promoting the riots these days in Minneapolis, using incendiary images to promote what it calls “revolutionary activity” and “people’s war against the State”, and labeling as “revolutionaries” those who have assaulted the Police Station of that city, and encouraging to attack “all US political, military, and economic targets” throughout the world. To give us an idea of what this group of fans means by politics, on their website they present their branch of Philadelphia with firearms, a baseball bat and a machete: 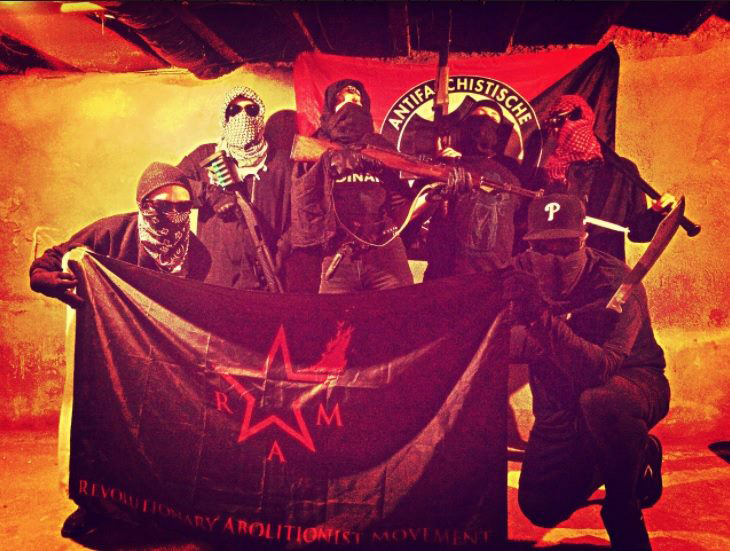 Another example of a far-left group within the Antifa movement is Red Guards Austin, a Maoist communist organization that also displays itself with firearms and using scarves and hoods to hide their faces: 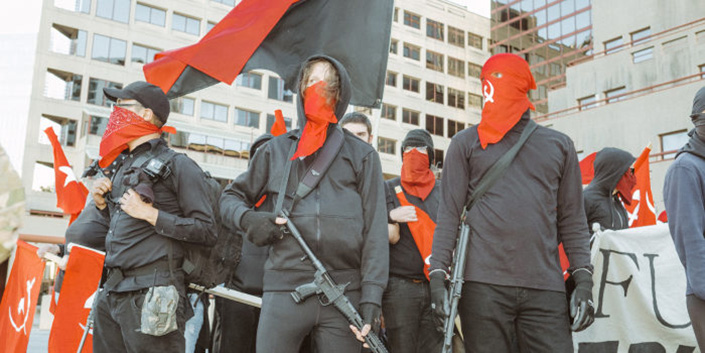 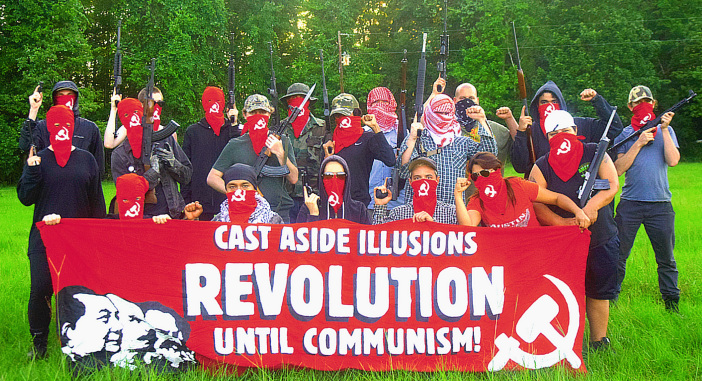 Redneck Revolt is another heavily armed far-left group, as you can see on their website. It was created in Kansas in 2009: 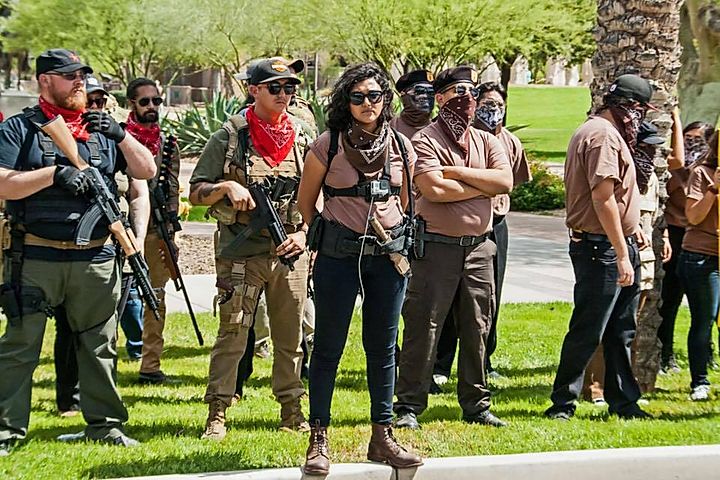 Terrorism on the far-left is not a phenomenon unique to the United States. In Europe, far-left terrorist groups such as ETA, GRAPO, FRAP and others (in Spain), the Red Brigades (Italy), the Provisional IRA and its splits (United Kingdom) and the Red Army Fraction (Germany) have operated and have caused thousands of deaths during decades of criminal action. According to Europol, in 2018 there were 19 extreme left terrorist attacks in Europe, to which should be added some of the 83 attacks classified as separatists, and a single extreme right attack.

Among the most serious attacks of 2019 is the attempted assassination of Frank Magnitz, deputy of the right-wing Alternative für Deutschland (AfD) party, claimed by the antifa group Antifaschistischer Frühling Bremen (Bremen Antifascist Spring). The deputy had to be hospitalized after receiving a brutal beating that left him seriously injured: 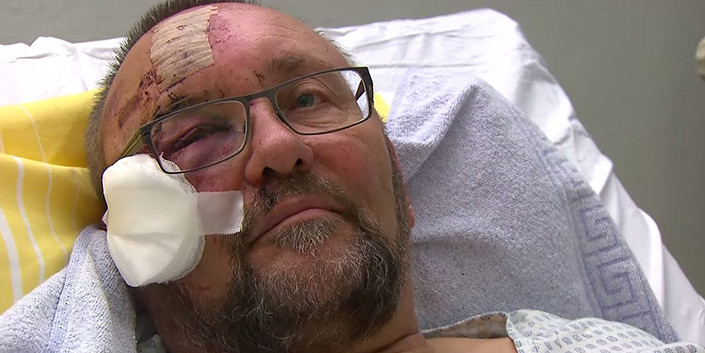 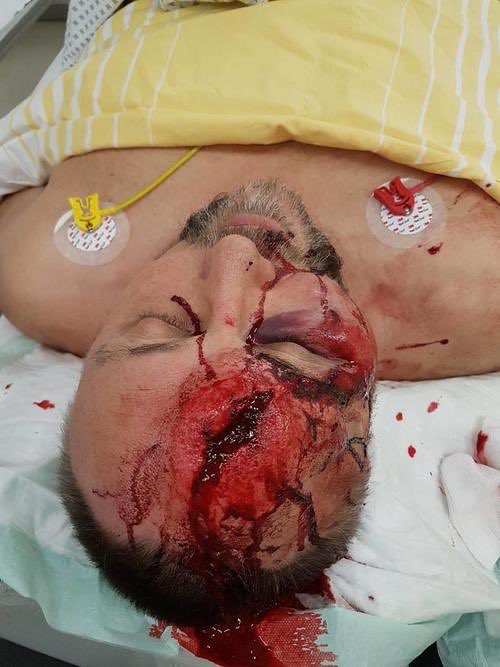