The stone hit Rocío in the left eyebrow, causing a gap and making her bleed

The wave of violence and bullying unleashed by the far-left against the constitutionalist party Vox in Spain has ended today with attacks in Sestao.

The deputy has been hit in the left eyebrow, which has started to bleed

Vox organized for this afternoon a rally in the San Pedro square in Sestao (Vizcaya). A group of leftist extremists have harassed, insulted and attacked members and supporters of Vox, throwing various objects at them, including bottles, stones and eggs. According to El Independiente, the far-left thugs have thrown a stone at the Vox deputy Rocío de Meer, hitting her in the face and injuring her left eyebrow, from which she has started to bleed.

The journalist Javier Negre has spoken to the attacked deputy shortly after the attack, as seen in this video broadcast live on YouTube on the Estado de Alarma channel. It clearly shows the wound on the left eyebrow of the deputy, who comments: “I am very proud of Santiago, that he has had to live this every day,” referring to Santiago Abascal and the threats he constantly suffered on his native land:

Vox has denounced that their president Santiago Abascal, in addition, has received death threats: “We denounce the complicity of the Basque government, unable to guarantee an election in freedom,” this formation said in a tweet published this afternoon, which included this photo of Rocío de Meer with an eyebrow bleeding from the stone. 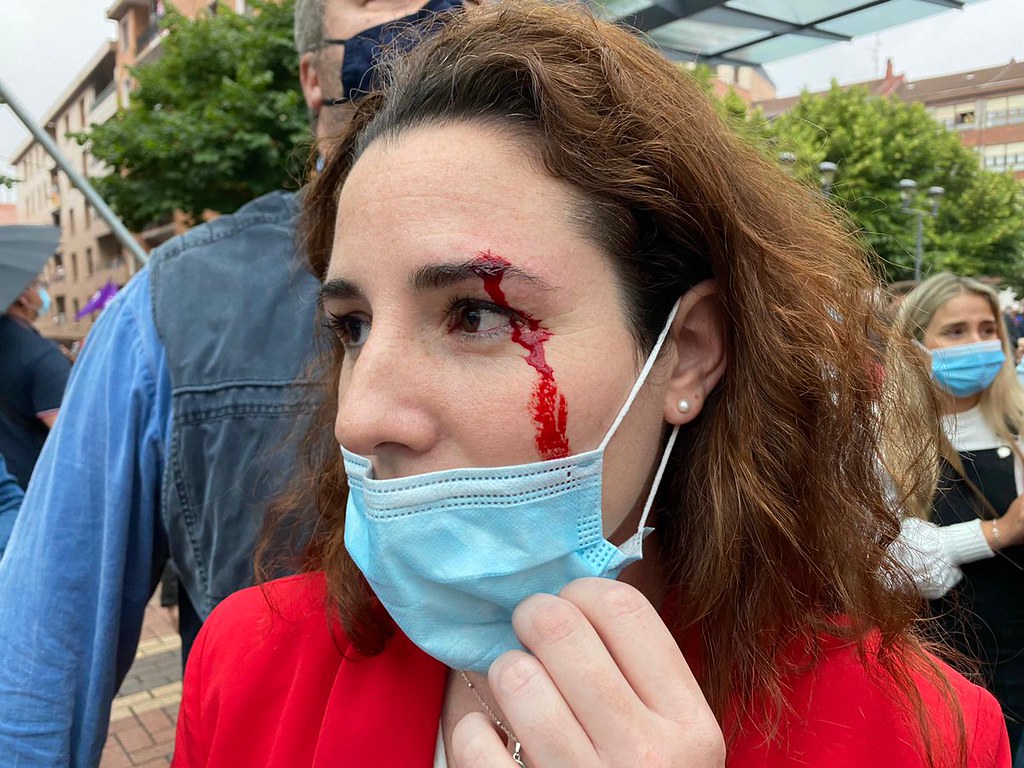 It must be remembered that until now neither the Socialist Party (PSOE) nor the far-leftist party Podemos have condemned the repeated attacks that Vox has been suffering from the far-left thugs. The president of Podemos, Pablo Iglesias, instigated that harassment with his “anti-fascist alert” against Vox in December 2018, after the unexpected success of Abascal’s party in the Andalusian regional elections that year. In November last year, the Minister of Finance, the socialist María Jesús Montero, refused to condemn a pro-ETA attack against Vox candidate Nerea Alzola when Rocío Monasterio summoned her in a television debate: the socialist even blamed the assaulted, affirming that “you are sowing hatred”. Will the Government, the PSOE and Podemos continue without condemning these attacks now that the attacked is a deputy? 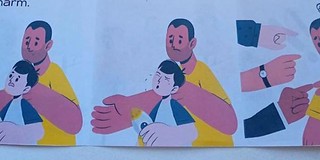