"Bring joy and accept hijabs," one of the campaign messages says

While women are discriminated against in Islamic countries, European institutions are dedicated to promoting one of the symbols of that discrimination.

In the last hours a controversy has broken out on social networks due to the appearance of posters corresponding to a campaign to normalize the Islamic headscarf among women, a campaign supported by the European Union and the Council of Europe, whose logos appear on a corner of posters. In other words, it is a campaign financed with official funds paid by all Europeans, which has increased criticism on social media.

The campaign associates the Islamic veil with 'joy' and 'freedom'

Some of these images and a video of the campaign were released by an official Council of Europe Twitter account, @CoE_Antidiscrim, but were subsequently deleted. However, despite this deletion on social media following numerous criticisms of the campaign, the campaign materials are still available on a joint official website of the EU and the Council of Europe (copies are available at archive.ph and Web Archive in case they delete the original page). The posters show women happy to wear the Islamic headscarf, a garment that is identified by words like "diversity", "freedom", "joy" and "choice". Here you can see some of the posters (click on each one to see it enlarged): 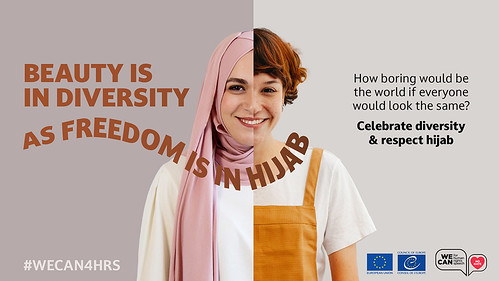 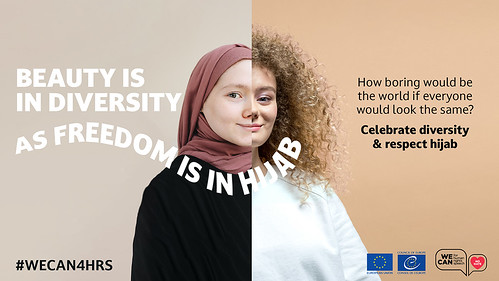 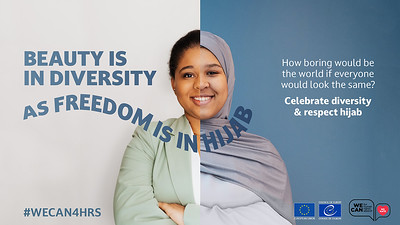 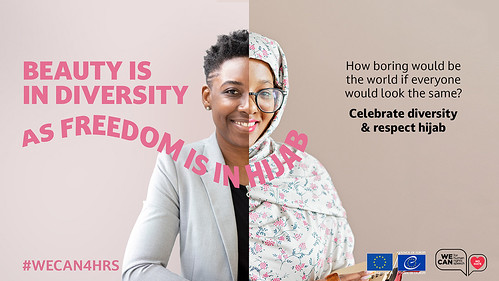 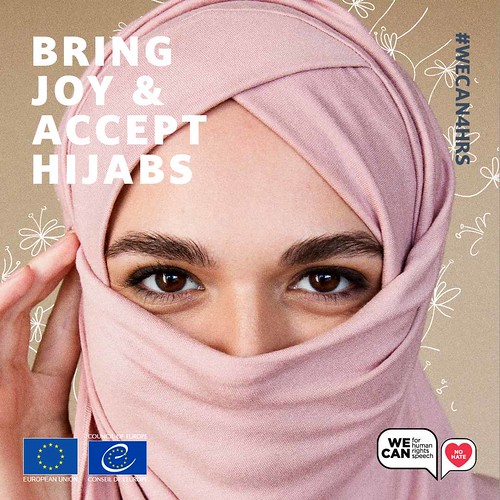 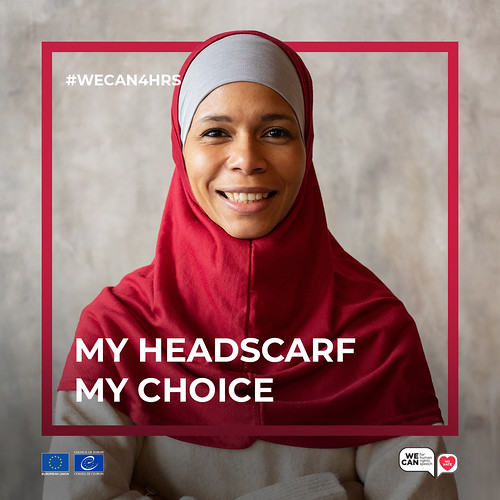 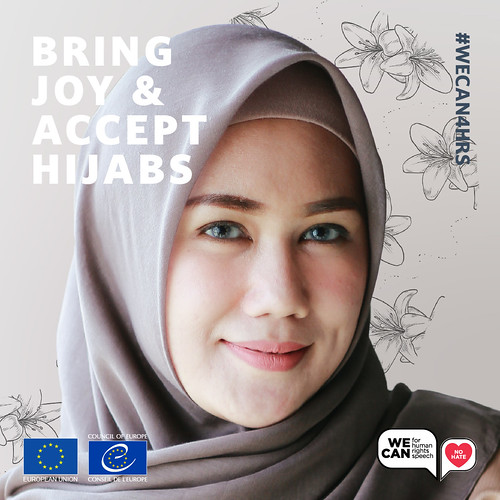 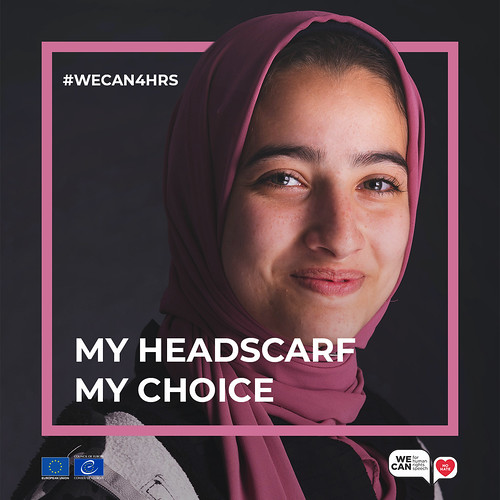 The deleted video of the campaign that 'Islamizes' women

In addition, the campaign has included a video published in the aforementioned official account @CoE_Antidiscrim, but which was deleted due to the avalanche of criticism (here is a copy of the original in archive.ph):

«Bring joy and accept hijabss», one of the campaign messages says

In addition, on the official website of the Council of Europe you can see a PDF (click here) entitled "Human rights messages for WECAN4HRS online campaign against anti-Muslimhate speech" (here a copy on archive.ph, in case they delete the original). The messages include the following:

Criticisms of MEPs and Internet users on social media

The campaign hashtag, #wecan4hrs, has received numerous criticisms on Twitter, including from some representatives of the European Parliament. The Spanish MEP Hermann Tertsch, from Vox, has criticized the campaign with this message: "The EU proclaims how beautiful the hijab is and says that you enjoy it. When the problem is in the European neighborhoods where it is already beginning to be almost as compulsory as in the failed societies where it comes from."

Likewise, French MEP Hélène Laporte, from the Rassemblement National (RN) party, has accused the Council of Europe of "promoting the Islamic hijab" and added: "The fight for women's rights does not consist of submitting to Islamism." French RN MEP Philippe Olivier subscribed to that accusation to the Council, and commented: "Let's not let this hateful propaganda continue, which goes against our values and our culture!"