340 million Christians suffer persecution and discrimination because of their faith

Communism and Islamism: that’s how hate is in 39 of the 50 countries that persecute Christians the most

Communist oppression and Islamic extremism remain the biggest promoters of persecution against Christians in the world today.

The Christian NGO Open Doors published yesterday its World Persecution List 2021, which reflects in data the violence suffered by Christians in the world because of their faith. Open Doors includes very alarming data in its report: the number of Christians killed for their faith in the world has increased considerably, from 2,983 in the 2020 report to 4,761 in the 2021 report. It is the highest figure since the collection in 2016: 7.106.

In addition, 4,488 Christian churches and buildings have been attacked in 2020, and 4,277 Christians were detained without trial, arrested, sentenced, or imprisoned on the basis of their faith. Likewise, 1,710 Christians have been kidnapped for religious reasons (in 2019 there were 1,052). Worldwide, a total of 340 million Christians suffer persecution, underlying systemic discrimination and unequal treatment because of their religious beliefs. How many international organizations and how many Western politicians and media care about them?

In fact, in the face of the majority indifference of Western public opinion, the problem increases: “This year, for the first time in history, the 50 countries that make it up have reached levels of at least a “very high” persecution; the top 12 countries have reached “extreme” levels of persecution, compared to 11 the previous year,” the NGO notes.

The country that tops the list of those who persecute Christians the most is a communist dictatorship: North Korea. In addition, on the same list are three other communist dictatorships: China (17th), Vietnam (19th) and Laos (22nd). It must be taken into account that despite the fall of communism in Europe three decades ago, 1,521 million people, 20% of humanity, still continue to live under the oppression of those four communist dictatorships. It also so happens that China, the most populous country in the world, has risen on the list: last year it was ranked 23.

Islamic extremism is behind anti-Christian persecution in 35 countries

The West insists on looking the other way

It is scandalous to see that the West insists on looking the other way at the situation faced by Christians in many of these countries, reducing to a minimum the demands for respect for religious freedom directed at them. And not only that, but we also allow they to teach us: last year the socialist-communist government of Spain accepted human rights councils from 29 of the 50 countries that persecute Christians the most. The attitude of Pedro Sánchez’s executive towards this problem is not new: in 2018 he refused to receive several persecuted Christians who wanted to make this problem known in Spain.

You can see here the video that Open Doors has published about its report this year: 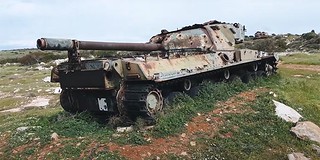