More than 600 Christians murdered in Nigeria this year: silenced crimes

The massacre of Christians in Nigeria continues: the mainstream media hides it in the West

Today we believe we are better informed than ever. We cannot imagine that a genocide will take place and that they will not inform us of it. Well it’s happening.

Two years ago I already spoke here about the genocide that Christians in Nigesia are experiencing at the hands of Islamic extremists. So I explained that most of the western media either silence the facts or manipulate them to strip them of all religious connotations and present it as a purely tribal problem.

Let’s look at an example: on July 23, Morning Star News published a story about the murder of five volunteers, three of them Christians, by Islamic extremists in the state of Borno, in Nigeria. With that crime, carried out as an execution, the terrorists issued a warning to “all who use infidels to convert Muslims to Christianity.” The video of the murder was published on July 22 on YouTube, and was quickly removed by that multimedia portal. Morning Star News released a still from the video, in which five terrorists and their five victims are seen blindfolded, moments before their murder. 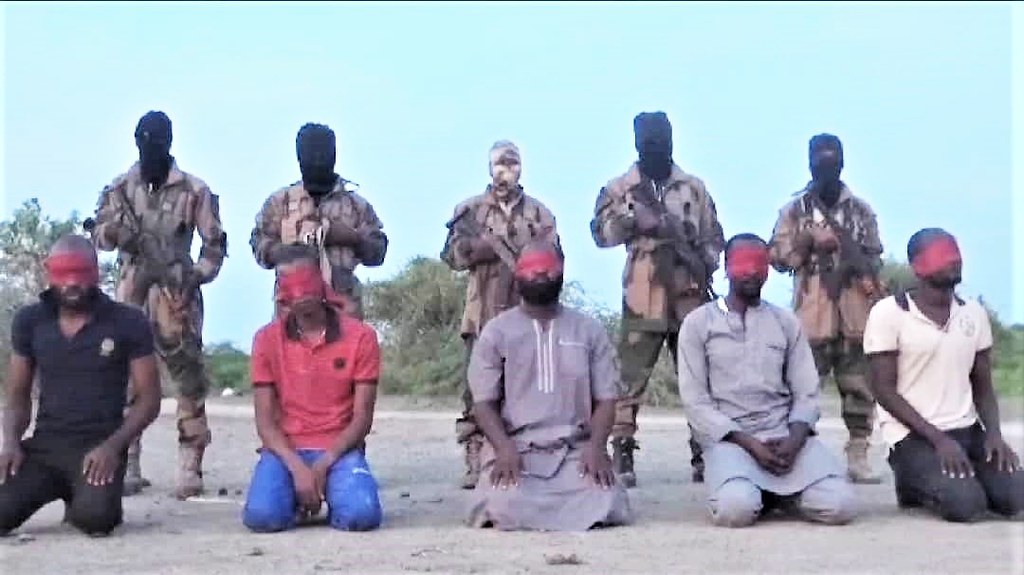 On July 23, the Associated Press (AP) agency released the news, removing almost all religious references: Islamist terrorists were simply cited as “extremist groups” or “militants,” there was no mention of Christians and the threat against Christians launched by terrorists in their video. The AP’s only religious reference was to speak of threatening pamphlets of a Boko Haram split against “Muslim civilians.” In Nigeria, there is a massacre of Christians at the hands of Islamist terrorists, but none of this is explained in the AP news. Large media such as the BBC, The New York Times and The Washington Post gave the version of the news broadcast by AP.

On July 24, the Spanish agency Europa Press echoed the condemnation of the crime by the UN Secretary General, the Portuguese socialist António Guterres. Neither in his conviction nor in the news was any mention made of the Christian condition of several of those killed. Furthermore, Europa Press did not include the mention of Christianity made by the terrorists in their threat. Even so, none of the major Spanish media broke the news, pointing to the Islamic State as the author of the crime.

On July 28, the United States Commission on International Religious Freedom (USCIRF) issued a statement condemning that crime and mentioning the threat launched by terrorists against Christians. That same day, Catholic News Agency echoed the news and the sentence issued by the aforementioned commission of the US Government. Some religious media in English echoed this. The mainstream media in that language did not publish it.
A silencing with ideological motivations?

On July 30, the Catholic website ACI Prensa, edited from Peru, reported the crime, noting that the murdered were Christians and mentioning the terrorists’ threat against Christianity. The news added: “More than 600 Christians have been killed so far in 2020 according to a report published on May 15 by the International Society for Civil Liberties and the Rule of Law.”

Some digital media, such as Actuall and Infocatólica, echoed this. The big Spanish media have silenced the news. Most of those big media have a progressive editorial line. They often present a biased and hateful view of Christians, caricatured as retrograde people who want to impose their morals on others. Do these media purposely silence the news of persecution and atrocities against Christians, or is it just a coincidence?