HMS Warrior: a visit to an 1860 armored frigate today converted into an excellent museum

There are floating museums that are a real treat for the eyes. One of the oldest can be visited in the port of Portsmouth, in the south of England.

HMS Warrior was the first armored frigate of the British Royal Navy. She was laid down in 1859 and launched in 1860, she entered service the following year, she had a displacement of 9,284 tons and a length of 128 meters, and was powered by sail and steam engine. She was very well armed, with 26 muzzle-loading 206mm guns, 10 breech-loading 178mm guns and another 4 121mm guns. She was a large and powerful vessel.

However, HMS Warrior was soon obsolete due to advances in warship construction in the second half of the 19th century. In 1875 she went into the naval reserve and in 1883 she was retired. She dismissed modernizing her as too expensive, and in the early 20th century she ended up becoming a depot ship for a destroyer flotilla. 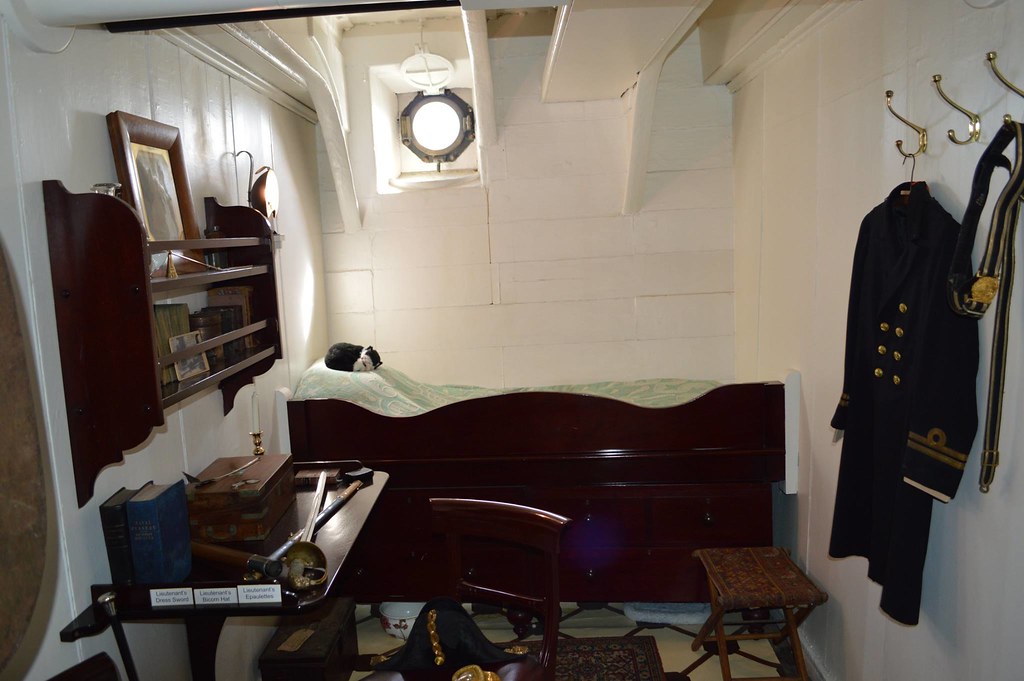 In 1904 she was renamed Vernon III, becoming a torpedo school, a function she continued to do until 1923. The Royal Navy decided to sell her in 1925, but no one wanted to buy her even for scrapping. 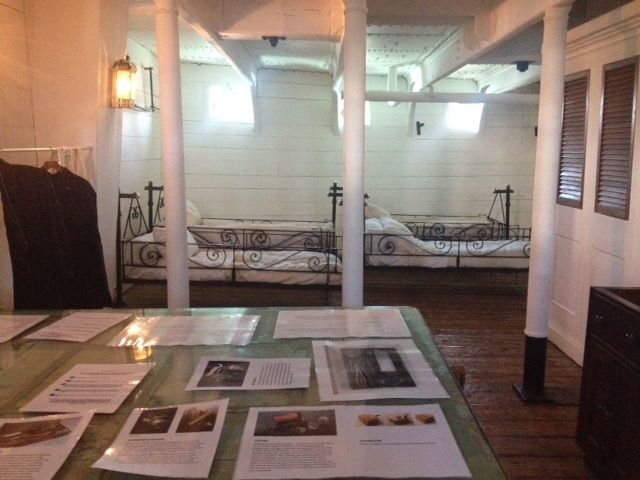 Thus, the Warrior remained in Portsmouth converted into a wharf, until in 1929 it was taken to Pembroke Dock, in Wales. She was converted into a depot ship and, as early as World War II, she was used as a base for minesweepers. 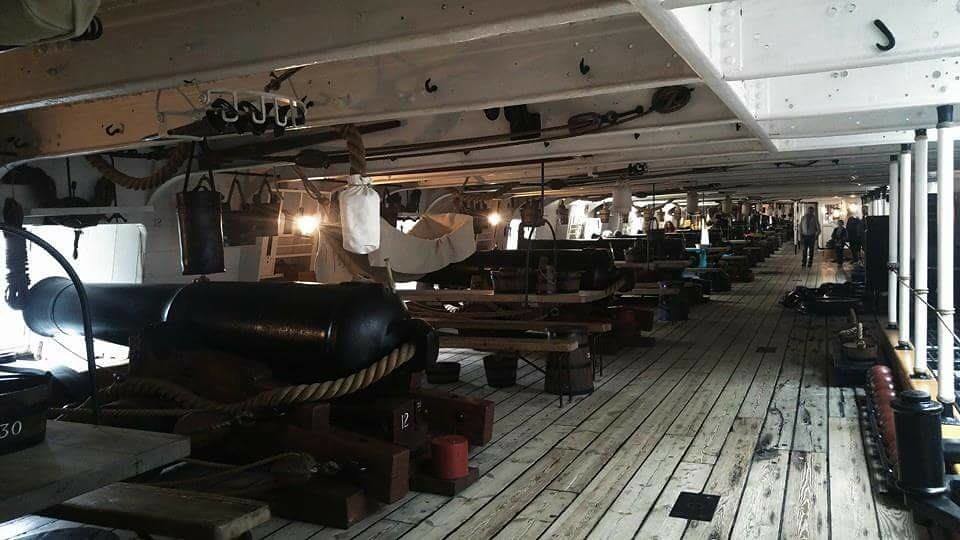 After many years of abandonment, and devoid of its rigging, in 1979 a long and difficult restoration process began that required a detailed study of how the ship was originally, since, for example, its old figurehead had been destroyed in the 1960s. 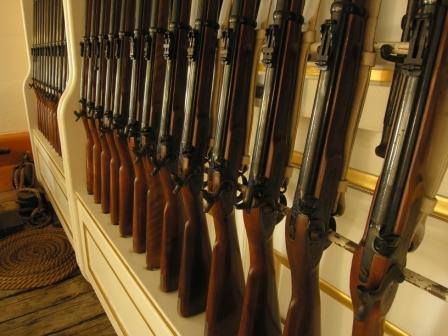 In 1987 the ship was returned to Portsmouth, where it was greeted with great celebration. Since then it has been operating as a museum, forming part of the National Historic Fleet, a fleet of more than 200 British historic ships that are preserved today as part of a national project for the preservation of ships that had historical importance for the United Kingdom. 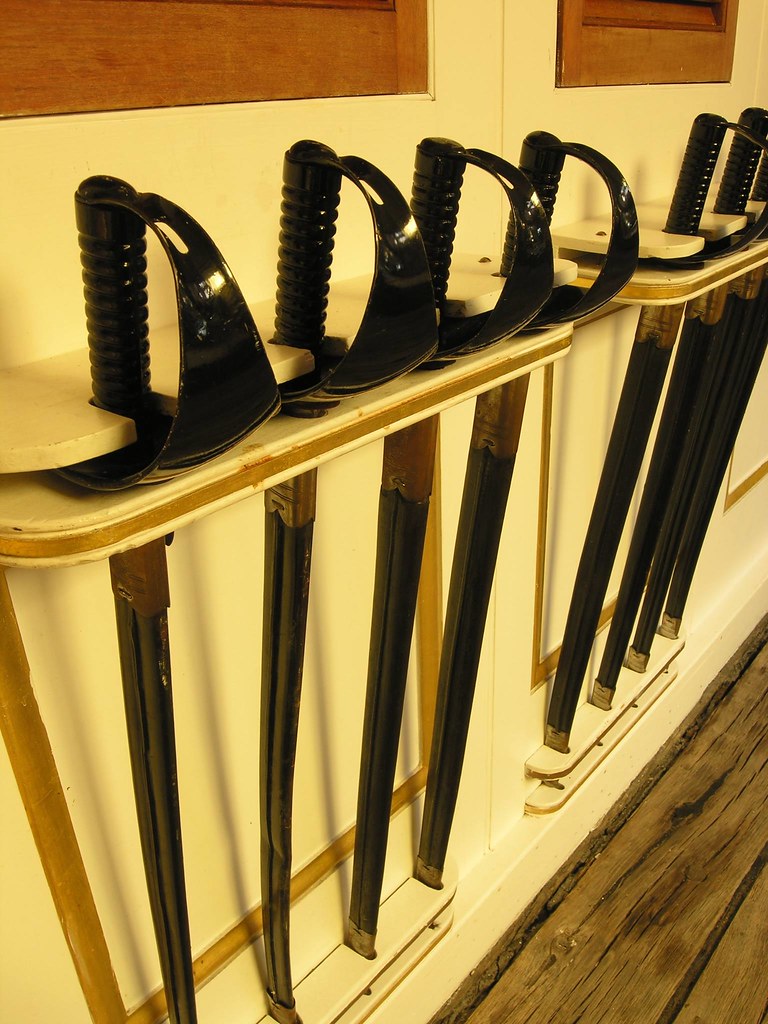 As you can see in these photos, published on the ship’s website and official Facebook page, the HMS Warrior is in great detail and recreates the original frigate as if it were ready to return to active service tomorrow. She also serves as a stage for weddings, a function in which she has become very popular. 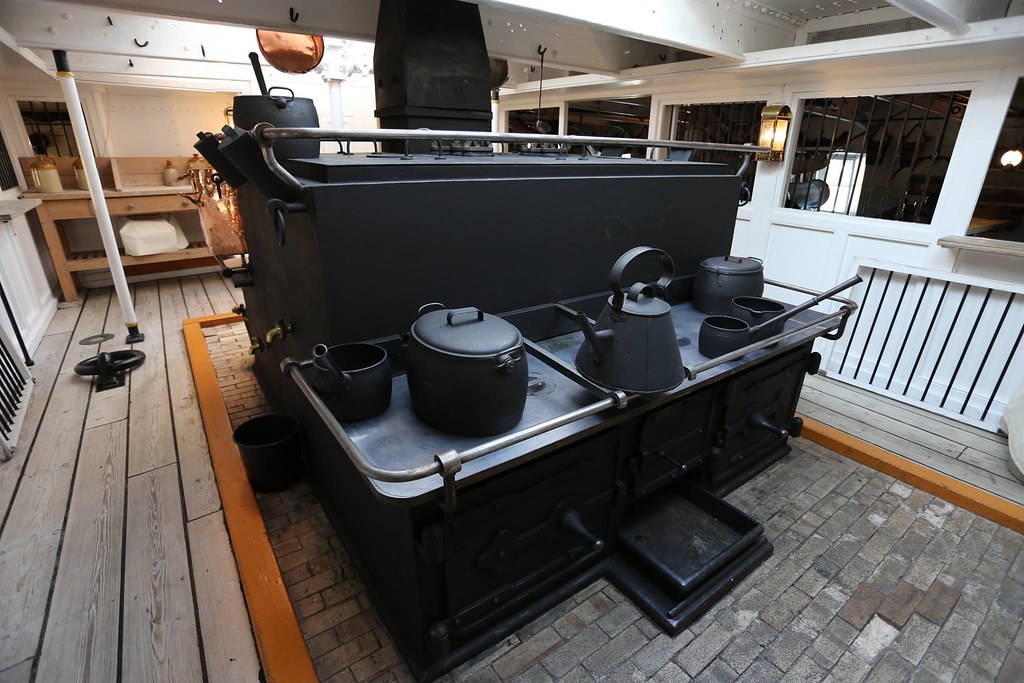 If you have been wanting to see more of this formidable ship, do not miss this interesting video published a few days ago by History Hit that shows the interior of the ship: