Maisy: the German Normandy battery that was mysteriously buried by the US

So many years after World War II still has mysteries to solve, and one of them is related to the Normandy Landings.

The Atlantic Wall and the Normandy Landings of 1944

Following the German invasion of France in the spring of 1940, the Third Reich began fortifying the coast of that country in anticipation of an Allied landing. This network of fortifications, known as the "Atlantic Wall", ran along the entire French coast from Spain to Belgium, and was the reason why the French were prohibited from approaching the beaches during the war.

One of the important points of this defensive network was Pointe du Hoc, located in Normandy, which was one of the targets of the US Rangers during the landing on June 6, 1944, since it was estimated that there was an important artillery position there that it would have jeopardized the landings on the beaches assigned to the Americans, named as Utah and Omaha in the invasion plan. 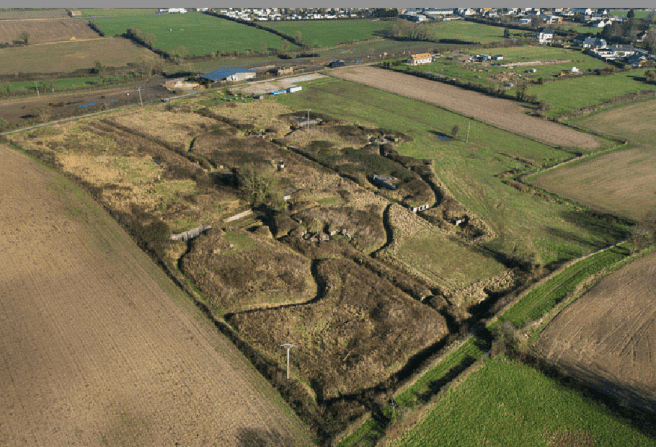 An aerial view of the bunkers unearthed at the former Maisy Battery in Normandy, a German artillery position that actually consisted of two batteries: WN83 or Les Perruques and WN84 or La Martinière (Photo: Maisy Battery).

Maisy Battery was firing on the Allies until June 9

However, when the Rangers reached Pointe du Hoc they did not find the cannons they expected. The Germans had moved the artillery pieces to the Maisy Battery, inland, and from there they were firing for several days both at the US landing forces and at the planes that ventured into the area, until the Rangers managed to take it on June 9. 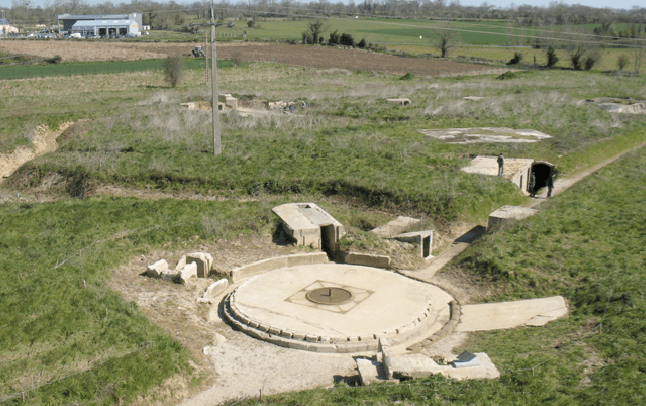 Aerial view of one of the dismantled wells of the old Maisy Battery (Photo: MaisyBattery.com).

The most curious thing about this battery is that for decades it was completely forgotten and literally disappeared from the map: all its forts were buried by the US military. The burying of the German position was done so thoroughly that many years later, locals in the area denied that there had been any German position there. It is as if history had swallowed the Maisy Battery: what mystery did that battery contain to have been eliminated from the landscape?

A German 15 cm sFH18 gun currently preserved in the Maisy Battery. The part is not one of the original battery cannons (Photo: MaisyBattery.com).

The mystery began to unravel in 2004, when Gary Sterne, a British military history buff, bought a full World War II uniform. In one of the pockets he found a map marking the Maisy Battery area as an area of strong resistance.

But how was that possible, if in that place that he himself knew there were only meadows and farmland? Gary and his son started buying land and digging in the area, gradually unearthing Maisy Battery. 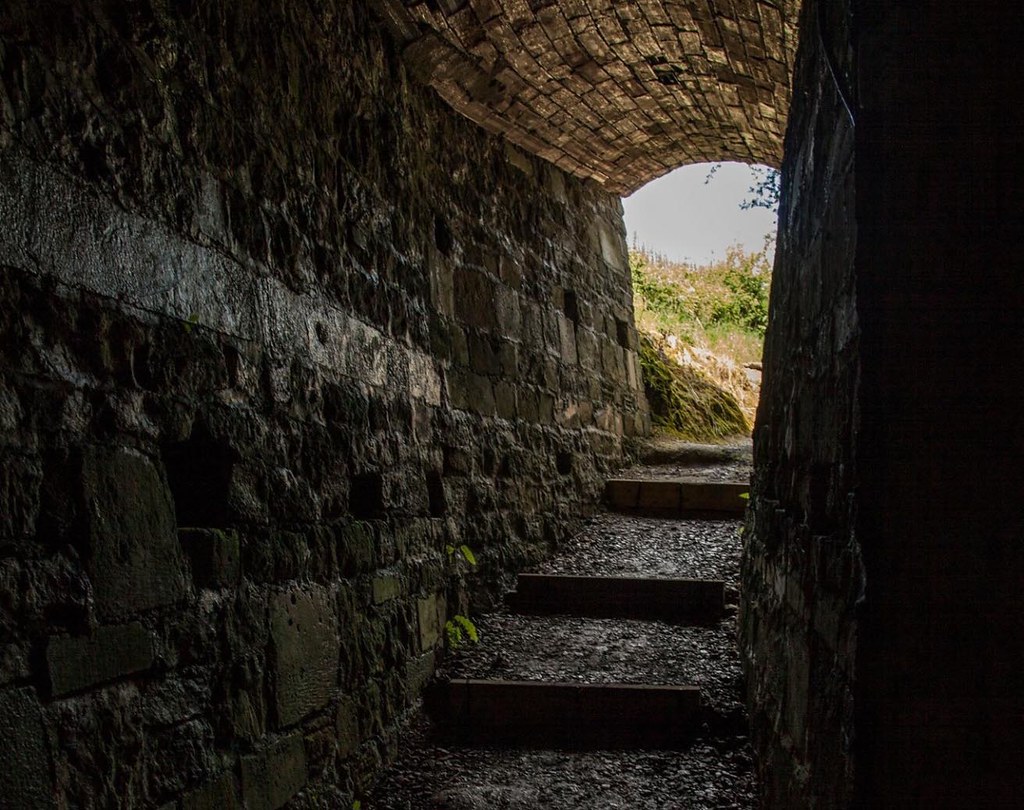 The entrance to one of the forts of the Maisy Battery. This position was literally buried by the Americans after the Battle of Normandy, for reasons that are still unknown, and it remained that way for 60 years, until it was rediscovered by the British Gary Sterne (Photo: MaisyBattery.com).

The possible causes of the burial: an intelligence error and a millionaire robbery

To this day we only have speculations about the real reasons for the burial, as they remain a mystery. However, Gary Sterne's research work also brought to light the possible secret of that battery. On the one hand, that site was for the Americans the memory of a great mistake of the intelligence services, since they overlooked it during the invasion and sent many Rangers to fight -and die- in the wrong place.

In addition, in that battery the Rangers would have found 4.2 million dollars in French currency, according to the British newspaper The Telegraph in 2008. Veterans of the 5th Ranger Battalion confirmed to Sterne that after finding that sum of money -surely intended to pay the German troops in the area - the American soldiers shared it among themselves. 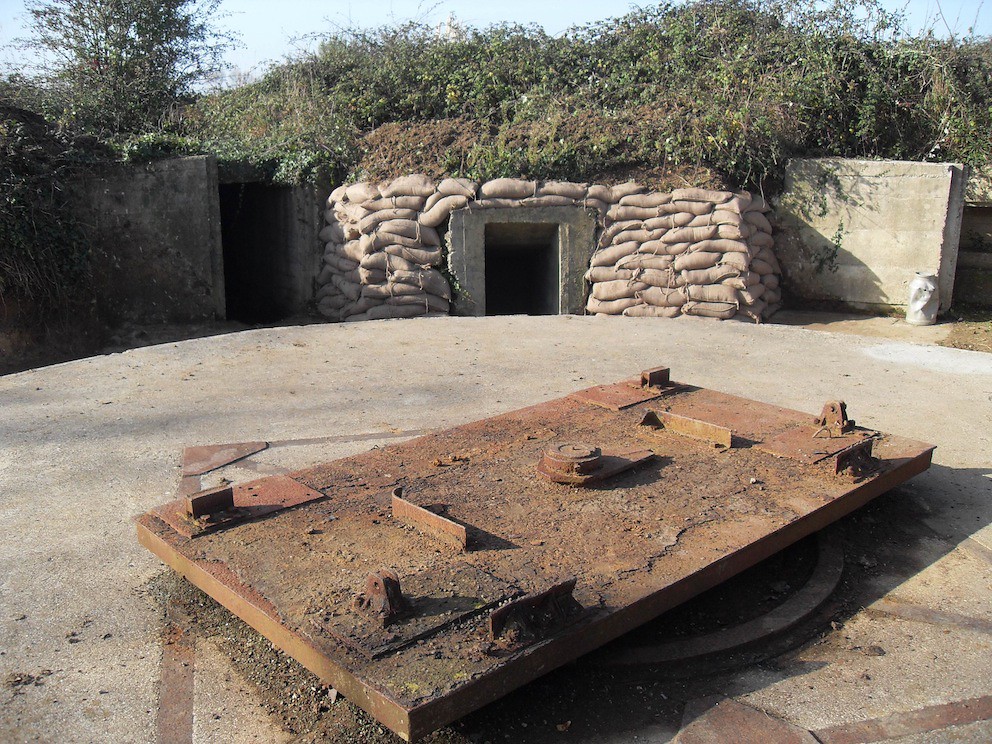 The well that occupied one of the guns of the battery. Gary Sterne and his son have spent many years digging up the old battery and making it open to the public. Excavation work is still going on today (Photo: MaisyBattery.com).

The position was divided into two batteries: Les Perruques and La Martinière

Maisy Battery, assigned to the 8th Battery of the 716th Artillery Regiment of the German Army, was divided into two nests of resistance: the WN83 and the WN84. WN83, known as Les Perruques Battery, was equipped with four old French 155mm sFH 414 howitzers from World War I. WN84, known as Battery de La Martinière, had four Czech 100mm howitzers. In addition, these positions had anti-aircraft guns. The Maisy Battery was secretly built by the Germans using slave laborers from Czechoslovakia, Poland and Russia. 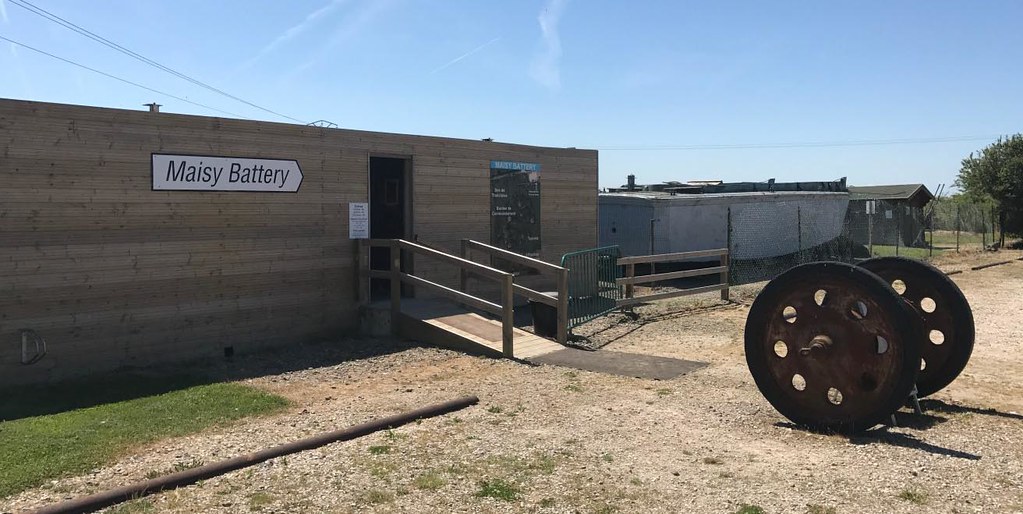 The Maisy Battery Museum, created by Gary Sterne, rediscoverer of this battery. It exhibits objects found in the excavations. The museum and battery can be visited from April to September (Photo: MaisyBattery.com)

Gary Sterne and his son now maintain the Maisy Battery Museum, displaying artifacts found during their excavations and offering tours of the unearthed pillboxes. If you go through Normandy, you can visit it from April to September (more information here). Work to unearth the old German position still continues today.

If you are interested in knowing more, I encourage you to see these two reports on the Maisy Battery published by the excellent Tropa Guripa YouTube channel, specialized in military historical recreation (I recommend you follow it if you are interested in military history topics, especially those related with World War II). The videos are in Spanish, but have English and French subtitles: