In 1955, the US Air Force began the development of the Titan program, to equip itself with a multi-stage intercontinental ballistic missile (ICBM).

The result of that program was the HGM-25A Titan I ICBM, with a range of 10,200 kilometers. Between 1960 and 1961, five launch centers for these missiles were built at Larson AFB, Washington; Mountain Home AFB, Idaho; Ellsworth AFB, South Dakota; Beale AFB, California; and Lowry AFB, Colo. In total, 54 Titan I missiles were deployed in underground silos. Each launch center was controlled by a squadron, which was in charge of three launch complexes with three Titan I missiles each. Another 29 missiles were stored, in a reserve situation.

Despite the enormous cost of this program, it was quickly made obsolete by the deployment of more modern ICBMs: the Titan II and Minuteman I, which began to be deployed in 1963. The Titans were withdrawn from service in early 1965, when they were still not even 4 years had passed since its deployment.

Each of the Titan I launch complexes was made up of three silos with their corresponding missiles, with another two silos for radar antennas, a control center, a living area for the crew of each launch site (made up of 9 people, including a cook) and other facilities that were connected by underground tunnels, so each of the complexes was enormous in size. Each complex was prepared to withstand a nearby atomic explosion, and the three launch centers of each squadron were separated by between 32 and 48 kilometers from each other, so that if an explosion fully affected one of them, the other two would not. would be affected. Each of the silos had a huge elevator to lift the missile for launch.

The Nuclear Bunker Living YouTube channel has just published two interesting videos showing the inside of one of these huge launch complexes that has been abandoned for many years. Here the first:

And here the second:

The videos are very well recorded and very powerful lighting has been used. Here you can see some screenshots of both. Here a huge elevator in the launch complex: 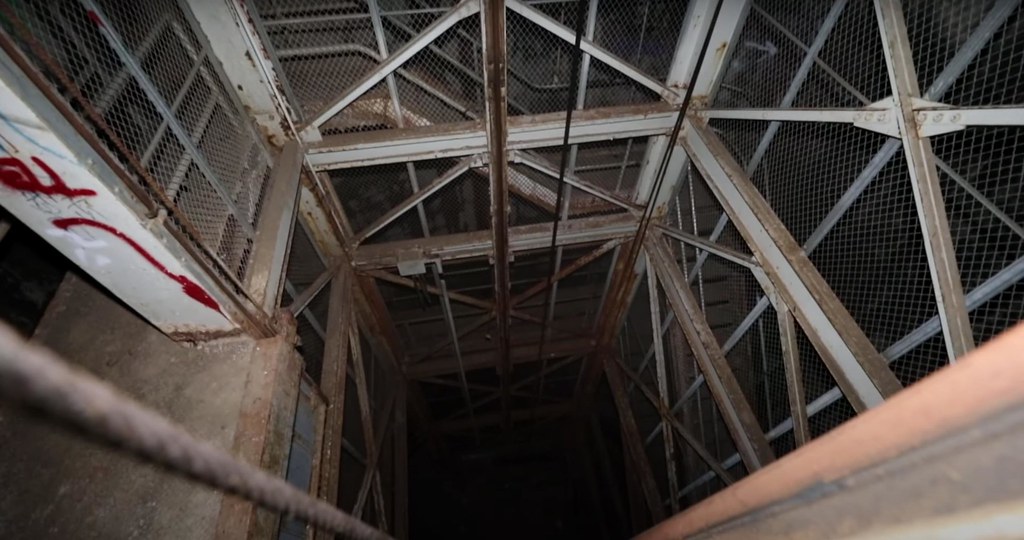 The interior of one of the silos. I don't understand how the authors of the graffiti on the other side managed to get there... 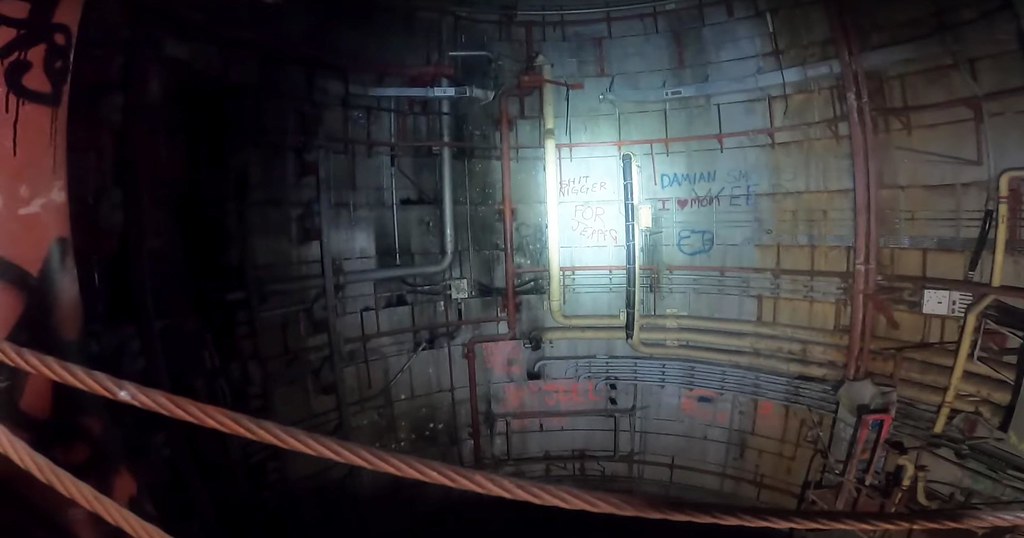 A part of the extensive network of tunnels that connected these facilities. Unfortunately, the tunnels are very deteriorated and vandalized. 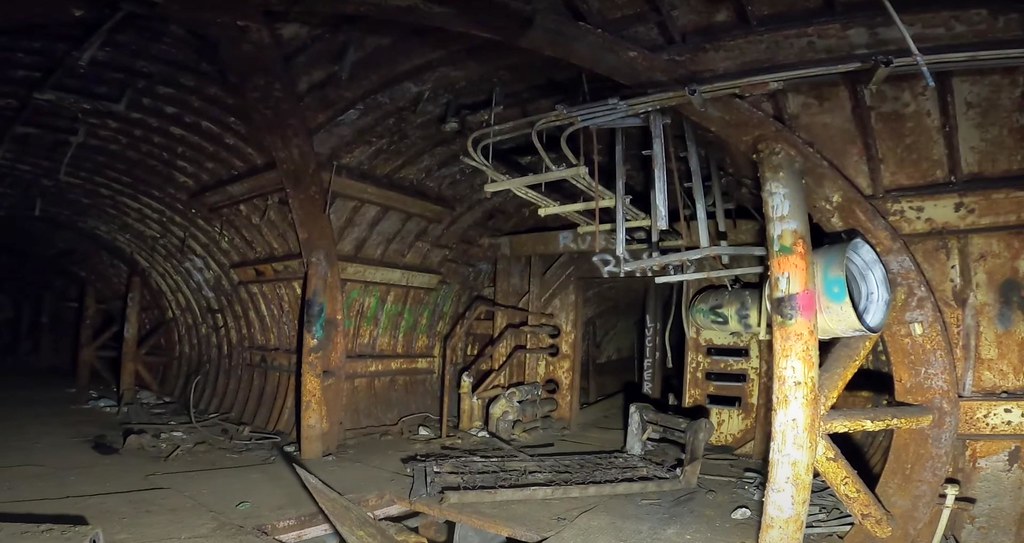 An armored gate that closed one of the tunnels. The amount of graffiti is surprising, considering that despite being abandoned, these facilities are prohibited from public access. 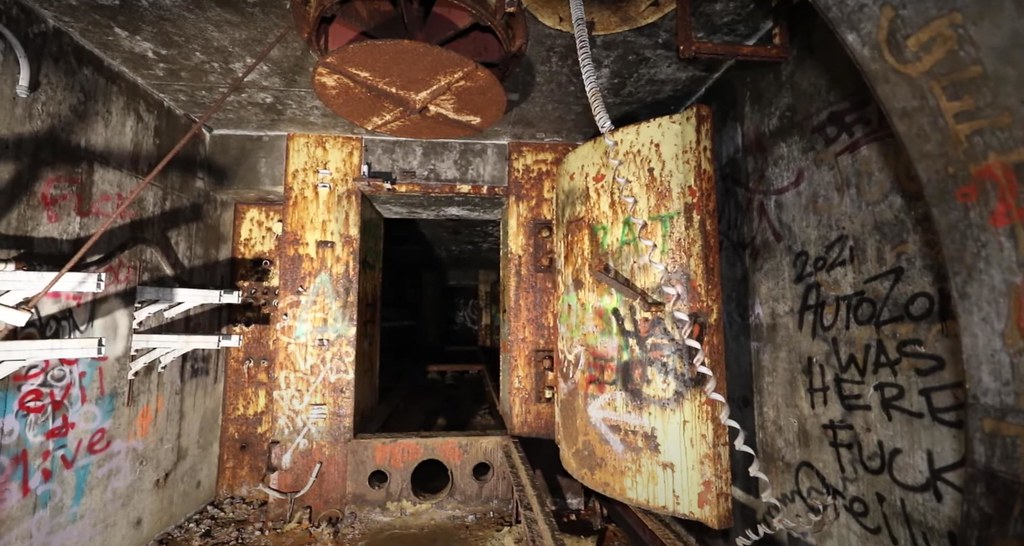 Another shot of the launch complex tunnels. If you didn't tell me this was a missile launch site, I'd mistake it for a city subway system. 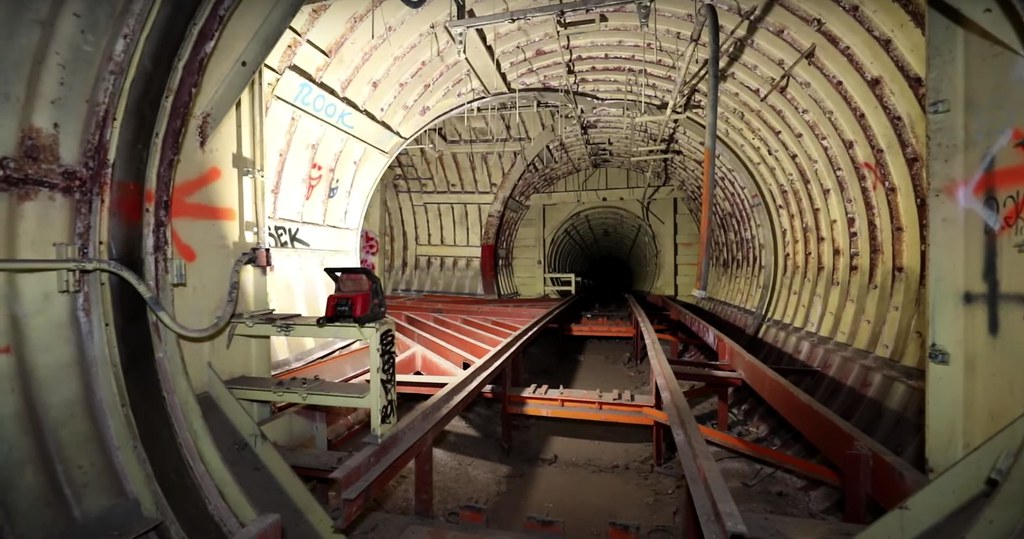 Some of the tunnels are flooded, which makes exploring this site even more dangerous. 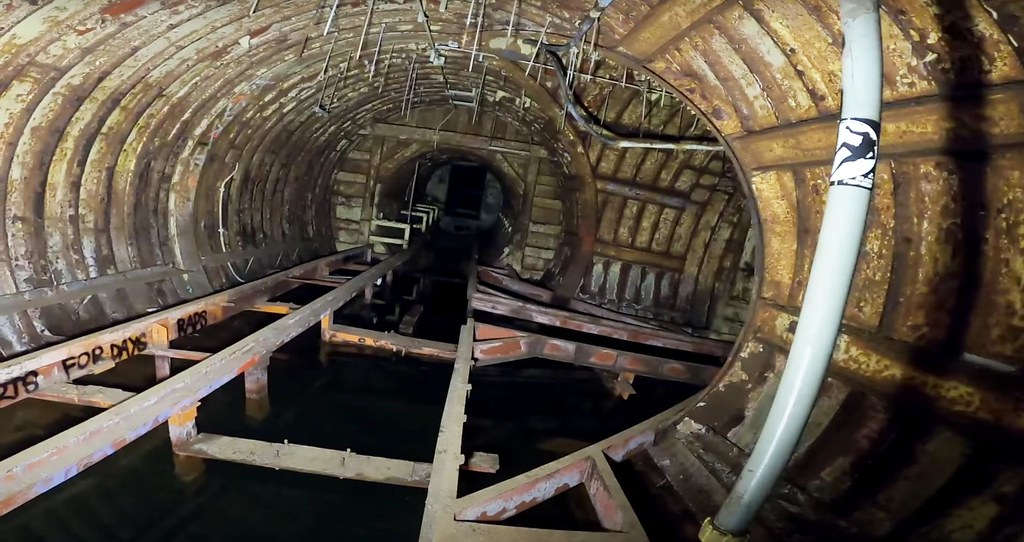